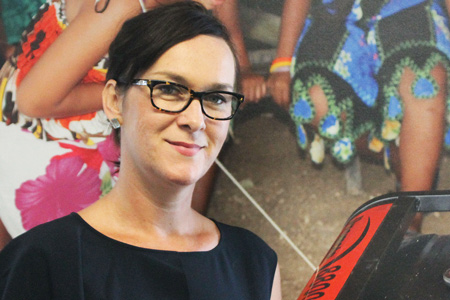 Aleta Miller joined UN Women in June 2015 as the representative at the Fiji Multi-Country Office in Suva, Fiji. Originally from a small town near Byron Bay on the east coast of Australia, Aleta comes to UN Women from Justice Centre in Hong Kong, a human rights NGO protecting forced migrants via direct services, advocacy and research programmes. She brings with her extensive experience in gender and human rights gained through a variety of positions around the world including: as a gender and human rights adviser with UNFPA in New York; working on HIV in Myanmar; managing harm reduction programmes for drug users in Australia; working with young Vietnamese refugees in Hong Kong; leading a community development project in a remote region of Papua New Guinea; and advising the Chinese Government on national initiatives with sex workers and drug users.

Aleta is an Australian registered psychologist and holds a masters degree in International Public Health. She is married with two children.