New Delhi, India — The Bureau of UN Women’s Executive Board concluded a three-day mission to India, where they gained first-hand understanding of UN Women’s work in the country through meetings and interactions with representatives from the government, development partners and media. 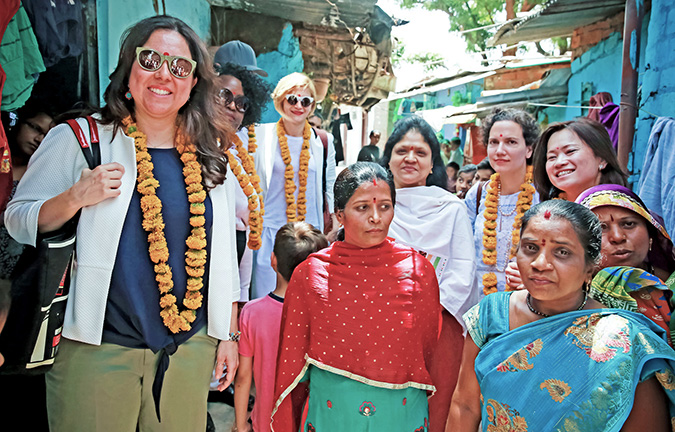 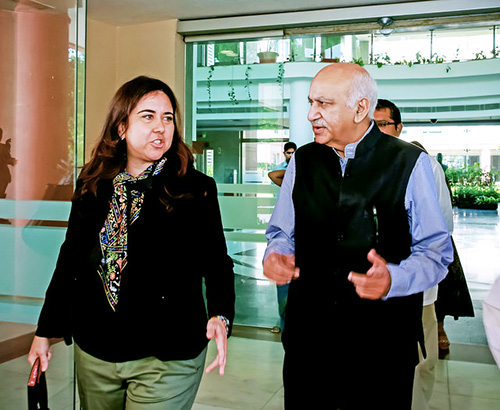 The outcome of the mission will form part of an official report that will be presented to the Executive Board during its Second Regular Session in 2017.

“The purpose of the field visit was for member states to assess the contribution of UN Women and the UN System to support and help in the implementation of the national priorities of the Government of India, said Ambassador Nusseibeh. “Our mission to India has been very significant. We have learnt a lot, and there has been a lot of reflection.”

The Board members began their mission in Bhopal, in the state of Madhya Pradesh, where they met State Government and civil society partners, including community activists engaged in efforts to make cities safer for women and girls. A roundtable with civil society partners involved detailed discussions with women farmers’ collectives, liberated women manual scavengers, and women farmers.

The delegation noted the “good sense of ownership by partners in the projects being implemented in collaboration with UN Women”. “We feel that our partners are in the driver’s seat, with UN Women playing a supportive role, which is exactly what we expect the UN to do,” Ambassador Nusseibeh said. 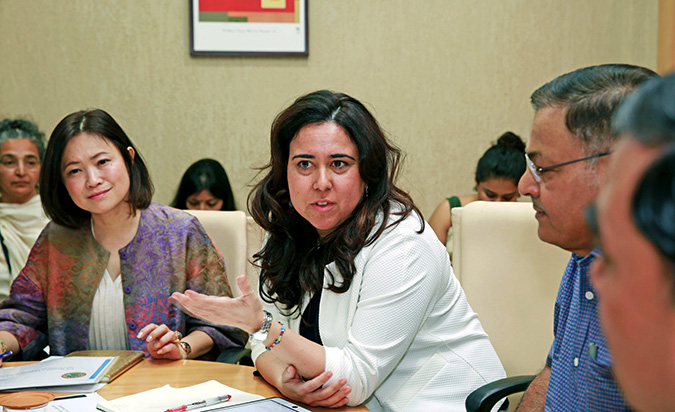 In New Delhi, the Board members met Minister of Women and Child Development Maneka Gandhi, Minister of State for External Affairs M.J. Akbar, the Secretaries of the Ministry of Rural Development and Ministry of Panchayati Raj, the Chief Executive Officer of NITI Aayog, Amitabh Kant, and the Chairperson of the National Commission for Women, Lalitha Kumaramangalam. The members expressed gratitude for the support extended by government partners to the UN in India, particularly towards the gender responsive implementation of the Sustainable Development Goals.

At @MoPRIndia #UNWomenEB discussed our recently launched joint programme on gender responsive governance, to be undertaken in six states pic.twitter.com/5dqnfLxSpb

The delegation also met representatives of the Centre for United Nations Peacekeeping and the Rapid Action Force, acknowledging and appreciating their leadership in training national and international peacekeeping troops on prevention and response to conflict related sexual violence.

At a consultation of civil society partners in New Delhi, the members expressed their appreciation of the organisations, terming them “a dynamic source for innovative initiatives, ideas and policy perspectives to assist UN Women in achieving its strategic goals.”

The delegation noted the ability of UN Women to work on normative settings with partners and to also implement operational responses on the ground, an essential element of development work.

“We appreciate the efforts of UN Women to ‘leave no one behind’ by fostering meaningful dialogue with all segments of society,” the members said, taking particular note of ground breaking projects such as the ‘Women Transforming India’ campaign being anchored by NITI Aayog, trainings of women leaders at the panchayat (local governance) level in partnership with the Ministry of Panchayati Raj, the Safe Cities project, the mainstreaming of gender in rural livelihoods programmes, and a flagship programme on women’s access to energy.

At a meeting with media persons, the delegation learnt about the overall media landscape, successes and challenges relating to reporting on gender, and avenues for closer, substantive collaborations.