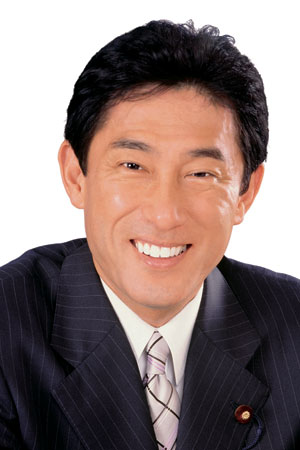 Japanese Foreign Minister Fumio Kishida, refers to his Government's contribution of nearly USD 5 million to UN Women’s core budget and over USD 14 million to projects and programmes financed through its non-core budget, bringing Japan’s total funding for 2015 to USD 19,244,181 million – more than double its 2014 donation. In an interview, Minister Kishida reinforces messages by Prime Minister Shinzo Abe underlining Japan’s commitment to gender equality and desire to become one of UN Women’s top contributors.

Japan is one of UN Women's newest donors to substantially increase its contribution beyond the USD 10 million mark. Why is this type of funding important to provide and sustain?

Creating “a society in which women shine” is of universal relevance. Women’s empowerment and participation as well as the protection of their rights in the area of women’s healthcare and peace and security are priorities for the Government of Japan. For those purposes, we are currently implementing our commitment of more than USD 3 billion in ODA over three years, between 2013 and 2015. Furthermore, our contribution to UN Women increased ten-fold compared to 2013 and is twice the amount of last year.

Twenty years ago, the Fourth World Conference on Women was held, and since then the United Nations, UN Member States and various bodies have been multiplying efforts to create gender-equal societies through the implementation of the Beijing Platform for Action. Nonetheless, many global issues have not been solved yet, including poverty, violence, conflict and terrorism, and social customs that impede women’s social, economic and political opportunities. The international community needs to accelerate its initiatives to advance human security. In these circumstances, it is important that the Government of Japan proactively contribute to these initiatives and lead the international community through our support to UN Women.

The Government of Japan also hosted the World Assembly for Women (WAW!) last September in Tokyo with the participation of 100 national and international leaders who actively work on women’s issues including UN Women Executive Director Phumzile Mlambo-Ngcuka. To continue the discussion on women’s empowerment, we will hold the second WAW! in Tokyo this year in August. We hope that WAW! will become the platform for discussion on gender equality issues.

How important will gender equality and women's empowerment be for your Government's multilateral aid policy?

In September 2013, Prime Minister Shinzo Abe devoted more than half of his address at the sixty-eighth session of the General Assembly of the United Nations to the issue of women’s active role and women’s empowerment. He pledged more than USD 3 billion in ODA over three years, , for women’s empowerment and gender equality, which demonstrates the importance of this issue in Japan’s international cooperation.

For the first time in 12 years, the Government of Japan revised the ODA Charter and established the new Development Cooperation Charter in February 2014. In this charter, the promotion of women’s participation at every phase of development is presented as an implementation principle. The charter also places emphasis on the promotion of basic human rights including women’s rights, and assistance for women’s empowerment as well as the protection of women and their participation in peacebuilding. As Prime Minister Abe stated at the sixty-ninth session of the General Assembly of the United Nations in September 2014: “We intend to make the 21st century a world with no human rights violations against women.” The Government of Japan is making steady efforts to create a society in which women shine and is leading the international community in this regard.

A UN Women Japan Liaison Office opened in April 2015. What does Japan expect from the opening of the liaison office?

As the only organization focusing on women’s issues within the United Nations, UN Women deals with various initiatives regarding women’s participation in society, natural disasters and women, and the elimination of violence against women, etc. Given that liaison offices substantively engage with Member States and other partners through various initiatives, we expect that the UN Women Japan Liaison Office will enhance UN Women’s influence on gender issues in the region. We would like to strengthen our relationship with UN Women through this liaison office, and take the initiative on gender equality issues not only in Japan but also in Asia, a region that is rapidly developing.

Related News
12/07/2022
Statement on the assassination of His Excellency and HeForShe Champion Shinzo Abe
11/08/2021
ASEAN-Japan sports figures and young leaders convene for gender equality in sports
09/06/2020
Press release: The Government of Japan funds UN Women programmes to address the challenges of women and girls during COVID-19
15/11/2022
Afghan journalist Zahra Nader
14/11/2022
Unlocking the full potential of women in the economy
END_OF_DOCUMENT_TOKEN_TO_BE_REPLACED