For the first time a comprehensive data collection and management system on labour migration has been created in the People’s Democratic Republic (PDR) of Lao. The system will monitor the legal protection for women migrant workers in Laos, one of the largest sending countries of women labourers to other parts of Asia and the Pacific.

In line with the national Labour Development Strategy, CEDAW Concluding Observations on Women Migrant Workers, the Ministry of Labour and Social Welfare (MOLSW) organized a training on the use of much-needed sex-disaggregated data system. It benefited participating senior government officials, government agencies and non-governmental organization representatives. It was presided by Mr. Bounkong Lasoukan, the MOLSW Deputy Minister and President of Sub-national Commission for the Advancement of Women. 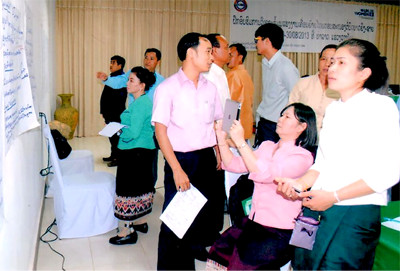 UN Women provided technical and financial assistance to MOLSW, including in institutional capacity building. With UN Women support, MOLSW conducted a study, led by an international consultant, involving key stakeholders collecting data on labour migration. It was apparent during this process that government agencies could benefit from international experiences and standards on data collection.

The study led to increased knowledge and understanding of government officials on sex disaggregated data systems. The study outputs were reported at the sixth ASEAN Forum on Migrant Labour in Brunei in November the following year of which the main theme is data collection and sharing.

The study and training are part of an initiative to enhance the capacities of the Ministries of Labour, Interior (Immigration, Police), Foreign Affairs, Police and media institutions to promote gender equality and women migrant worker’s human rights, and mainstream into their operations. This is in line with the ten-year Labour Development Strategy towards 2020, and the CEDAW Concluding Observation on Women Migrant Worker in 2009. 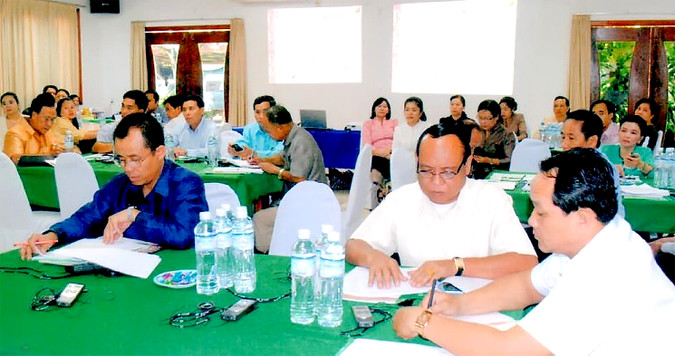 Moreover, the results of the report and data collection system identified is continuing to add value to the work of government through MOLSW, Lao National Commission for Advancement of Women, related government agencies as well as ILO and IOM, NGOs and CSOs, and anti-human trafficking network in Lao PDR.

Related News
21/06/2021
Keomouangluang’s journey: From migrant domestic worker to mushroom entrepreneur
09/12/2020
“It is more important than ever that women migrant workers know where to get help.”
01/03/2017
Take five: “Women in the organization view themselves as leaders”
14/11/2022
UN Women Goodwill Ambassador Anne Hathaway calls on leaders of the business community worldwide to put women at the heart of economic growth
03/11/2022
Jazz and UN Women join hands to digitally empower 10,000 Women
END_OF_DOCUMENT_TOKEN_TO_BE_REPLACED