Bangkok, Thailand - Over the next 3 days, the Australian Embassy on Sathorn Road will be lit up in orange to raise awareness and encourage action to stop violence against women. Orange has been chosen as the colour as it is a bright and optimistic colour, representing a future free from violence against women and girls for the United Nations Secretary-General’s campaign “UNiTE to end violence against women”. By lighting the Embassy building in this symbolic colour, the embassy expresses support for the campaign, locally and internationally. 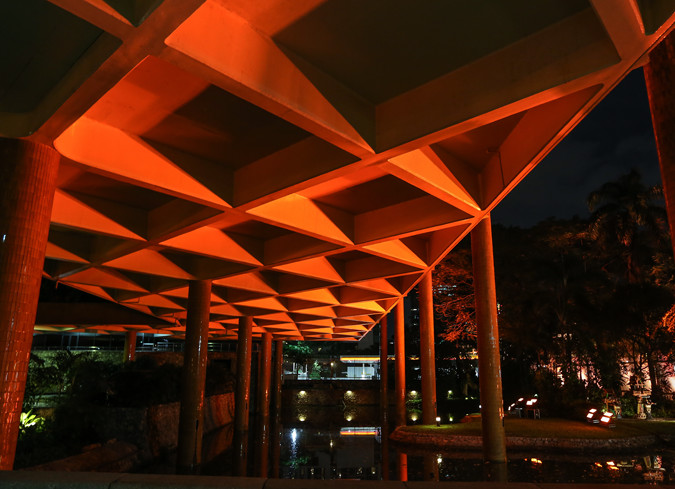 In support of Thailand’s White Ribbon and the United Nations’ Orange the World campaigns, on 25 November - the International Day for the Elimination of Violence against Women - the Australian Ambassador to Thailand joined distinguished guests, including a large contingent of influential young people, at an event to raise awareness and take action to stop violence against women. 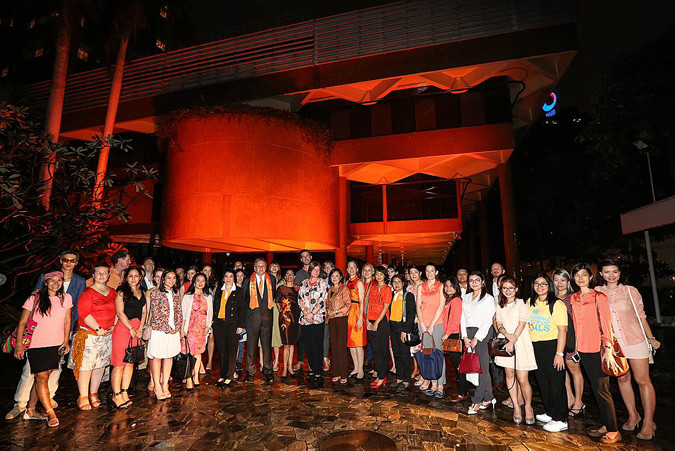 “Eliminating violence against women, everywhere, is an Australian Government priority domestically and is a part of Australia’s foreign policy and overseas aid program. As November is Thailand’s campaign month for ending violence against women and children, Australia also takes this opportunity to congratulate Thailand for its efforts especially through the work of the Ministry of Social Development and Human Security” said H.E. Mr Paul Robilliard, Australia’s Ambassador to Thailand. 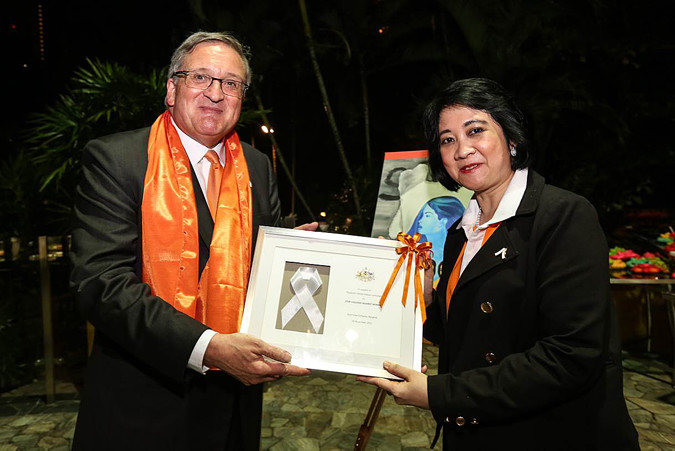 Australia has looked towards male champions for change, to support our efforts to end violence against women and reminding us that it is everyone’s responsibility to work towards gender equality.

Australia will be sharing its experience at a UN experts dialogue on Preventing Violence Against Women on 1-2 December 2015 in Bangkok.