Punjab, Pakistan – The Government of the Punjab has set up a taskforce to fast-forward women’s empowerment agendas, including working closely with UN Women to create policy environment for women informal workers in the province. 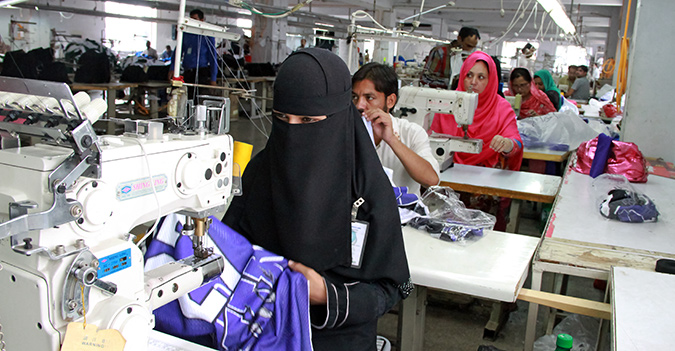 Punjab Chief Minister Mian Shahbaz Sharif early this week constituted a provincial taskforce for facilitating the coordination of women’s empowerment initiatives, and scaling up activities and awareness campaigns across relevant frameworks including but not limited to the Pakistan Women Entrepreneurship Programme (PWEP), the Convention on the Elimination of All Forms of Discrimination Against Women (CEDAW) and the Sustainable Development Goals (SDGs).

Ms. Fiza Farhan, Member of the UN Secretary-General’s High-Level Panel on Women’s Economic Empowerment has been appointed Chairperson of the Task Force by the Chief Minister of Punjab. The Task Force on Women Empowerment will be led by Fiza and comprise of eminent officers of Public Sector departments such as the Secretary, Women Development; Secretary, School Education; Secretary, Primary & Secondary Healthcare, Members of the Provincial Assembly and Senior Member, Law & Order (Special Monitoring Unit, Chief Minister’s Office) among other key stakeholders from the public sector and civil society.

This Task Force is in line with a ‘Call to Action’ included in the first report of the High-Level Panel for Women’s Economic Empowerment in September 2016, which emphasized the need for increased partnerships and commitments to accelerate progress under the 2030 Agenda for Sustainable Development. The findings which called on different stakeholders to promote women’s leadership in driving sustainable and inclusive, environmentally sensitive economic growth, recommended key actions by governments, the private sector, United Nations and multilateral organizations as well as the civil society.

In bringing this global initiative to Pakistan, Fiza in partnership with the Government of Punjab and UN Women Pakistan launched the ‘Call for Action Campaign’ engaging key players to promote economic, social, legal and political empowerment for women in both rural and urban settings. Significant achievements in Punjab towards women’ s empowerment, included the strengthening of gender responsive infrastructure in the public sector through the Women Empowerment Package led by the Women Development Department, a report on the “Punjab Gender Parity Report” and the allocation of 9.2 Billion Pakistan Rupees to implement the ‘Women’s Empowerment Package” within Punjab.

The Government of the Punjab is making great strides towards strengthening the policy environment for women informal workers in the province in collaboration with UN Women Pakistan and a survey is currently underway to enumerate women home based workers to support the adoption and implementation of the relevant policy and legislation.

UN Women had also recently supported 18 private sector companies to sign the Women’s Empowerment Principles in Punjab and Sindh encouraging them to commit to gender responsive practices in their businesses.

UN Secretary-General’s High-Level Panel on Women’s Economic Empowerment consists of 18 Panel Members chaired by Secretary-General Ban Ki-Moon and having the Honorable Luis Guillermo Solís Rivera (President of Costa Rica) and Simona Scarpaleggia (CEO, IKEA Switzerland) as Co-chairs. Other Panelists include Jim Yong Kim (President World Bank), Christine Lagarde (Executive Director International Monetary Fund), Justine Greening (Secretary of State for International Development UK) and Guy Ryder (Direct General, and International Labor Office) amongst other prestigious leaders from the international development and political space. Over the course of one year the Panel will devise a framework to close large, pervasive and persistent gender gaps in the world of work. The Panel Secretariat is hosted by UN Women, and is backed by the World Bank Group and the Government of the United Kingdom.

Related News
21/09/2021
UN Women puts spotlight on the role of CSR for Women’s Economic Empowerment in Pakistan
26/05/2021
From where I stand: “Many households are prospering because of our work.”
19/02/2021
Inclusive consultations are essential for effective governance of customary land in Solomon Islands
27/07/2020
UN Women, NCSW launch Young Women in Pakistan: Status Report 2020
24/06/2020
I am Generation Equality - Female leadership during COVID-19
END_OF_DOCUMENT_TOKEN_TO_BE_REPLACED