Tropical Cyclone Winston One Year On

Suva, Fiji — When Tropical Cyclone Winston devastated Fiji a year ago this month, UN Women and other international organizations helped people recover. But it was local organizations that led the way in reaching many of the storm’s less visible victims – the elderly, people with disabilities, and those suffering psychological trauma. 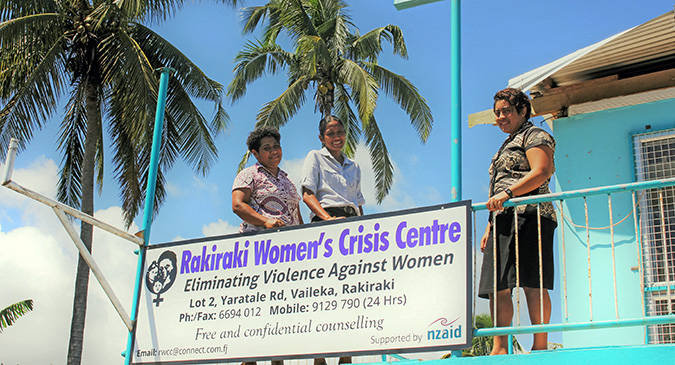 The cyclone damaged entire villages and communities, killed 44 people and left 40,000 people in need of immediate assistance, according to government figures.

UN Women quickly raised money and distributed it to key local non-government organizations: Fiji Women’s Crisis Centre, Empower Pacific, Fiji Disabled People’s Federation, and Medical Services Pacific. Often it is the local organizations that are best at assisting communities during disasters because they have worked there for long periods and have the staff and the relationships to move services and goods out quickly to those in need. They also often have the best understanding of, and access to, affected people who may be less visible. 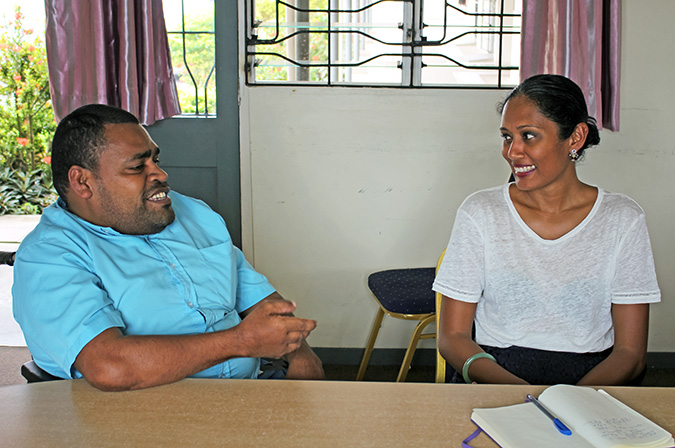 Peni Rawaidranu, a staff member, helped assess their needs so that the assistance could be tailored to each individual’s situation.

“It was such a moving experience to connect with people, to see how much they felt respected and valued,” Mr. Rawaidranu said. “As someone in a wheelchair myself, they could see that people with disabilities are not just people in need – we are capable of mobilizing to reach out and help others.”

Young women with disabilities were employed to prepare the individually tailored dignity packs ready for distribution by teams of volunteers, to more than 550 people with disabilities across some of the worst-hit areas and islands. Their work was empowering and inspiring for the people they assisted, but also a real shift in perspective for some of their families and others in their communities.

Empower Pacific provided psychological counselling. “People can rebuild destroyed homes and give food, but it’s addressing the emotional trauma that’s most important,” said Bimla Madavan, one of the counsellors.

Another counsellor, Mereoni Rakula, said the funds from UN Women enabled the group to send a team to provide “psychological first aid” on Koro Island and other communities.

“There were men facing significant trauma from the sense of helplessness they felt during the cyclone, for themselves, their families, their homes and livelihoods,” she said. “There were women who felt the loss of privacy that came from having every living and man-made structure, from houses to bushes, stripped away by the cyclone. There was simply nowhere for them to go for privacy, or to hide from violence.”

Two in three women in the Pacific nations experience gender-based violence, which gets worse in emergency situations.

At the same time that Ms. Momoyalewa and other staff members were helping these women, they were rebuilding their own lives, as they too were hurt by the cyclone.

“These are great local organizations we partner with,” said Aleta Miller, Representative for UN Women’s Fiji Multi-Country Office. “Their staff rose from their own suffering and stepped up, using their skills and resources to support fellow Fijians affected by the cyclone.”