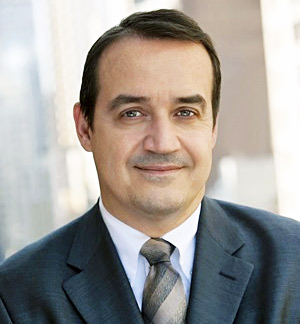 UN Women Deputy Executive Director for Policy and Programme, Yannick Glemarec will visit Australia this week, from 9 – 12 October, and the Solomon Islands, from 12 – 14 October, to step-up progress on women’s empowerment following the adoption of the 2030 Agenda for Sustainable Development.

While in Australia, Mr. Glemarec is expected to meet with Government representatives, including the Minister for Foreign Affairs, Julie Bishop, to discuss the country’s vital role in supporting the advancement of gender equality moving forward. Australia is one of UN Women’s strongest supporters, and has provided critical political and financial support since its establishment, being UN Women’s 5th largest overall donor in 2016. UN Women and Australia share a commitment to advancing gender equality and women’s empowerment in the Indo-Pacific region, and globally.

During his visit, Mr. Glemarec will also participate at the “Women World Changers Summit” in Melbourne on 9 October, to drive critical dialogue on the impact and economics of women, diversity and culture on business growth. At the event, he will join Valerie Jarrett, leading keynote speaker and Senior Advisor to former US President Barack Obama, and Elizabeth Broderick, Australia's longest serving Sex Discrimination Commissioner (2007 – 2015).

He will also attend a public lecture held on 11 October in Canberra on the SDGs and gender equality, co-hosted by the Department of Foreign Affairs and Trade and the 50/50 by 2030 Foundation. One of the key issues that will be discussed at this event is the importance of greater production and use of quality gender statistics. With 80 per cent of the indicators for gender equality across the SDGs lacking data, statistics that adequately reflect the lived realities of women and men, girls and boys, are indispensable tools for monitoring progress and developing evidence-based policies and solutions to achieve gender equality and women’s empowerment.

The Deputy Executive Director will meet with members of the private sector and philanthropic leaders in Australia to talk about the importance of the Sustainable Development Goals (SDGs) and what they mean for achieving a gender-equal world.

Later this week, Mr. Glemarec will travel to the Solomon Islands to visit some UN Women programmes. One of these visits is expected to be to the Markets for Change, a programme which ensures that marketplaces in rural and urban areas are safe, inclusive, and promote women’s participation in decision-making and leadership, with financial support from Australia. The Solomon Islands is currently the country with the broadest range of programmes in the region.

A meeting with Solomon Islands Prime Minister Manasseh Sogavare is also foreseen, whose Government has been instrumental in advancing gender equality in the country, for instance through the adoption of the National Action Plan on Women, Peace and Security.