Phnom Penh, Cambodia — Civil society organizations in Cambodia celebrated International Women's Day (IWD) through arts and creativity with technical support from UN Women Country Office and with kind support from the Swedish Embassy. People from various backgrounds and ages came together, standing in line waiting to register their names to a festival under the slogan "Strength of Cambodian Women". 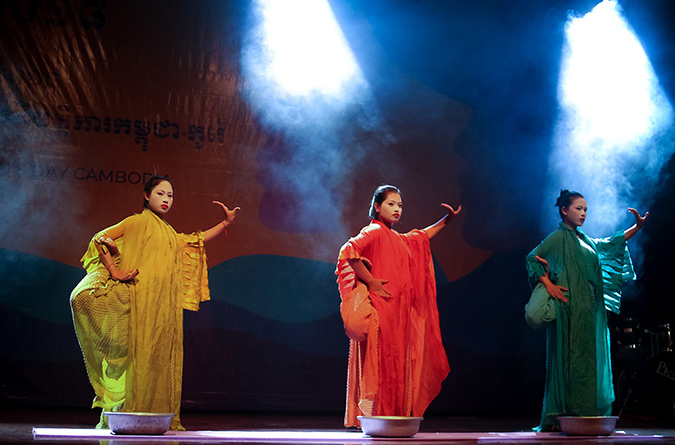 Businesswoman Sor San, 23, said she was delighted to see more Cambodian young women becoming increasingly active in society, across different sectors. The increase in women's inclusion is particularly notable when men encourage and support them, she said. "I am disabled but I am proud of myself even though I am a woman with disability. I am capable to participate and contribute to the society, and the opportunities given make me feel that I am brave and not lonely," said San. 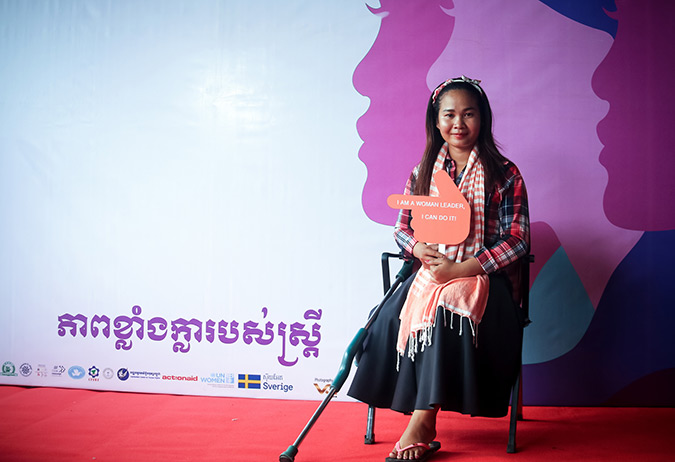 Ms. Sor San, businesswoman joint the International Women's Day in Cambodia with the message: "Being a woman with disability is my pride. I am a woman and was born with a disability, but I engage and participate a lot in the society which makes me brave and makes me feel that I am not lonely." Photo: UN Women/Sreynich Leng

Approximately 400 people joined the festival, which featured performances and creative activities. These included a contemporary dance performance by the troupe New Cambodian Artists and music from The Messenger Band, reflecting Cambodian women's strength, courage and solutions to achieve gender equality. There was also a solidarity dance together with young artists from the Music Art School, as well as inspiring and engaging TED talks by young emerging leaders and the feminist tour at six booths representing six different topics namely: women at work; women in the media; women leading in the community; women's bodies: freedom from violence and sexual and reproductive health and rights; men engaging: men sharing responsibility; and beyond binary: LGBT rights and issues. 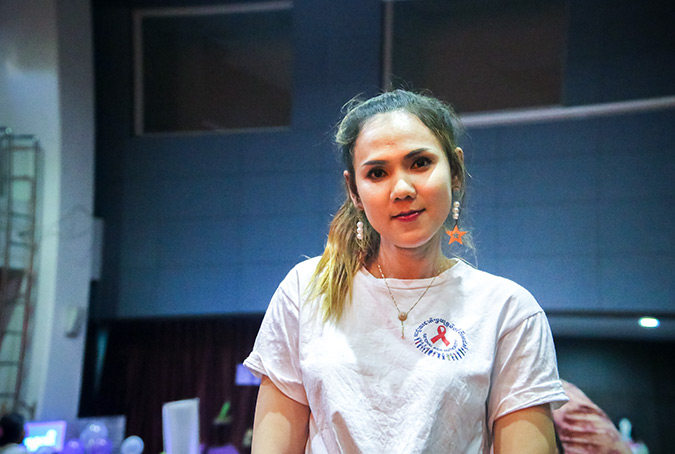 Trans woman Rith Rasy, 28, has been engaging with an LGBT network for some time but was impressed by the size of the event, and pleased that LGBT people and their concerns had been included and fully supported as part of the celebration of IWD. "There is an LGBT booth outside which is a nice preparation. People can learn more information and study more about LGBT challenges and rights there, and I wish more LGBT people could join such event." 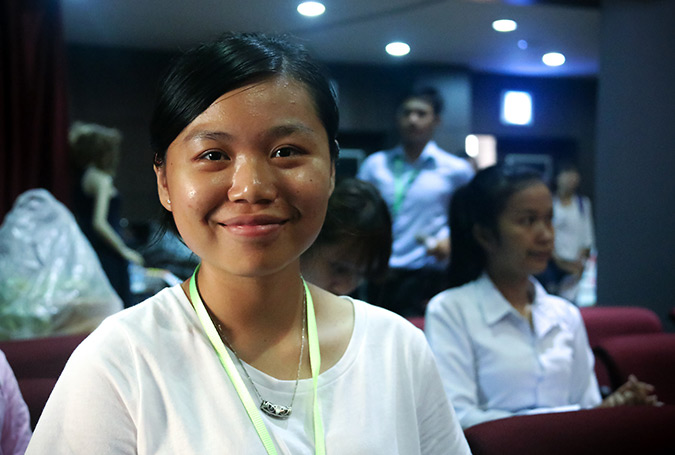 Ek Apsara, a freshman of Puthisastra University, joiedt the International Women's Day in Cambodia with the message"Women have to come together in order to solve our common problem. Do not hide it or keep it to oneself. We have to learn to value ourselves before asking others to value us." Photo: UN Women/Sreynich Leng

Eak Absara, 18, a student from Pannasastra University of Cambodia said she enjoyed the diversity of the topics addressed in the TED talks, including her favourite, women in the media. The speakers "encourage other young women to be brave to talk and share and join together to empower other women," she said. "However, I think women have to celebrate and value their own strengths and achievements first before asking others to do so. In order to achieve gender equality, we also need the support from men and everyone." 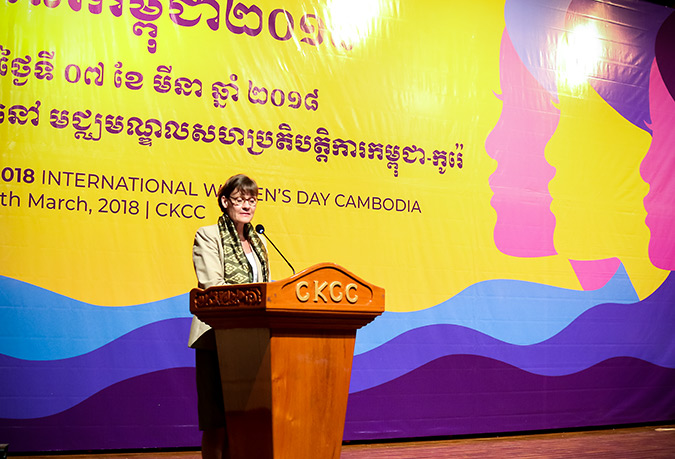 With this 2018 IWD theme Celebrating women's strength, Her Excellency Kim Siphat, Director of Gender Equality and Economic Development of the Ministry of Women's Affairs highlighted in her welcome remark that to empower women and gender equality we need both women and men to work together. She also pointed out that Cambodia has been closing its gender gap, rising through the ranks of countries from position 112 in 2016 to 99 in 2017 out of 144, citing the World Economic Forum's Global Gender Gap Report. "This has shown the worth of the effort everyone has put in," she said.