Challenging the misconceptions of sexual violence

Bangkok, Thailand – As countries around the world reassess their views and approaches to sexual violence, in Thailand an exhibition that showcases victims’ clothing challenges the notion that women’s appearance and behaviour are to blame when they are assaulted and asks audiences to question the acceptance of sexual violence. 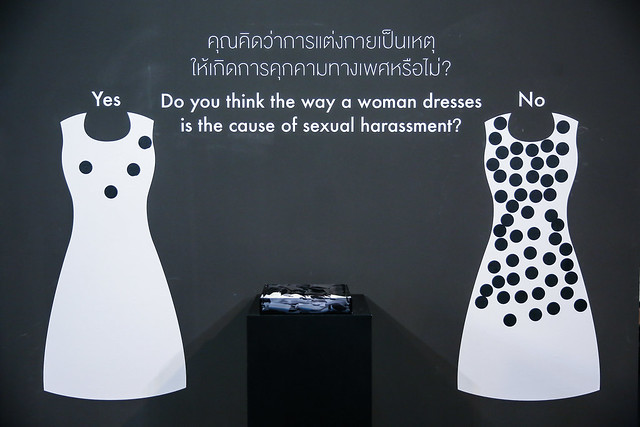 The exhibition will be on display at Siam Paragon, Bangkok, from 25 June to 1 July and at the Bangkok Art and Culture Centre, from 3 to 15 July. By displaying the clothing victims wore at the time of the assault-from sweat pants to overalls- the exhibition will challenge the misconception that women are to be blamed for rape and sexual assault. The exhibition will also feature photographs and other interactive elements to invite the audience to question the ideas that sexual violence is acceptable, shameful, that women are responsible, or should not be spoken about.

The exhibition, titled Social Power Exhibition against Sexual Assault, is part of the campaign #DontTellMeHowToDress, organized by the campaign founder Cindy Sirinya Bishop. Thailand’s answer to the #MeToo movement, the #DontTellMeHowToDress campaign, is an initiative led by local celebrities and activists to challenge social attitudes around sexual violence and the treatment of victims. 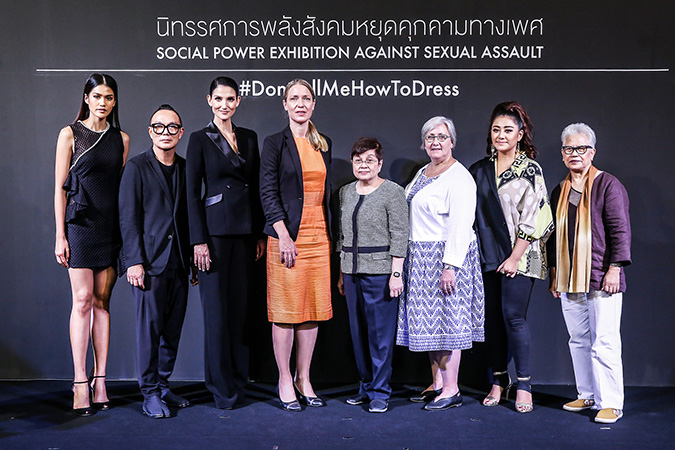 “Sexual harassment and assault is a very big issue in our society, but it’s an issue no one really talks about,” said Sirinya Bishop, a well-known model and actress. “There are many myths, stereotypes and a culture of victim blaming when it comes to women who have been assaulted. Women who do report sexual harassment and violence tell us they need better support by friends, colleagues, families, and communities.”

"The sexual harassment incidences that Women and Men Progressive Movement Foundation has been collecting since 2015 show that victims of sexual harassment are younger than they were in the past. Most of the perpetrators are family members and close friends," explained Associate Professor Apinya Wechayachai, Director of Women and Men Progressive Movement Foundation. “The news reports often blame sexual violence on alcohol and drugs. However, according to multiple research studies, the fundamental factor is with men’s dominant attitudes and traditional perceptions of manhood. To end sexual violence, we need to engage with men and boys and empower women to break the myths.

A recent UN study, The Trial of Rape: Understanding the criminal justice system response to sexual violence in Thailand and Viet Nam, found that there are widespread misconceptions around sexual violence. The study demonstrates that many police and justice officials believe common myths about sexual violence, such as, that sexual assault must result in visible injury if the incident truly happened without consent, and that sexual violence is usually perpetrated by a stranger. Too often, women do not seek help because when they do speak out, many feel blamed for the violence committed against them by the very people tasked with protecting them.

To challenge misconceptions around sexual assault, the #DontTellMeHowToDress campaign aims to debunk the myth that women should avoid dressing provocatively or exposing themselves to the risk of assault. It aims to bring sexual harassment and assault into a public discussion. This includes questioning the silence which does not hold perpetrators accountable for their actions and the common impulse to question the behaviour of the victim rather than the perpetrator of sexual violence. 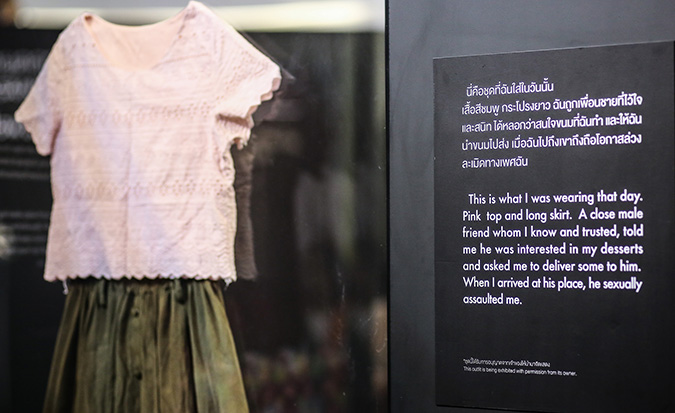 “What makes the #MeToo movement unique and powerful is that it sheds light on women’s experiences, it has given them space to speak out, be heard and be supported, and has led to perpetrators being held accountable. Ending the culture of silence around sexual harassment and sexual violence will happen when this is discussed openly and when victims can speak out and receive immediate support. These can be uneasy conversations to have, but they are essential,” Anna-Karin Jatfors, Regional Director Ad Interim of UN Women Regional Office for Asia and the Pacific, remarked.

The exhibition will run from the 25 June to 1 July 2018 at the Siam Paragon and from 3 – 15 July at the Bangkok Art and Culture Centre. 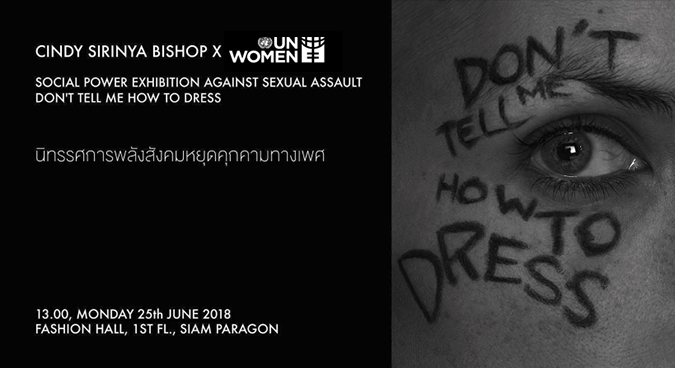 UN Women is the UN organization dedicated to gender equality and the empowerment of women. A global champion for women and girls, UN Women was established to accelerate progress on meeting their needs worldwide.

Related News
04/10/2022
Protect the rights of all Afghans
20/12/2021
Joint Statement: UNHCR and UN Women join efforts to protect and uphold the rights of women and girls in Afghanistan
11/08/2021
Take Five: “Make sure all toxic cycles of family traditions end with you”
28/06/2021
I am Generation Equality: Saraban Tahura Zaman, bodily autonomy and sexual and reproductive health and rights activist
14/02/2019
Activists battle multiple kinds of discrimination to secure right to citizenship in Myanmar
END_OF_DOCUMENT_TOKEN_TO_BE_REPLACED