“Enough is enough”: Thai survivor activists and women’s rights advocates speak up to challenge acceptance of violence against women and girls

Bangkok, Thailand — Survivors must be heard, believed and supported, and new action is needed more than ever to prevent and respond to violence against women and girls in Thailand and beyond. That was the key message underscored through deeply personal and powerful stories shared to commemorate the International Day for the Elimination of Violence against Women at E.Quality Talks events in Bangkok, Thailand. 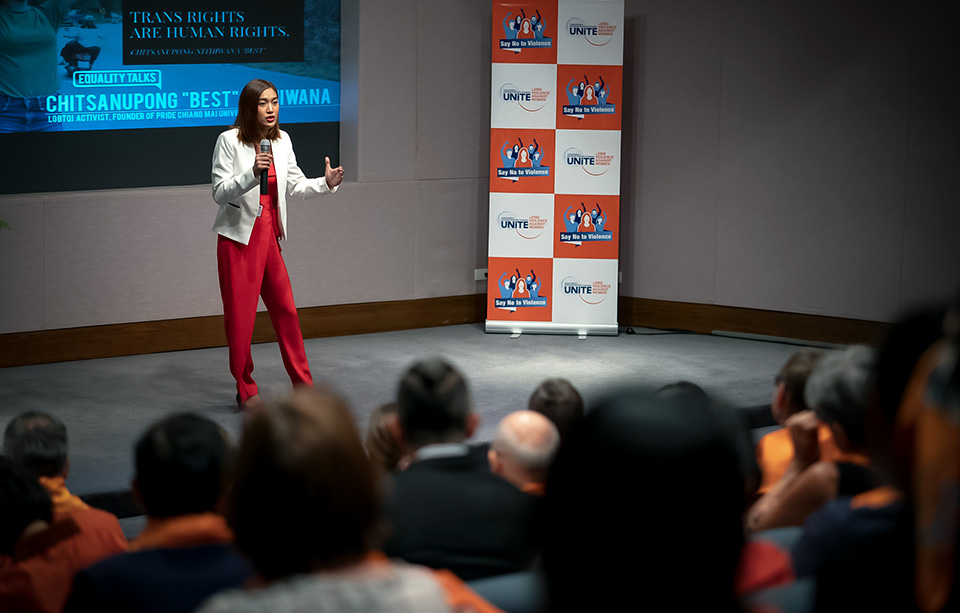 Two similar events, but with different sets of speakers and different companion exhibitions were organized by the UN Women Regional Office for Asia and the Pacific, in partnership with the UNiTE working group, Alliance Française Bangkok, the Embassy of Canada to Thailand, and the Embassy of the Kingdom of the Netherlands to Thailand.

Worldwide, on average, one in three women experiences some form of violence or abuse during her lifetime. In many countries, that figure is considerably higher. Far too often, survivors do not speak out or seek help—often for very good reasons. Many have been threatened and do not know where to go to find respectful and sensitive support. What is surprisingly consistent is that many survivors feel silenced by fear of the blame and shame that they often face from family, friends, employers, schools, police and communities. For victims of crime to be blamed for the crime is surprising—yet far too common when it comes to violence against women. But this is changing. 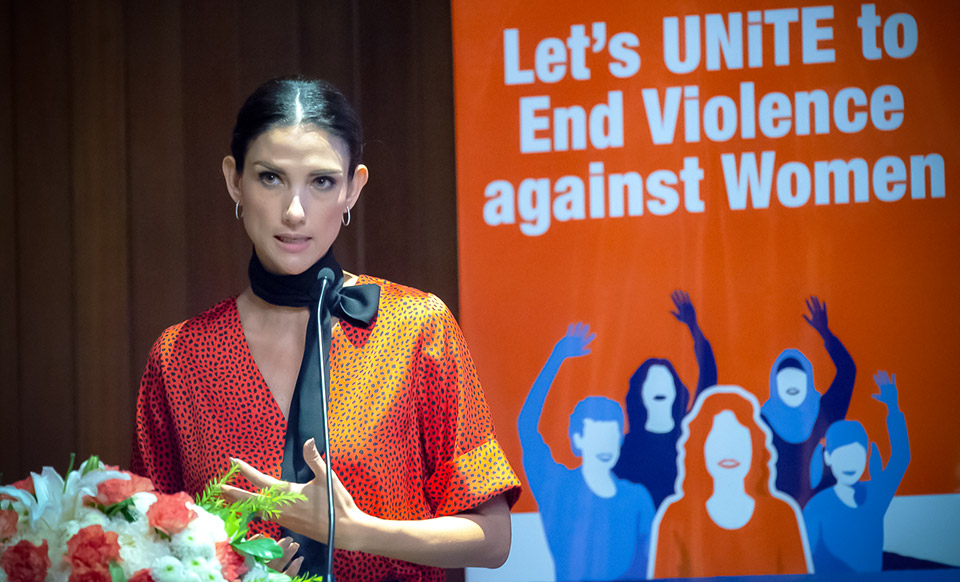 “The people of Thailand are known for our smiles, friendly and laid-back attitudes. Our two favourite sayings are “Mai Pen Rai” or “don't worry” and “Jai Yen”, which means literally “cool your heart” or “chill”. But on this issue, I can no longer be “Jai Yen” and the people of Thailand can no longer afford to say: “Mai Pen Rai,” said Cindy Bishop, model, host, actress and founder of #DontTellMeHowToDress movement, Thailand’s response to the global #MeToo movement.

The storytellers shared their experiences of violence—at the hands of strangers, family members and intimate partners—recounting how they eventually felt moved to share their experiences openly in order to bring about greater understanding, encourage others to share their stories and motivate governments and civil society alike to recognize that violence against women is a crisis that requires important conversations across all of society. This is required to create ‘a new normal’ where violence is never acceptable, never excusable and should never be kept silent. 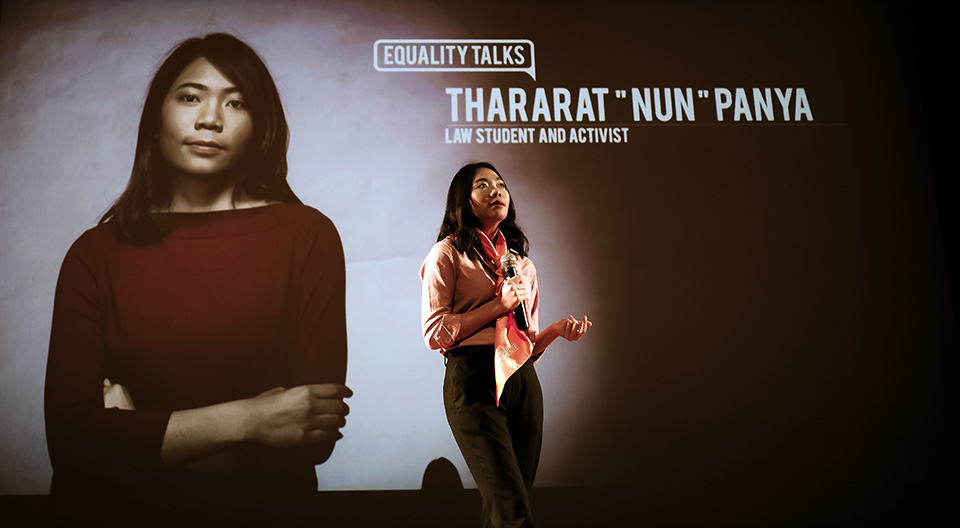 Some of the comments that guests left in the dedicated orange feedback box included: “I will never forget what I heard today!”; “Powerful!”; “Thank you for breaking the silence, revealing the humanity that binds us; the sisterhood that unites us”; “Very intense and powerful series of speeches”; “Congratulations on such a wonderful and inspiring event with young women and voices and heart-ascending stories to be told, for us, to be heard. We support their individual efforts and we are behind you all.” 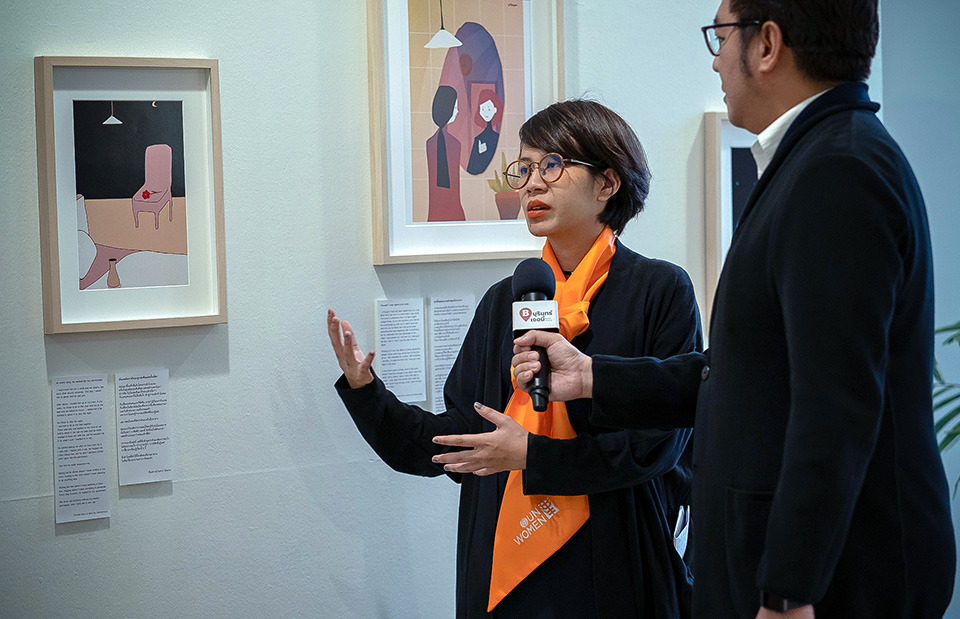 Alongside the storytelling events, two different exhibitions were launched. One of them, Cindy Bishop’s #DontTellMeHowToDress exhibit, delivers a strong message by displaying the clothes that survivors and victims of violence wore when they were assaulted and challenging the notion that women’s appearance and behaviour are to blame. The youngest survivor, whose clothes were displayed, was only 2 years old at the time of her sexual assault: “This is what I was wearing that day. Pink T-shirt and shorts for a toddler aged 2. I was raped by a stranger.” On display at the UN Conference Centre throughout the entire 16 Days of Activism, the exhibit was seen by government and civil society delegations from across the region.

One of the male visitors of the exhibition said: “My life was so much easier until I saw this… I started examining my past behavior. I must have hurt so many women… Now I have a daughter who is 1 year old… What can I do to help change this?”

Another exhibition, “ThaiConsent”, displays sharp illustrations of Wipaphan Wongsawang, artist and founder of the ThaiConsent movement, who said: “For me, the most powerful tool to raise public awareness on consensual sex is illustration. I use my visual design skills to illustrate the stories that our readers share.”

The events were attended by over 300 representatives of UN agencies, the diplomatic community, civil society organizations, youth, creative art classes and media. 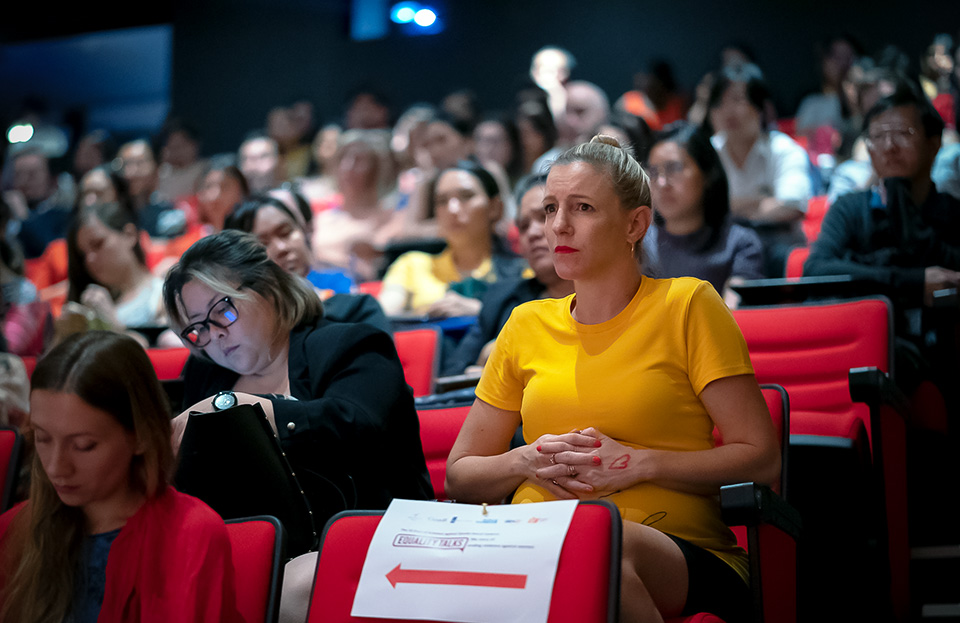 The 16 Days of Activism against Gender-Based Violence campaign, which mobilizes governments and public alike, is commemorated by the UN under the Secretary-General's campaign UNiTE to End Violence against Women by 2030. The public are invited to ‘orange’ their profile picture on Facebook and other social media platforms, and to show support and spread the word by using the hashtags #HearMeToo, #orangetheworld and #16days. 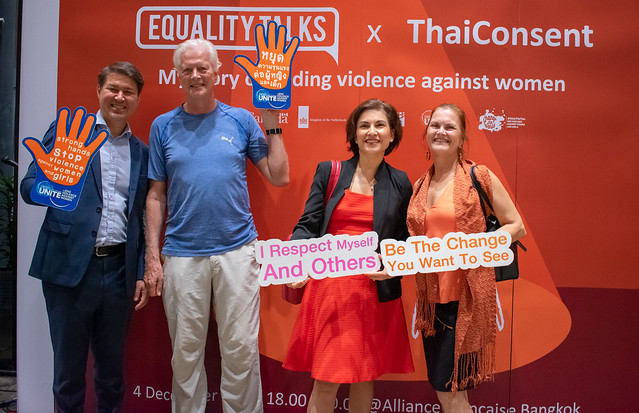 The ThaiConsent exhibition is on display at Alliance Francaise, 179 Witthayu (Wireless) Road, Bangkok, Thailand through 8 January, 2019.