Yangon, Myanmar — Rights activists in Myanmar say they are fighting all kinds of discrimination as they boost coordinated efforts to ensure that women can acquire citizenship and the identity documents they need for protection and access to basic services. 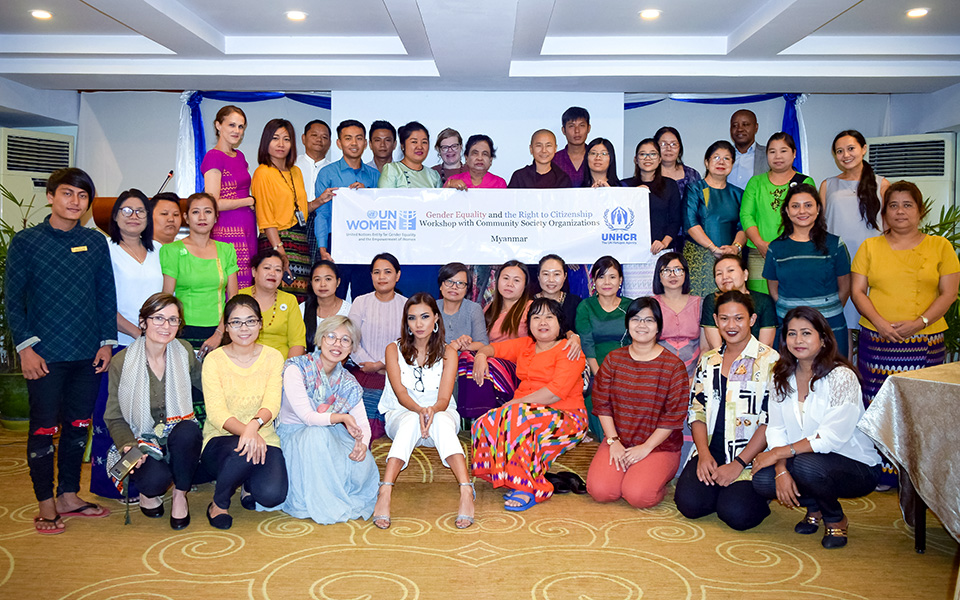 People from all over the country discuss the right to citizenship at the workshop. Photo: UNHCR

She said joint action is needed to ensure that Myanmar’s reforms on identity rights comply with international norms and its commitments as a signatory to United Nations Conventions on the rights of women, children and people with disabilities. These conventions contain obligations on gender equality, the right to birth registration, and equal nationality rights for all people, Aryal said. 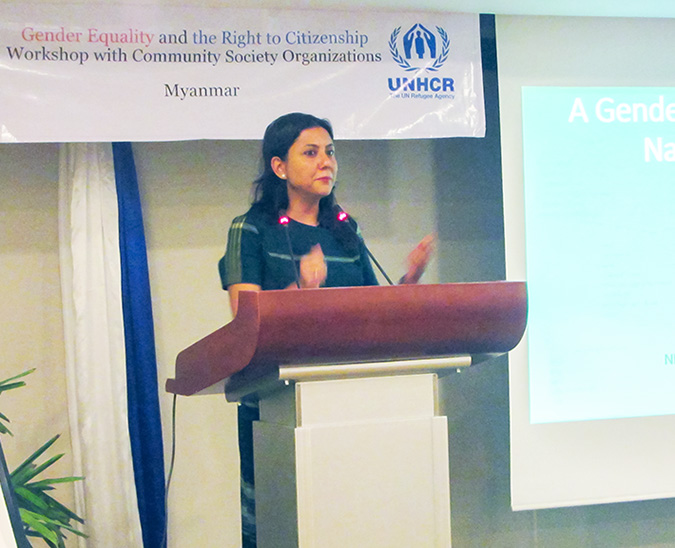 “The recognition of and access to legal identity rights, including access to civil documents and citizenship, is critical to enjoying all other rights,” she said.

Such other rights include those concerning property and land tenure, education, employment, migration, health services, housing and protection. 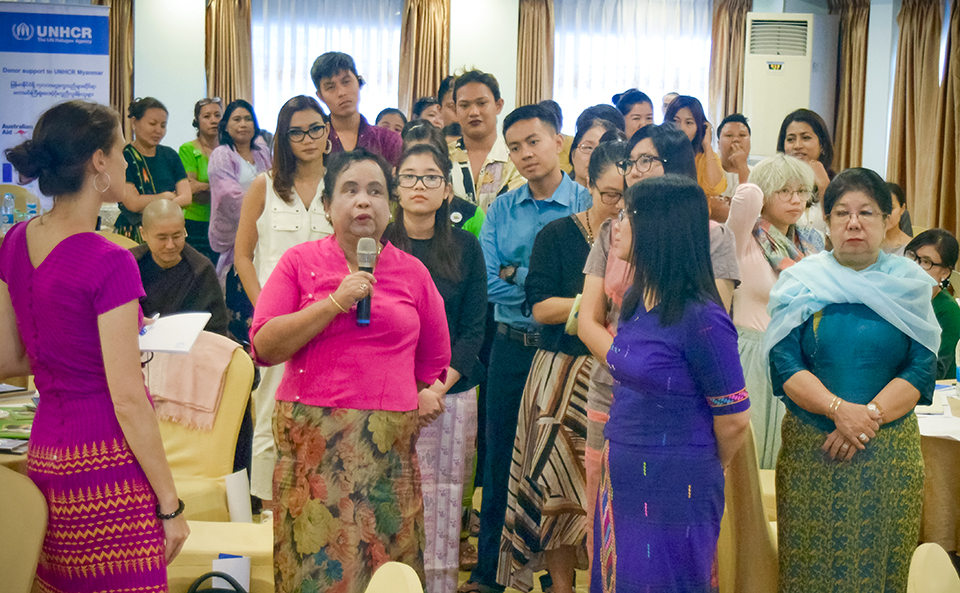 The workshop presented findings from “A Gender Analysis on the Right to a Nationality in Myanmar”, which was done by UNHCR and UN Women. The study highlighted the gender–based barriers women face, in particular in acquiring citizenship documents and conferring citizenship on their children, such as when a child is born a refugee, or the father is unknown or is not a citizen, or the marriage is interfaith or otherwise unauthorized. 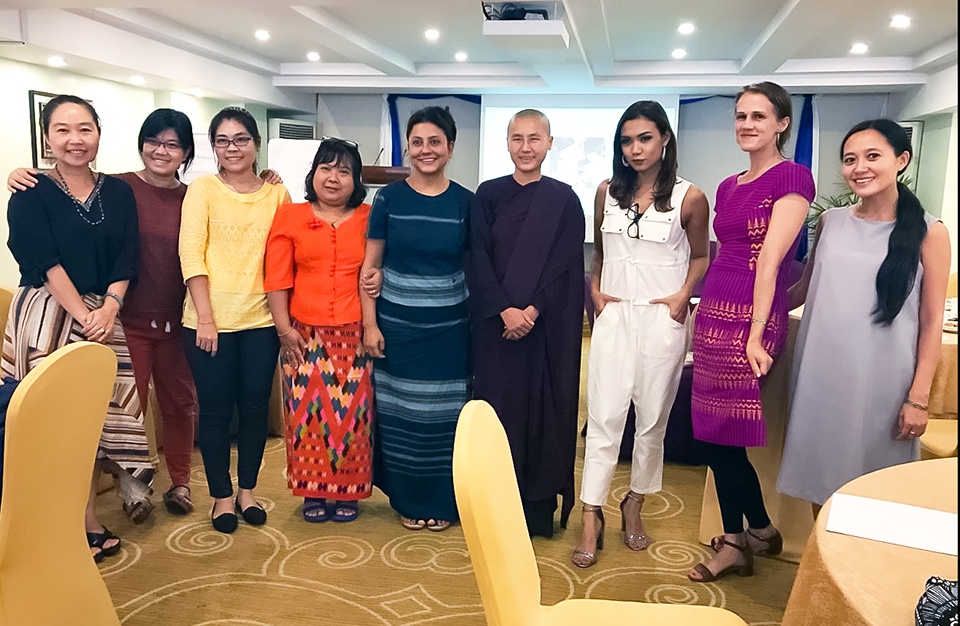 Myanmar has one of the world’s largest populations of stateless people, many of whom cannot access basic services and protection because they lack official identity documents. According to census data, almost a third of Myanmar’s population does not have an identity document. More than half of those without documents are women; the reasons for this include gender discrimination and a lack of legal and policy frameworks that fully comply with human rights standards.

The women’s groups at the September 2018 workshop agreed, as priority tasks, to:

Aryal said that while all women in Myanmar are affected, some face additional barriers and discrimination in acquiring and transferring citizenship: the stateless and displaced, ethnic and religious minorities, female-headed households, rural women, sex workers, lesbian couples, and transgender people. Transgender individuals, for example, lack legal recognition, and are often forced to identify themselves by their biological sex and sometimes even asked to remove their clothing at immigration offices.

Myat Thiri Aung, the Information, Counselling and Legal Assistance Coordinator at the Norwegian Refugee Council, said that women displaced in conflict-affected areas often cannot access authorities because of security concerns, the high number of checkpoints, and harassment by their communities if they move about without a man accompanying them. 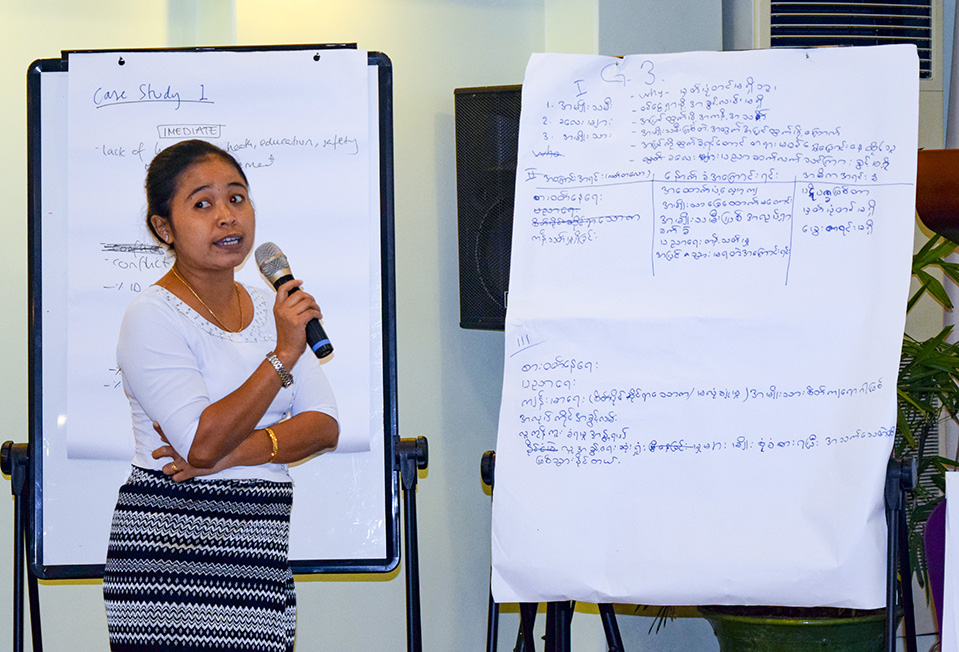 Daw Swe Swe Khaing, Head of the Women’s Department at the Confederation of Trade Unions of Myanmar, speaks at the workshop. Photo: UNHCR

Jelvas Musau, Senior Regional Statelessness Officer at UNHCR, urged Myanmar to learn from successes achieved in Indonesia and Malaysia in gender equality and citizenship rights by mobilizing the women’s movements to jointly press the government and parliament to reform the laws.

Pansy Tun Thein, a Technical Adviser for the Gender Equality Network, said that until the Yangon workshop, the protracted armed conflict between the government and ethnic-based rebels had made it difficult for women of different ethnic groups in Myanmar to gather and jointly advocate for citizenship rights.

Related News
20/12/2021
Joint Statement: UNHCR and UN Women join efforts to protect and uphold the rights of women and girls in Afghanistan
11/08/2021
Take Five: “Make sure all toxic cycles of family traditions end with you”
01/08/2021
Joint statement of UNFPA and UN Women in Myanmar: Impacts of the compounded political and health crisis on women and girls in Myanmar
30/03/2017
UN Women and Morango Films Screen the top 25 short films on ‘Social and Political Rights of Women’ under Pakistan’s first-ever ‘Izhar by Film Fellowship’
11/11/2014
Empowering refugee girls on the Thai Myanmar border
END_OF_DOCUMENT_TOKEN_TO_BE_REPLACED