“Democratic values and human rights. These are my red lines” - Dr. Orzala

Farahnaz Forotan, in partnership with UN Women Afghanistan launched “#MyRedLine” - an online campaign cataloguing where Afghan’s stand on women’s rights and peace, harnessing the voices of Afghan women and men on what matters most to them.

Kabul, Afghanistan — Afghanistan has demonstrated significant progress in equal access to women and men to participate in all parts of Afghan society from education to the police, from media to medicine. #MyRedLine, a campaign by Farahnaz Forotan, supported by UN Women Afghanistan, is an expression by Afghan citizens of the human rights and women’s human rights, which they will not give up and, which, they as citizens, will not negotiate. The campaign is built on a series of testimonies where people voice the lines they are not willing to cross, be it the right to work, to drive, to marry whom they chose, to walk in the streets, to go to school, to stand to be President of the nation – their ‘red line’. 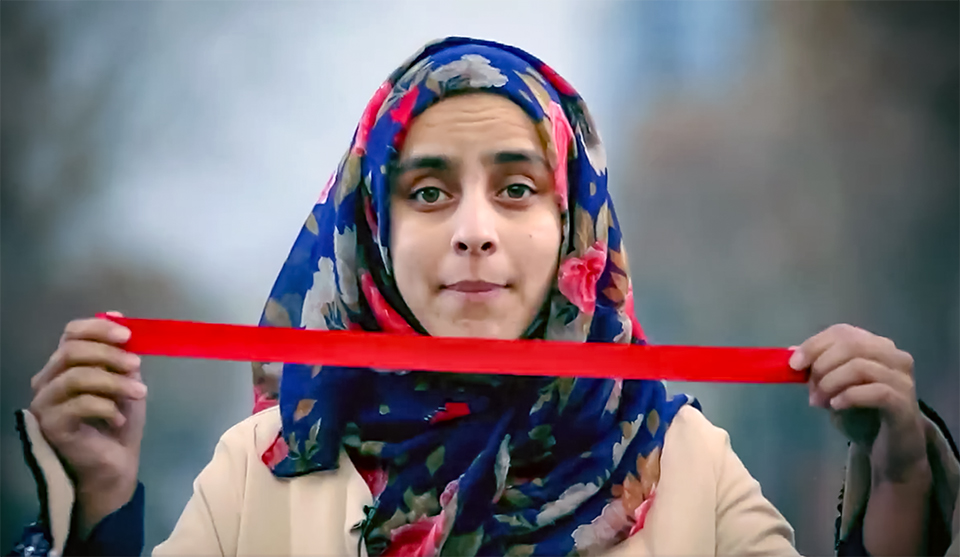 Farahnaz Forotan, journalist and #MyRedLine Campaign Ambassador stated: As a journalist, I am privileged to listen to what people have to say, to know what matters to them, to understand what they need. And from this privileged position I can say that the Afghan citizens want a peace they can all enjoy. And this is how this campaign “MyRedLine” came about.

#MyRedLine brings in Afghans from all walks of life, from prominent Afghan citizens, to women and men, young and old, of every ethnicity, from cities, towns and villages across the nation. As Farahnaz continues: #MyRedLine starts a movement where every citizen of this country can say freely and openly how going back to the times when women were oppressed and humiliated is not an option for them, and it will not be an option for a peaceful Afghanistan.

Globally, UN Women supports women at all levels of society who create movements to uplift women’s voices, experiences, and expertise to create structural and systematic change across all layers of society. Now more than ever, unprecedented momentum is being built as women in Afghanistan gather in local, national, regional and international forums to articulate their priorities for peace and concrete recommendations for the way forward on justice, security, and all issues related to building and sustaining peace. It is in this context that UN Women is working with women’s civil society organizations and leaders to ensure that not only are women’s voices heard, but their recommendations and priorities influence all decisions regarding the future of Afghanistan.

UN Women is the UN organization dedicated to gender equality and the empowerment of women. A global champion for women and girls, UN Women was established to accelerate progress on meeting their needs worldwide. www.unwomen.org