Karachi, Pakistan — In Pakistan, women from marginalized social classes face multiple challenges and are often only able to work from home.

Of the estimated 20 million Home-Based Workers (HBWs) in Pakistan, 12 million are women, and according to UN Women’s Status Report 2016 on Women’s Economic Participation and Empowerment in Pakistan, women account for 65 per cent of the PKR 400 billion (USD 2.8 billion) that HBWs contribute to Pakistan’s economy. However, most receive low wages and are denied legal protection and social security.

To change this, the Royal Norwegian Embassy in Pakistan is supporting a three-year UN Women project providing capacity-building and connections to conventional and digital markets for women HBWs, as well as advocacy for social protection and legislation on women’s economic empowerment. 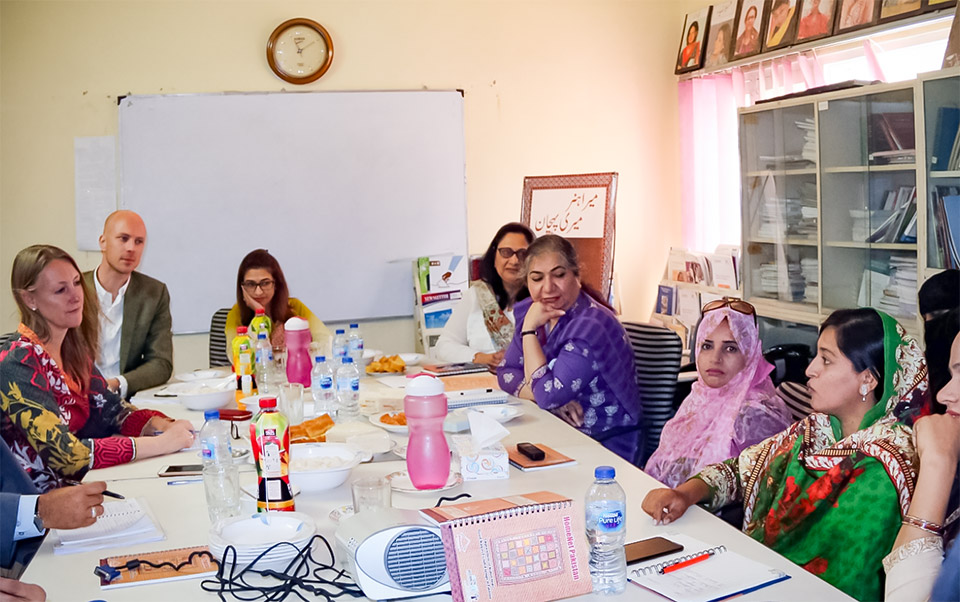 From 12-13 March, a Norwegian delegation travelled to Karachi, the capital of Sindh province, and to the ancient city of Thatta, 100 kilometres east. The visit began with a briefing at HomeNet Pakistan, UN Women’s implementing partner, where Deputy Head of Mission Her Excellency Siv Kespersen, First Secretary Jorn Wichne Pedersen, and Programme Advisor Naufil Naseer had a chance to meet with women HBWs and see how they are transforming their lives with Norway’s support.

“I’m now able to provide an education to my only daughter, who is in sixth grade,” 37-year-old single mother and tailor Farhana Bibi shared. “I want to see her grow up as an independent and empowered woman.” 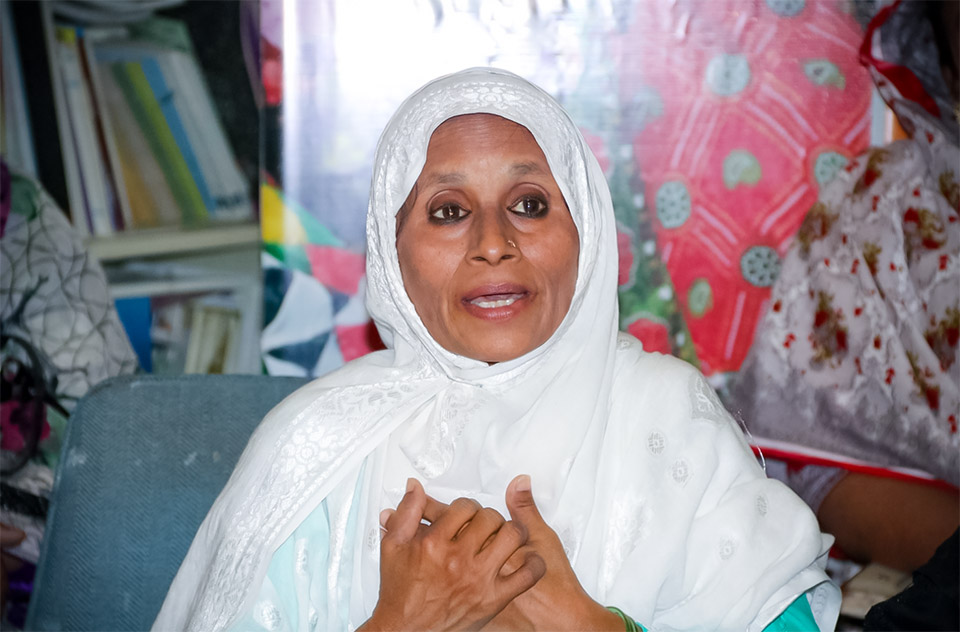 The delegation heard about the project’s progress, under which HBWs like her have learned about their rights and business opportunities. So far, 25 women have taken interest-free loans from a microfinance institution, and 867 women HBWs and girls have been sensitized on pro-women legislation, provincial protection mechanisms on violence against women, and laws against harassment and domestic violence. Another 352 HBWs have received financial literacy training and 73 have been linked with an online platform where they can sell their products worldwide.

“It is always heartening to see the local home-based workers in field, and how they are motivated and trained to achieve skills and knowledge that has transformed their lives,” said Royal Norwegian Embassy Programme Advisor Naufil Naseer. “Women who have spent most of their lives at home are now bread-earners, negotiators, entrepreneurs, decision-makers and some are financially independent.”

The delegation also visited the Pakistan Ready-Made Garments Technical Training Institute, meeting with an outgoing group of 40 HBWs supported under the project to learn advanced dress-making and fashion-design. HomeNet Pakistan enrolled them in the Training Institute and provided transportation to ensure their safe mobility. 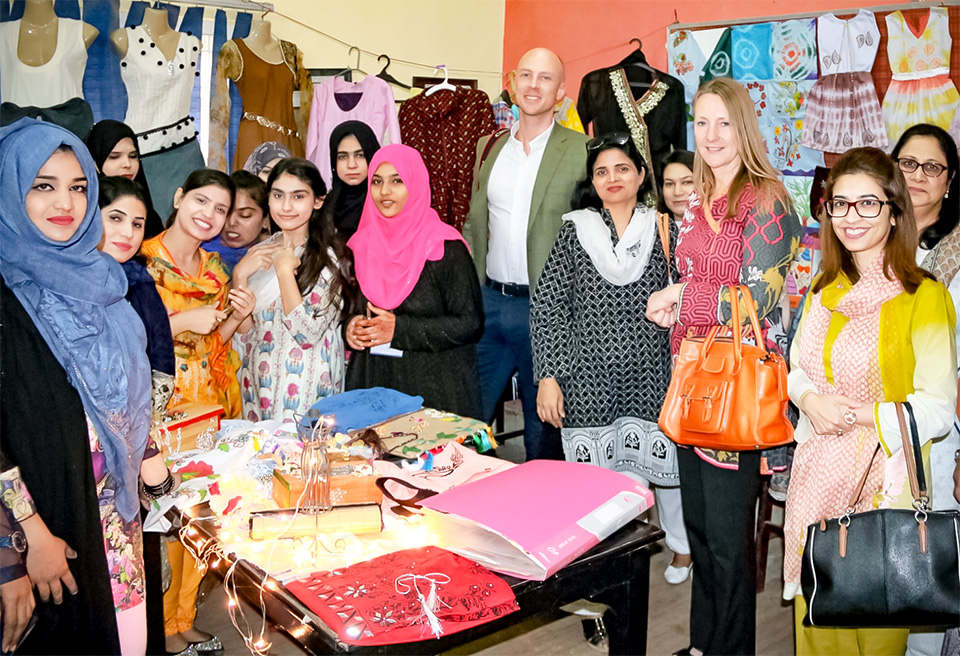 To improve legal rights and protections for HBWs, UN Women has engaged with provincial officials to advocate for the enactment of the Sindh Home-Based Workers’ Act, which was adopted in 2018, as well as to update the Sindh Gender Equality Policy to bring it in line with the Sustainable Development Goals.

“With the persistent lobbying and advocacy by UN Women and its implementing partner, Sindh became the first and only province to unanimously pass the country’s and South Asia’s first Sindh Home-Based Workers Act 2018,” explained UN Women Pakistan Deputy Country Representative Aisha Mukhtar. “The Act will ensure the protection and promotion of the rights and benefits of HBWs, thus building a conducive environment for them to grow.” 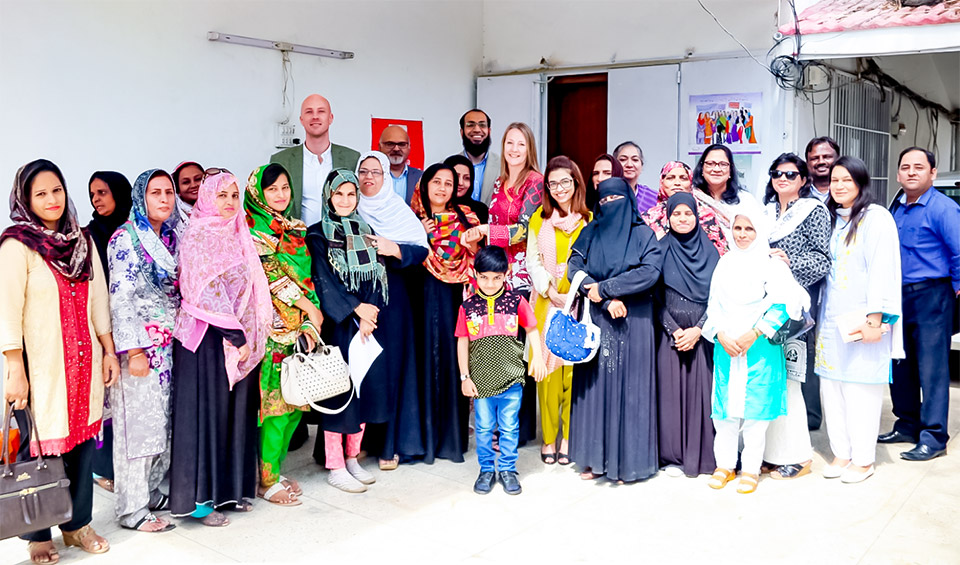 The delegation learned that among the 7,449 HBWs that have been registered across Pakistan, around 3,531 were identified in Karachi and Thatta during a recent survey conducted under the project. Data on these HBWs will be shared with the Labour and Human Resource Department of Sindh to facilitate their registration under the new Act and bring them under the state social security net. 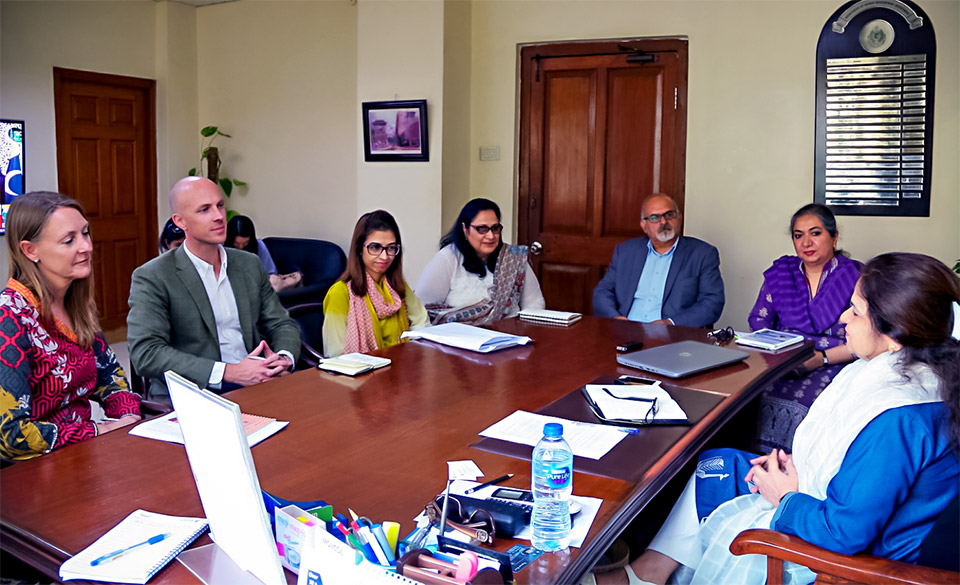 When updated by Secretary WDD about Provincial Gender Equality Policy, Siv Kespersen appreciated the progress terming it as an encouraging step towards achieving gender equality, and highlighted the significance of such initiatives by making reference to Norway’s Gender Equality Act.In Thatta District, the delegation also met with HBWs and members of the District Action Committee (DAC), which was created under the project as a community-based body that lobbies for recognition of HBWs and excluded groups and for their access to public services. 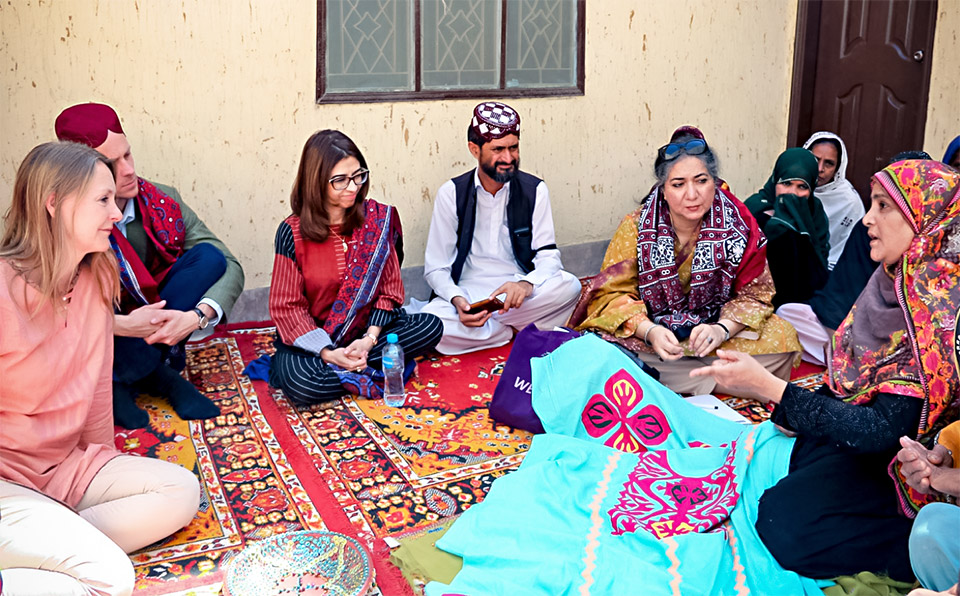 A woman HBW showcases her embroidery after attending a meeting of the District Action Committee in Thatta, Sindh. Photo: UN Women/Habib Asgher

The delegation also visited Gharo, 87 kilometres west of Karachi, where the Women Social Welfare Department’s Community Centre was reopened after four years, thanks to DAC efforts. It now hosts a training centre for 38 women HBWs. 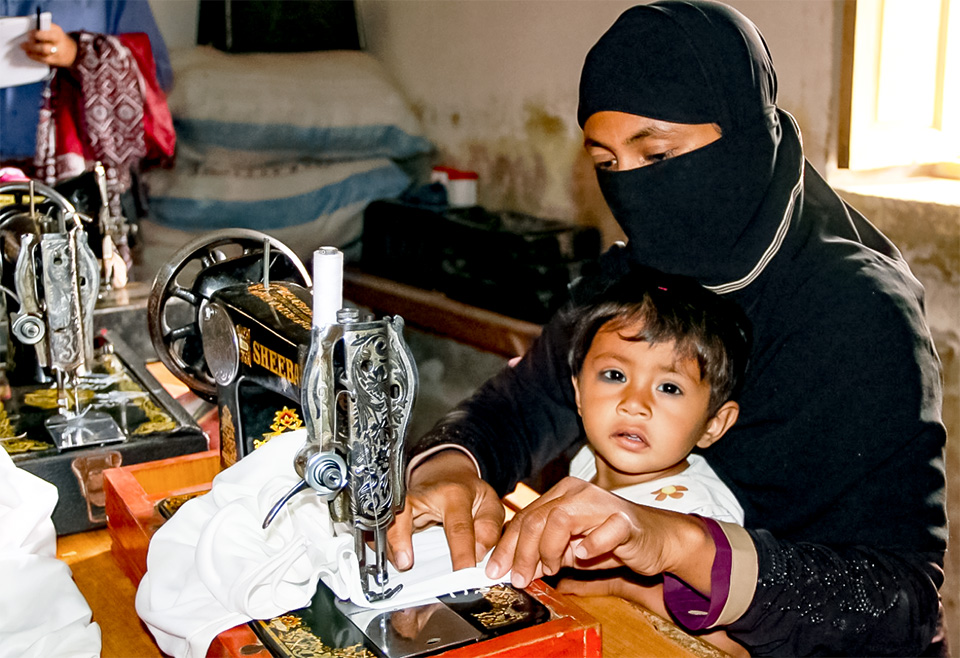 Salma works on sewing machine at Community Center in Gharo, while her son looks on. Photo: UN Women/Habib Asgher

Salma, in her mid-20s, brings her son to the Community Centre to hone her sewing skills, meet suppliers and get more orders. She aspires to earn enough to give him a quality education.

Related News
21/09/2022
Ensuring no one is left behind
23/06/2022
UN Women Pakistan and foodpanda Pakistan collaborate for the promotion of workplace safety
21/09/2021
UN Women puts spotlight on the role of CSR for Women’s Economic Empowerment in Pakistan
26/05/2021
From where I stand: “Many households are prospering because of our work.”
27/07/2020
UN Women, NCSW launch Young Women in Pakistan: Status Report 2020
END_OF_DOCUMENT_TOKEN_TO_BE_REPLACED