Mae Sot, Thailand — During a visit to Thailand, UN Women incoming Deputy Executive Director Anita Bhatia visited a market town bordering Myanmar this week to see first-hand how migrant women workers can avoid the hazards of human trafficking by learning about their rights and developing their work skills. 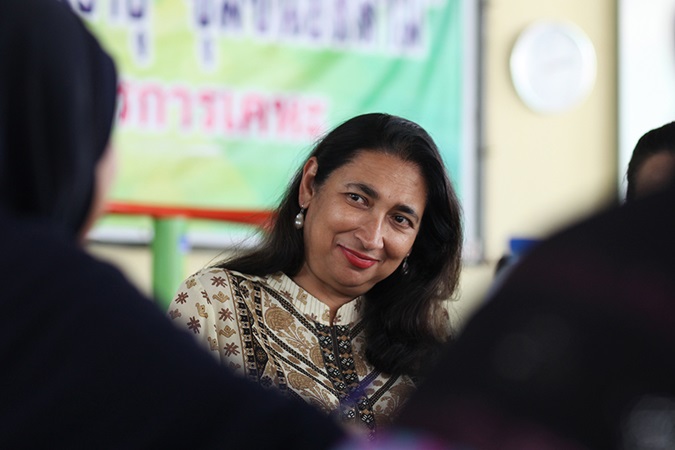 The visit to Mae Sot district in Western Thailand —which shares a border with Myanmar to the west— was to see a United Nations programme which addresses prevention on trafficking and works to mitigate the harmful impacts of the migrant flow to Thailand. About 120,000 migrants from Myanmar now live in Mae Sot, two decades after the first Thailand-Myanmar Friendship bridge opened. A second bridge just opened in April, amid growing prosperity along the border areas.

Ms. Bhatia was accompanied by UN Women Regional Director for Asia and the Pacific, Mohammad Naciri, and Police Lieutenant Colonel Chinakorn Assawaphum, Deputy Superintendent of the Crime Suppression Division of Tak province. “Up to five thousand migrants enter into Thailand from this channel per day,” the police officer said. Many members of the community don’t have legal status in Thailand, but they consider Mae Sot their home. 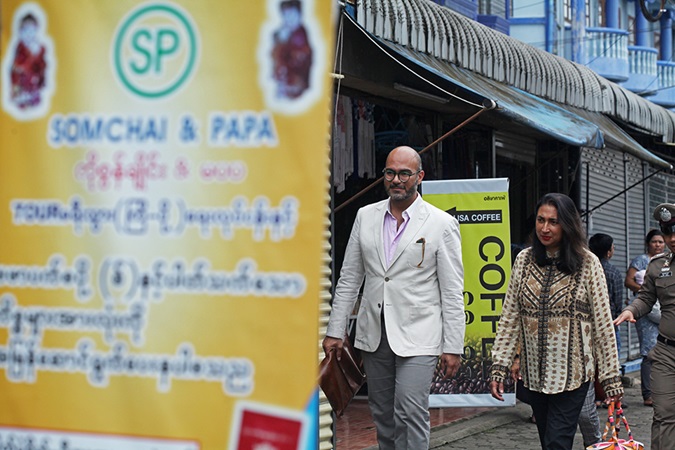 Through the Women’s Empowerment to Prevent Human Trafficking in Communities in Border Provinces of Thailand project, UN Women works with United Nations Office on Drugs and Crime to empower women to prevent and end human trafficking and gender-based violence in their community. The Government of Japan funds the project.

Through the project, 40 female migrant workers in Mae Sot are currently receiving training in sewing and other vocational skills that expand their income opportunities. The project has also reached about 2,000 women in a campaign to raise awareness about safe migration, the rights of female migrant workers, and their special needs during migration.

During her visit, Ms. Bhatia visited the Islamic Community Centre, where women are also learning income generating skills such as sewing and marketing of their products. 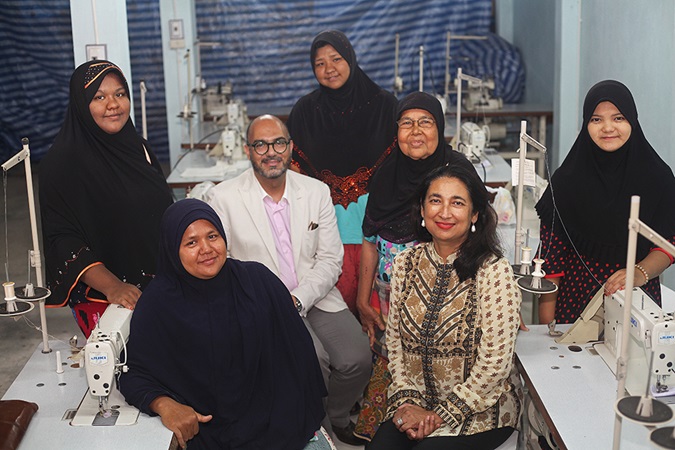 “UN Women works at the grassroots level to raise awareness, promote sustainable economic alternatives, and provide linkages to services and paths to justice for women who have been or are at risks to human trafficking,” Mr. Naciri said.

In Thailand, UN Women also works in the provinces of Tak and Chiang Rai (which borders Lao People’s Democratic Republic) to increase awareness of the rights of female migrant workers and to protect workers and children who have been trafficked. With a local partner, the non-governmental organization Rights Beyond Border, the joint United Nations project promotes women’s leadership and decision-making in policies and law enforcement, and works to ensure that the laws take into account the rights and needs of women and girls. UN Women also gives technical guidance and assistance to help front-line officers better meet the needs of women. 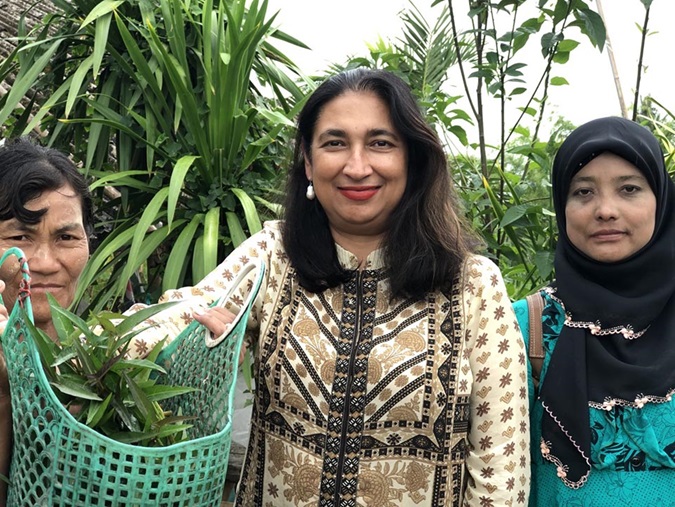 At the centre, both locals and migrants are learning how to grow organic herbs and vegetables, to consume at home and to sell for extra income. Also involved in the project is Dr. Krisana Kraisintu, the world-renowned pharmaceutical scientist who formulated the first generic drug cocktail for HIV and expert on herbal medicines.

“The partnerships enable us to make an our impact possible,” Ms. Bhatia said to the members of the muslim community.