From where I stand: “Empowering women benefits the entire family and our next generation.”

Tie Lingmei 40, lives with her family in Qiaotou Village of Qinghai Province in China. With her ambition and the help of UN Women, she improved living conditions for herself as well as for many other women in her village. 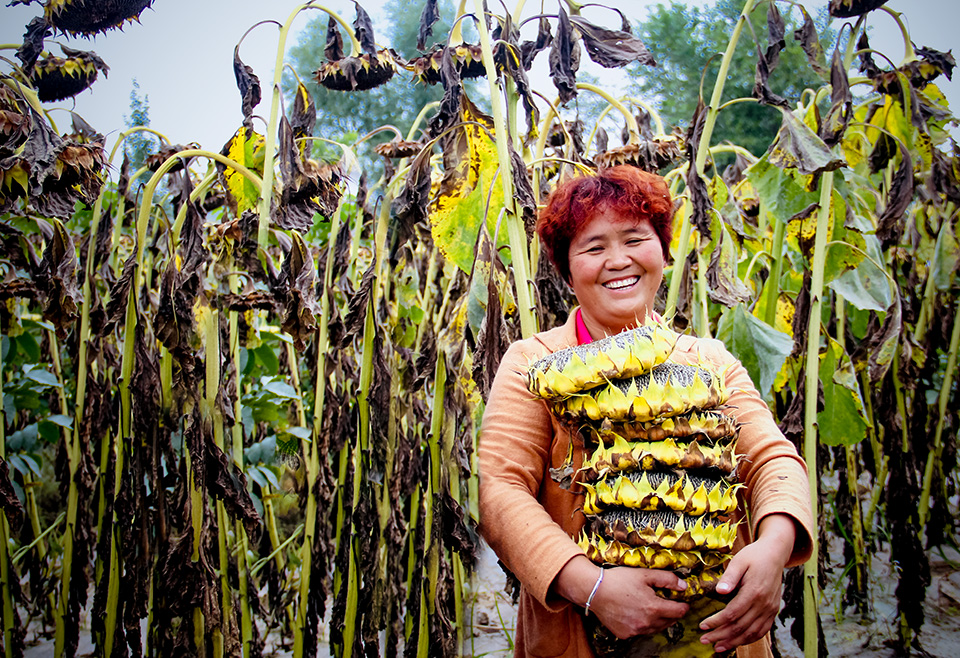 I used to work as a taxi driver along with my husband in the county. Because I could not leave my child alone in my hometown, I decided to sell the car, came back and set up an agricultural cooperative with the help of our village secretary.

In the first year, the cooperative had a good harvest in my ‘test land’. However, due to a flood disaster in the autumn, the harvest of sunflowers planted in the second year all failed. I realized that we needed better seeds, a greater variety of plants and more workers who were proper trained.

In 2018, with support from Chanel Foundation and UN Women China’s Qinghai project, “Strengthening Qinghai Women Farmers’ Income Security and Resilience in a Changing Climate”, and the guidance of relevant experts, we introduced 28 different vegetables to achieve biodiversity. At the same time, contract farming was introduced to our cooperative, which helped to effectively avoid risks and to further stabilize and improve our incomes.

The Qinghai project also offered us comprehensive training. We women came together and formed a mutual aid group. With support from UN Women’s project, we learned about the operational mechanisms of e-commerce and had a chance to sell our products through the bigger online market.

Most importantly, the project improved our gender awareness. We started to realize for the first time that women are not inferior to men. We have the same rights as men do. With our increased incomes, we have more say at home. We can invest more in the education of our children. I believe that our next generation will definitely have a better life. Empowering women benefits the entire family and our next generation.”

Tie Lingmei lives with her husband and son in rural China. After working as a driver in Minhe County in Qinghai, she returned to her hometown in 2015, set up her own agricultural cooperative in 2016, and learned about contract farming and e-commerce under the Qinghai project. The project supports female farmers in the Liupan Mountain area of Qinghai to build up their communities with technologies, market information, and new skills and knowledge learned in trainings. This has not only raised incomes but also awareness of gender equality. The project benefits about 40,000 female farmers. Tie herself hired 53 women to work on her cooperative. The efforts of Tie and the Qinghai project help advance United Nations Sustainable Development Goal 5, on Gender Equality; Goal 8, on Decent Work and Economic Growth; and Goal 13, on Climate Change Action.