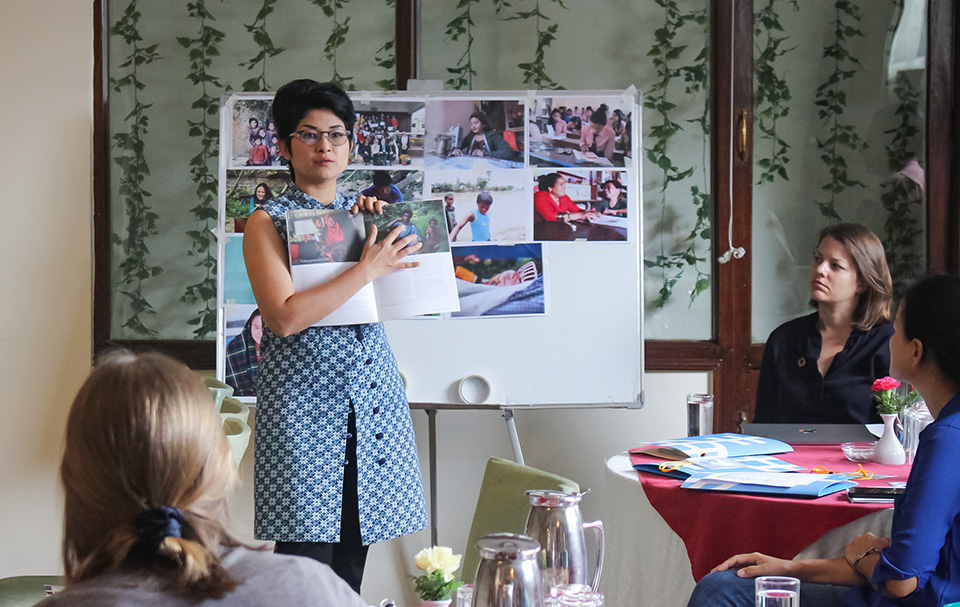 Kathmandu, Nepal – A cross-agency training on gender in communications brought together UN staff from 13 agencies in Nepal last month. The two-day session provided the 25 participants with a range of tools and skills to develop gender-responsive communication materials in their respective lines of work.

“There is a need for devising coherent communications plans and strategies that position the United Nations as the torchbearer of incorporating gender in communications,” said Valerie Julliand, UN Resident Coordinator.

The training, held on 28 and 29 August, was presented to the UN Communications Group (UNCG) by UN Women Nepal and the Regional Office for Asia and the Pacific (ROAP). It was part of wider support of the implementation of the Gender Equality Scorecard Recommendations put forward by the United Nations Country Team – System-Wide Action Plan (UNCT-SWAP).

“I thank the United Nations Communications Group, and UN Women for their commitment to bolster shared learning by organizing this training,” Julliand said.

The sessions covered principles of gender-sensitive communication from several angles, including photography, the use of gender-inclusive language, storytelling, and the Beijing +25 campaign, the initiative to review progress since the Beijing Declaration and Platform for Action, agreed at the 1995 Fourth World Conference on Women. 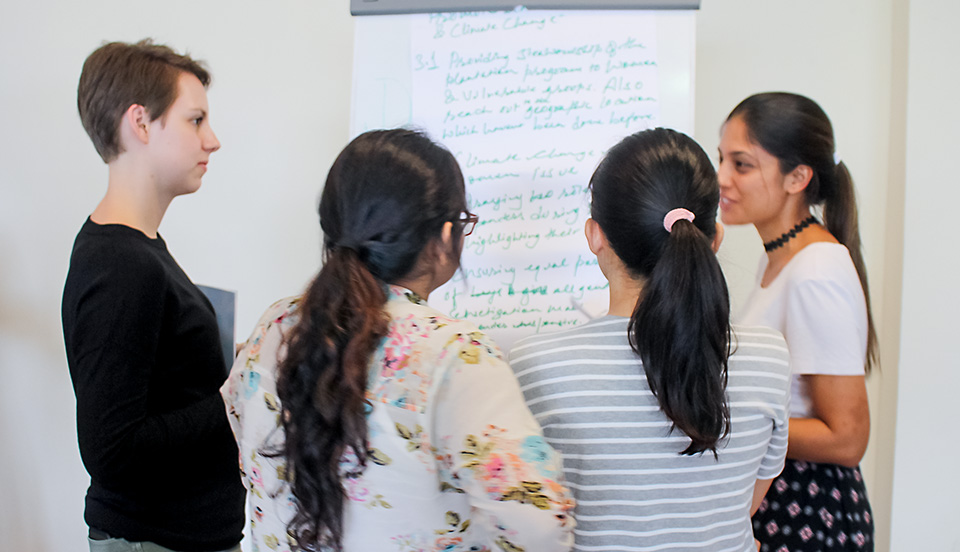 Participants present the communications plan for UNCG by adding the element of gender-responsiveness to its activities. Photo: UN Women Nepal

A panel discussed the challenges of incorporating gender-responsive communications in daily work, and ways to overcome these challenges. This discussion was moderated by UN Women, and the panellists were communication professionals from the UN Children’s Fund (UNICEF), the UN Office for Project Services (UNOPS), the UN Resident Coordinator Office (UNRCO) and the UN Development Programme (UNDP). Challenges brought up during the discussion included gathering gender-disaggregated data, finding women’s voices in the field, and the influences of cultural contexts.

“We have to unlearn and reject some of the social stereotypes and norms,” said Tania Dhakhwa, Chief of Communications, UNICEF Nepal. “Patriarchal societies place too much emphasis on dry statistics, which often fail to reflect women’s lived realities. Many organizations are stepping away from such faceless data and sharing more real-life stories. These are often simpler to get across, provide a better emotional connection, are less patriarchal in their structure, and preserve more dignity of the people involved.”

Feedback from participants was positive “The workshop adequately introduced the idea of gender-responsive communications,” was one response. “It also served as a great platform to bring together different agencies to start the dialogue on how we can collaborate.” Another wrote that “the use of the gender checklist is a great start for different communication teams and continuing the dialogue internally and with other UN agencies.”

One respondent suggested that the workshop “could be improved by including more hands-on exercises throughout the presentation – it would have been insightful to analyse my own agency’s communications plan during the training.”

The training was led by Montira Narkvichien, Communications Specialist, UN Women ROAP along with officials from ROAP and Nepal Country Office.