Bangkok,Thailand — Over 500 Ministers, senior policymakers, UN officials, civil society, youth and private sector representatives from across Asia and the Pacific region today gathered in Bangkok to chart out priority actions to support accelerated progress on gender equality and women’s empowerment. 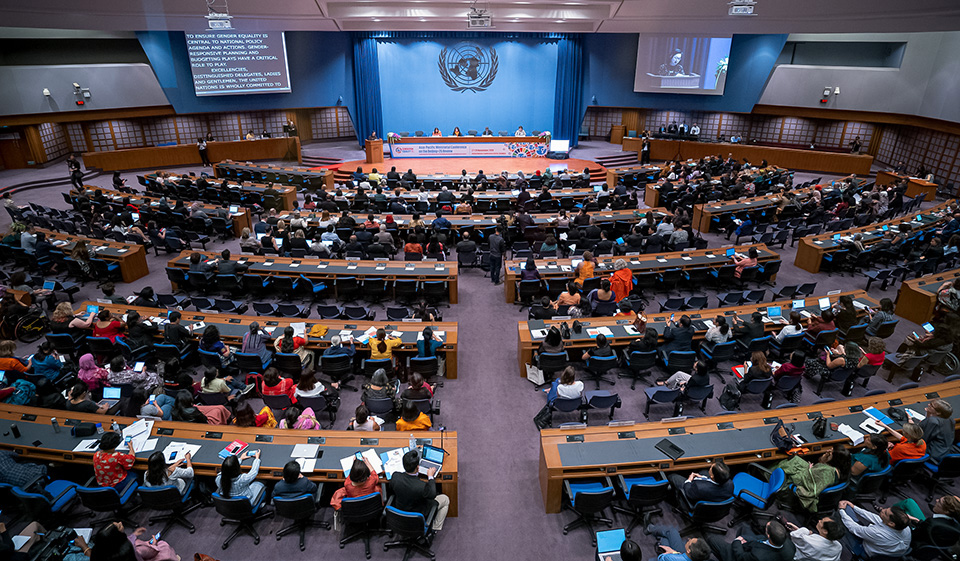 The three-day Asia-Pacific Ministerial Conference on the Beijing+25 Review, organized by the United Nations Economic and Social Commission for Asia and the Pacific (ESCAP) and UN Women Regional Office for Asia and the Pacific, will provide a platform for countries to explore policy options and innovative strategies, towards addressing barriers to gender equality and realizing women’s rights for an equal future.

2020 will mark 25 years since the adoption of the Beijing Platform for Action, a milestone global agreement for advancing gender equality. While the Asia-Pacific region has made remarkable progress in areas such as closing the gender gap in primary education and halving maternal mortality rates, progress remains slow and uneven in other areas. Persisting gender norms and stereotypes as well as limited investments in addressing gender equality are among critical bottlenecks.

“When guaranteed equal opportunity, choice and access to resources, women’s full participation multiplies the capacity of society as a whole. Gender equality and women’s empowerment are fundamental to the progressive realization of human rights. They are pre-conditions for successfully achieving the 2030 Agenda for Sustainable Development,” said United Nations Under-Secretary-General and Executive Secretary of ESCAP Armida Alisjahbana at the opening session.

"Greater financing for gender equality and the empowerment of women and girls, together with full political commitment, is essential to realizing the vision of the Beijing Platform for Action and the Sustainable Development Goals," shared Anita Bhatia, United Nations Assistant Secretary-General and Deputy Executive Director of UN Women.

Based on an analytical review conducted by ESCAP and UN Women in 2019, governments identified three priority areas for action in coming years: eliminating violence against women and girls, improving the political participation of women and promoting women’s economic empowerment. Despite the adoption of laws and policies in these areas, countries underscored the need to shift focus towards their effective and just implementation.

Speaking at the opening, United Nations Special Rapporteur on Violence Against Women Ms. Dubravka Šimonovic further highlighted, “We are now seeing a lot of progress around the world but violence against women is still widespread and persistent. It is present in all countries and remains one of the greatest obstacles to achieving gender equality and the empowerment of women.”

Hon. Mereseini Vuniwaqa, Minister of Women, Children and Poverty Alleviation of Fiji, was elected as Chair of the Conference. “It is a very humbling experience coming from a very small country in the region. The Pacific region also has not always had a very loud voice in this space so to have been nominated and elected as Chair for this forum means a lot,” said Ms. Vuniwaqa, adding that she expected a cohesive outcome document which all countries can be proud of.

The slow rate of progress is also particularly visible in the area of leadership and decision-making. Women only comprise of one in five parliamentarians and just 12 per cent of ministerial positions. On the sidelines of the Conference, ESCAP and UN agencies will also launch a report titled Pathways to Influence: Promoting the Role of Women’s Transformative Leadership to Achieve the SDGs in Asia and the Pacific. The report highlights the journeys of 17 women leaders who have inspired change in their diverse areas, and proposes key pathways to ensure a greater presence of transformative women leaders in the region.

The Conference is expected to conclude with a declaration to realize women’s rights for an equal future, which will also serve as the regional input to the 64th session of the Commission on the Status of Women on the global review of the implementation of the Beijing Declaration and Platform for Action next year.

The Conference was preceded by a Civil Society Organization (CSO) Forum held from 24 to 26 November. The Forum brought together grassroots representatives from across Asia and the Pacific to celebrate achievements and identify concerns on regressions on gender equality and women’s empowerment, as well as to facilitate intergenerational dialogue and solidarity between the diverse constituencies represented. CSO inputs from the Forum will be consolidated into the regional and global review processes. 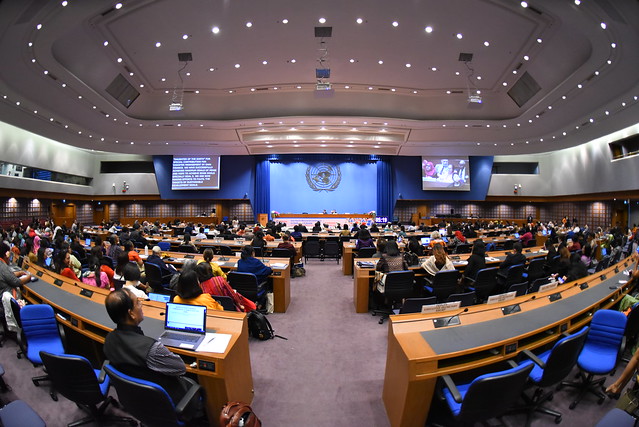