25 years after the Beijing Platform for Action in Nepal: A time for celebrations and reflections for women’s progress

Kathmandu, Nepal — Nearly 25 years have passed since the Beijing Declaration and Platform for Action (BPfA), a lot of progress has been made for Nepali women but there is still a lot to be done.

This was the key message during the Beijing+25 review national consultation held in Kathmandu on 18 and 22 October 2019. BPfA was adopted during the 4th World Conference on Women in 1995 to develop global policy actions for achieving gender equality and women’s empowerment.

“We know that our Nepali didi bahini (sisters) still suffer from inequalities but we still need to celebrate our achievements as the situation has changed drastically compared to the past decades,” said the event’s chief guest, Thama Maya Thapa, former minister of Women, Children and Senior Citizens.

More than 700 people, including women from all seven provinces, attended the event, which was organized by National Network of Beijing Review Nepal and Beyond Beijing Committee, and supported by UN Women Nepal. 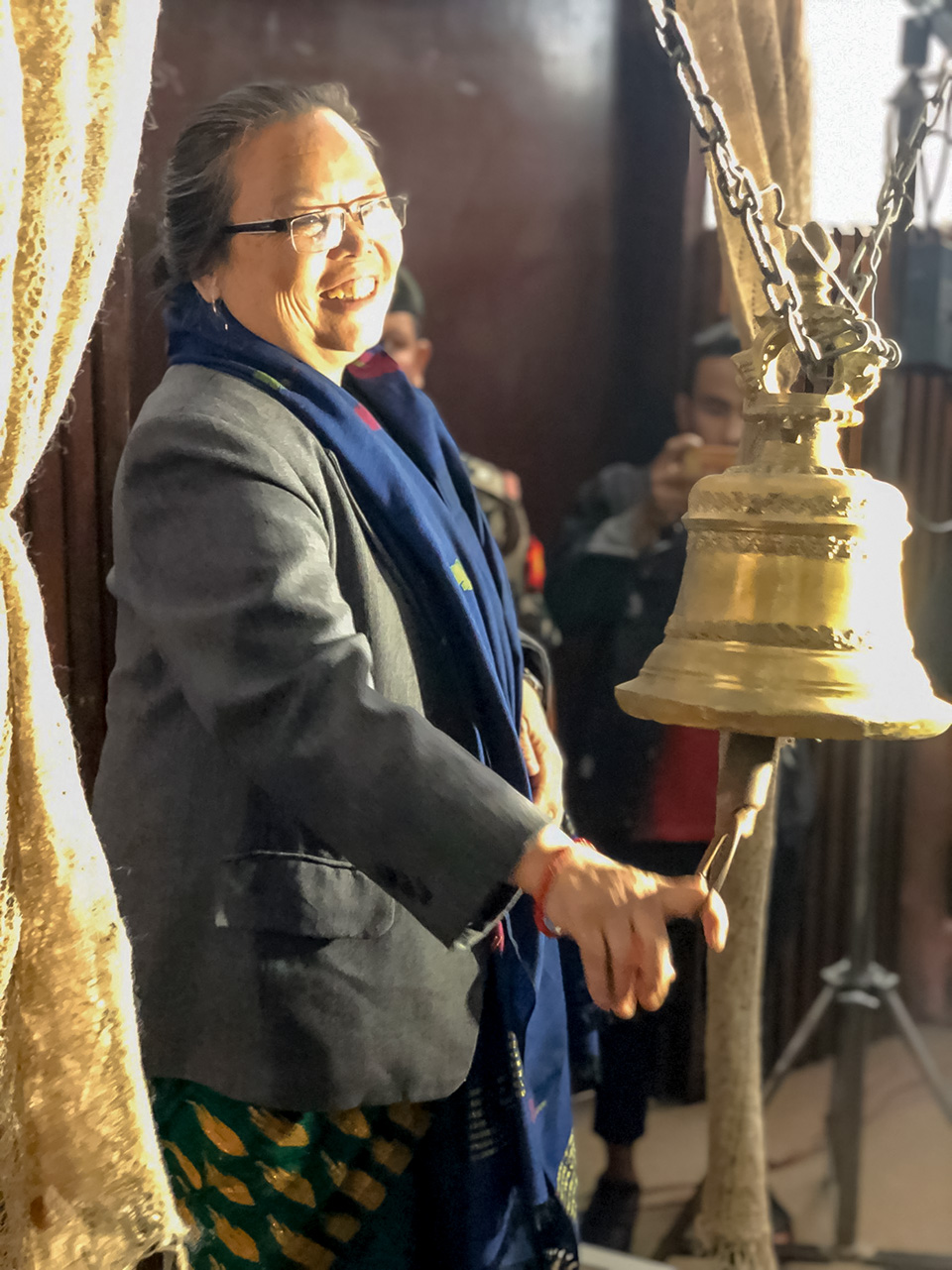 One of the milestones of Nepali women’s struggle for equality was to the creation of the Nepal’s most women-friendly constitution in 2008 compared to its past six constitutions since 1951. The new constitution established Nepal as federal democratic republic nation ending 240-year-old monarchy.

The constitution, which was promulgated in 2015, guaranteed that at least one third of the federal parliament seats would be held by women. For the first time in Nepal’s history, a large number of women are in leadership positions in all its three tiers of governance: 33 percent (112) of Federal Parliament, 36 percent (194) across all seven provincial assemblies and 40 percent (14,353) in the Mentropolitan, Sub Metropolitan and Rural municipalities.

But Thapa also cautioned the country still has much to achieve across all 12 critical areas that were flagged for urgent action during the BPfA.

“To realise Nepal’s ambitious commitments to gender equality, as set out in the Constitution, we need a strong feminist movement and a civil society working together,” said UN Women Nepal’s Deputy Representative Gitanjali Singh.

She added that there is need to bring together women of all ages and from different social, economic and geographic backgrounds, with their different experiences and skills. Only then can they reach the goal of a Nepal that is free from gender-based violence and violence against women and girls.

The national consultation reviews focus on the achievements and critical concerns ensuring greater equality and opportunities for women and girls. Based on that they are preparing reports to submit during the Beijing+25 Commemoration and the Generational Equality Forum in 2020, organized by UN Women.

“These reviews are very crucial in not just celebrating our progress but more importantly addressing a lot of gaps by increasing activities from the local to national levels,” said Bandana Rana, vice-chair of the Committee on the Convention on the Elimination of all Forms of Discrimination Against Women, and also the convenor of the National Network of Beijing Review Nepal. Government, civil society and all citizens from different generations should work together to foster partnerships, she said.

“Many of us who participated in 1995 BPfA have become leaders in many fields from politics to activism, media and society,” said Shanta Laxmi Shrestha, founder and honorary chairperson of the Beyond Beijing Committee. “We hope the younger generation will take up leadership with the same spirit and passion of the BPfA.”

The two organizations held local-level consultations with more than 800 women and some men in the seven provinces. Most of them addressed concerns about how gender inequality remains high, with many women facing multiple forms of discrimination and the risk of physical, sexual and emotional violence.

Nepal ranks highly in terms of women’s labour force participation but not in other aspects of economic equality. More men than women occupy managerial positions and are considered professionals within their sector. Only 17 per cent of private firms include women in top management positions. Wage inequality between sexes for equal work remains high, and women’s contributions to unpaid domestic work is yet to be recognized and valued in the national economy.

Nepali girls also face specific vulnerabilities. “Many young girls work in high risk conditions, are trafficked, abused and raped,” said youth activist Menuka Thapa, chairperson of Integrated National Adolescent Forum. “We appeal the government to prosecute the criminals and the political parties should not give them protection.” Equality seems to be limited to the Constitution and is often not practiced in reality.

She added that the voices of younger generation should be included in every decision made while making policies, regulations and creating institutional mechanism.

There is still hope that the situation for Nepali women will be better. Nepal has been promoting the idea of gender mainstreaming in policies, plans and programs and that was one of the key milestones of BPfA reviews every five years.

“The biggest challenge is changing the patriarchal mindset that is so strongly rooted in Nepali society,” said Bharati Silwal Giri, representative of Inter-Generational Feminist Forum. “For that we need really strong campaigns on the streets from the cities to the villages. We don’t want to wait again another century to establish our women’s equal rights,”

Related News
03/12/2021
From where I stand: “Do not wait for others to hand you your rights”
08/07/2021
Overview: In South Asia, COVID-19 deepens gender disparities
20/11/2020
What happened after COVID-19 hit: Nepal
01/10/2020
Statement by the President of Nepal, Right Honourable Mrs. Bidya Devi Bhandari, at the High-level Meeting on the Twenty-Fifth Anniversary of the Fourth World Conference on Women (Beijing+25)
24/08/2020
From where I stand: “I believe that violence against women is never okay. I do all I can to make sure it doesn’t happen.”
END_OF_DOCUMENT_TOKEN_TO_BE_REPLACED