On the road winding into Chreng village in Cambodia’s Pursat province, a group of boys are playing volleyball on an arid plot of land as villagers watch and cheer. Around the corner, 24-year-old Lang Sokang is knee-deep in mulch, unearthing weeds and planting herbs in her garden. Her younger sisters are perched precariously on a wooden platform that serves as a makeshift greenhouse. The girls are carefully transplanting the saplings into little organic cups. In two weeks, the saplings will be ready to be planted in the ground. The sisters tend to the garden after returning from the rice fields in the morning. While they work steadily, a group of men from the village are drinking nearby in merry revelry.

How are communities in Pursat rising to the climate challenge? 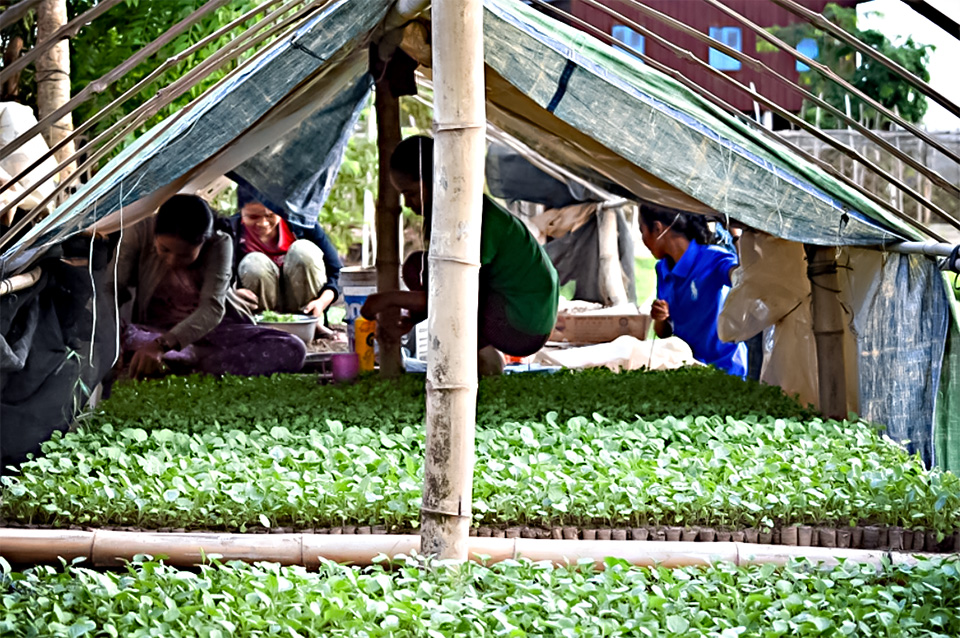 Pursat province was once a stronghold of the Khmer Rouge. When the civil war ended, men who had been called away to fight returned to their farms to find that the bulk of agricultural labour had been taken up by the women and girls they had left behind. But little has changed in the distribution of work over the decades since. And now, they must contend with increasing environmental hostility brought about by climate change.

Pursat is particularly vulnerable to flash floods and communities are struggling to adapt to their increasing frequency and intensity. In dry seasons, drought conditions prevail for months at a time. Villages like Chreng have no water body or canal near them and almost no access to clean piped water. Growing rice in such conditions is a constant battle, yet many farmers are solely dependent on it. “Climate change poses a greater burden on women and girls in agrarian communities, making greater demands of their time and labour. Yet women bring a wealth of knowledge, skills and leadership when it comes to adapting to and mitigating climate change,” says Inkar Kadyrzhanova, UN Women Gender and Climate Change Specialist at the EmPower: Women for Climate-Resilient Societies project with UN Environment Programme. The EmPower project aims to make sure that rural women in vulnerable communities are at the heart of climate decision-making and are enabled to build resilient livelihoods with renewable energy. 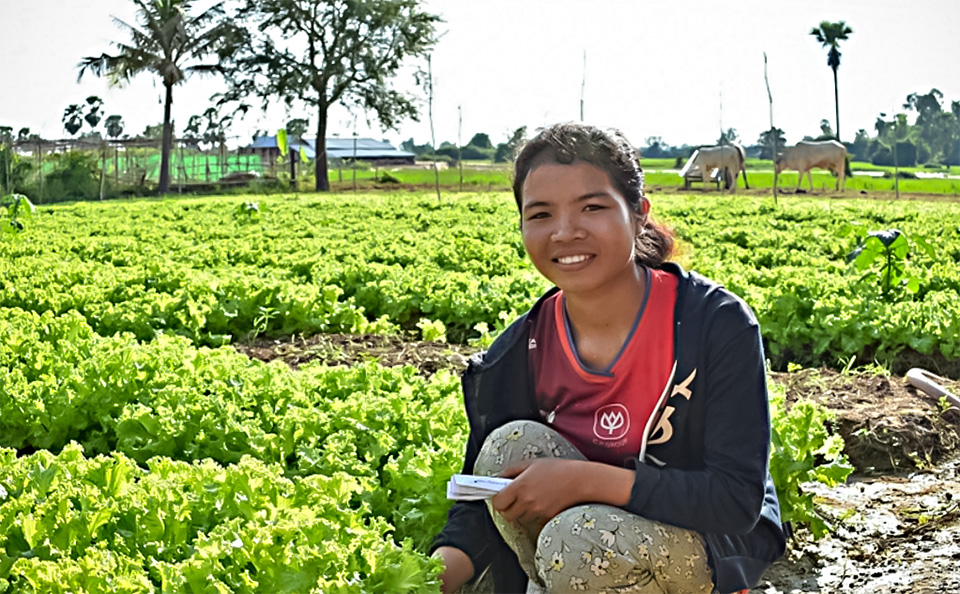 In Cambodia, women like Lang Sokang are quietly changing the agricultural landscape with their home-grown vegetable gardens. From Chinese cauliflower to lettuce and gourds, multi-cropping in these gardens is not only helping keep the land fertile but is also a steady source of income, bringing nearly USD 500 per growing cycle. In 2018, when the flash floods struck and rice harvests were affected, income from these gardens helped cushion Lang’s family during the disaster.

Water for Lang’s gardens comes from her family’s well, with the help of an electric pump and a diesel generator. But these machines are new additions. Until three years ago, the village and household didn’t have access to electricity.

Renewable energy can provide a solution. A recent study by EmPower and Nexus for Development found that in Pursat province, renewables-powered water pumps, biodigesters, and harvest refrigerators and dryers can greatly benefit women farmers in the long run. 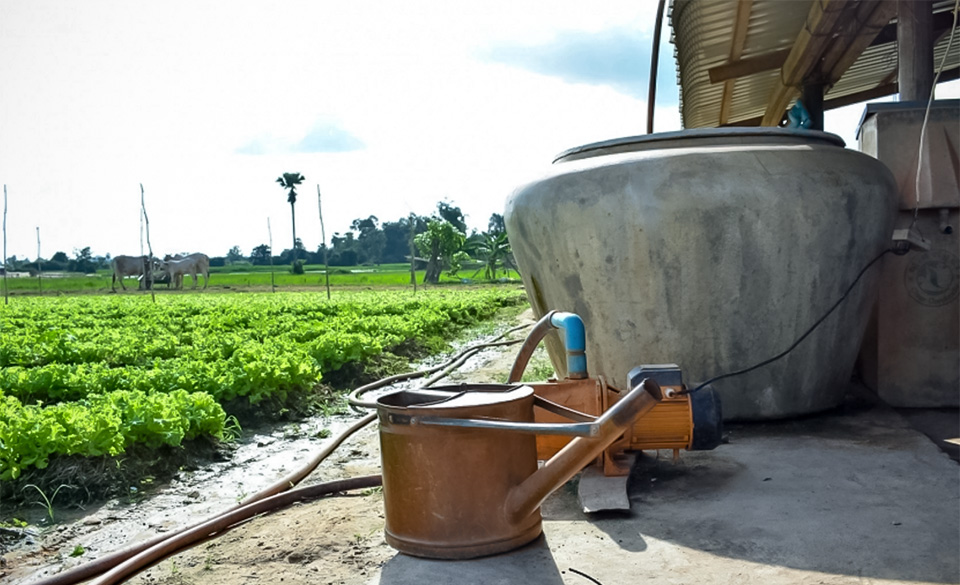 The National Committee for Sub-national Democratic Development in Cambodia, a key partner in the EmPower project, sees the value in this proposition. “Sustainable development needs steady small-scale local investments. Locally, people need basic infrastructure like water and energy, and we need to be able to help them build capacity and access technology internally. While often difficult, encouraging women to be part of the local planning process is very important,” says Sunsopheak Sorn, Deputy Director of Programme Management at the Committee.

Annette Wallgren, Programme Management Officer, Gender and Climate Change at UN Environment Programme working for the EmPower project, says that while essential, promoting gender equality in climate action often comes at the cost of unfairly increasing the burden on women and girls already laden with responsibilities. “Women already take on the roles of provider, labourer, child rearer and household manager, among other duties. To see real impact and equality, there also needs to be a reckoning of the role of men and boys, challenging their roles in the community and engaging them in tackling climate change,” she says.

The Cambodian Government has set its sights on increasing vegetable production by 20-30 per cent and decreasing their current vegetable imports of nearly 200 tonnes annually. Climate-resilient agriculture driven by women like Lang Sokang can ensure Cambodia meets those targets. Putting gender equality at the heart of climate action will ensure that vegetable gardens and sustainable development efforts bear fruit for years to come.