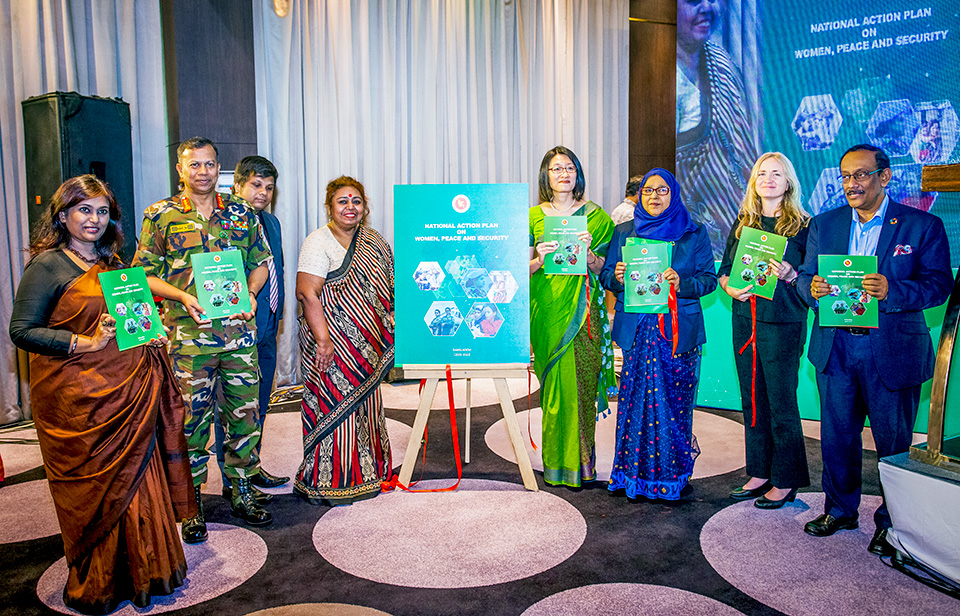 Dhaka, Bangladesh — Bangladesh has launched a four-year action plan on women, peace and security, to transpose at national level a series of resolutions by the UN Security Council. The National Action Plan (NAP) will expand women’s roles in peacekeeping, peacebuilding, disaster management, and preventing violent extremism. This will build on Bangladesh’s efforts to establish peace and security within and beyond its borders.

The plan “represents the Bangladesh Government’s recognition of women’s important role in peacebuilding and preventing conflicts,” said UN Women Country Representative Shoko Ishikawa. It was “crafted by listening to the voices, needs, and experiences of diverse women from all over Bangladesh,” she said at the launch ceremony of the NAP held in Dhaka on 24 November, organized jointly by the Ministry of Foreign Affairs and UN Women.

Bangladesh is the 83rd member state of the United Nations to adopt a national action plan following the 10 resolutions on women, peace and security by the Security Council, from Resolution 1325 in 2000 to number 2493 in 2019.

Bangladesh was a champion of the women, peace and security agenda during its membership of the UN Security Council in 2000, when Resolution 1325 emphasized for the first time the central role of gender equality in the maintenance of international peace and security.

The current NAP on Women, Peace and Security (NAP WPS) has been under development since 2017. The Plan recognizes women’s key role in the prevention of violent extremism, said Monica Shahanara, director of the UN Wing with the Ministry of Foreign Affairs. It will also guarantee the participation of women at all levels of administration and public representation, especially in decision making on peace and security, both nationally and internationally, she said.

The NAP will make disaster management and recovery systems more gender-responsive, and enhance the protection of women’s human rights, before, during, and after conflict and crises, she added. Financing was to come from the core budget of relevant ministries, and development partners.

There is growing evidence that without the participation and contribution of women, peace is unsustainable, said Lieutenant General Mahfuzur Rahman, principal staff officer of the Bangladesh military. The high levels of women’s participation in the country’s armed forces is a solid display of women’s empowerment and participation in peace and security, said Rahman, who has served in several UN peacekeeping missions. 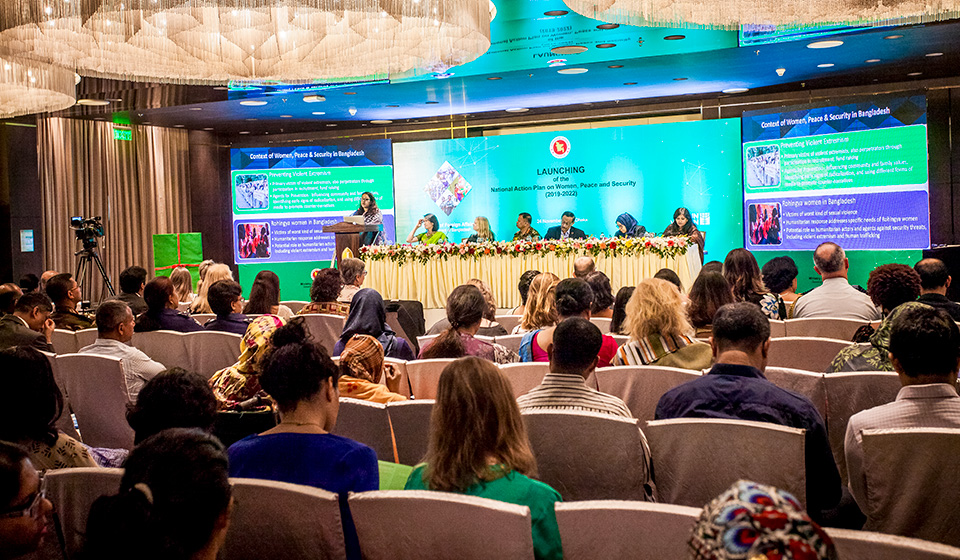 The consultation of grassroots women in drawing up the NAP was welcomed by Rokeya Kabir, executive director of civil society group Bangladesh Nari Progati Sangha. However, she also said an accountability mechanism would be needed to make sure the implementation of the NAP adheres to the principles of gender equality.

Marita Sorheim-Rensvik, special envoy for women, peace and security of the Norwegian Ministry of Foreign Affairs, congratulated the Government of Bangladesh on the NAP WPS, which comes ahead of the 20th anniversary of the 2000 Security Council Resolution 1325. “It is a big day, not only for Bangladesh, but also for the UN and other partners who rely on Bangladesh to deploy peacekeepers and engage in prevention efforts, disaster management and peacebuilding.”

Foreign Secretary Md Shahidual Haque said the NAP development process has created a platform for discussion on WPS with a wide range of actors. He highlighted the centrality of peace, stability and sustainable development in his country’s foreign policy, and referred to the government’s commitment to gender parity in the foreign service that has seen women’s participation go from 5 per cent to 40 per cent.

A total of 95 representatives from government, civil society groups, academia, research organizations, development partners, and the media attended the launch. 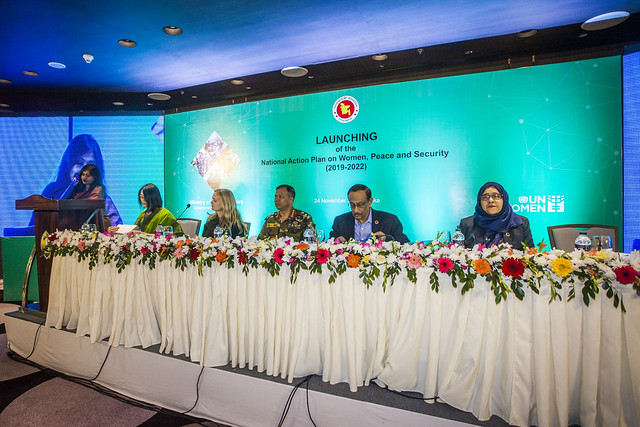 Related News
09/11/2022
Members of Parliament to Accelerate Localization of Women Peace and Security Agenda
28/03/2022
National Colloquium on Learnings from the Women Peace Café
22/09/2021
From where I stand: “I wanted my daughters to know who makes the decisions at home”
24/05/2021
From Where I Stand: “Three words to keep in mind – integrity, empathy and humility. I serve with honesty the people who need me the most”
22/02/2021
From Where I Stand: “You can very well be a mother and a front-line combatant”
END_OF_DOCUMENT_TOKEN_TO_BE_REPLACED