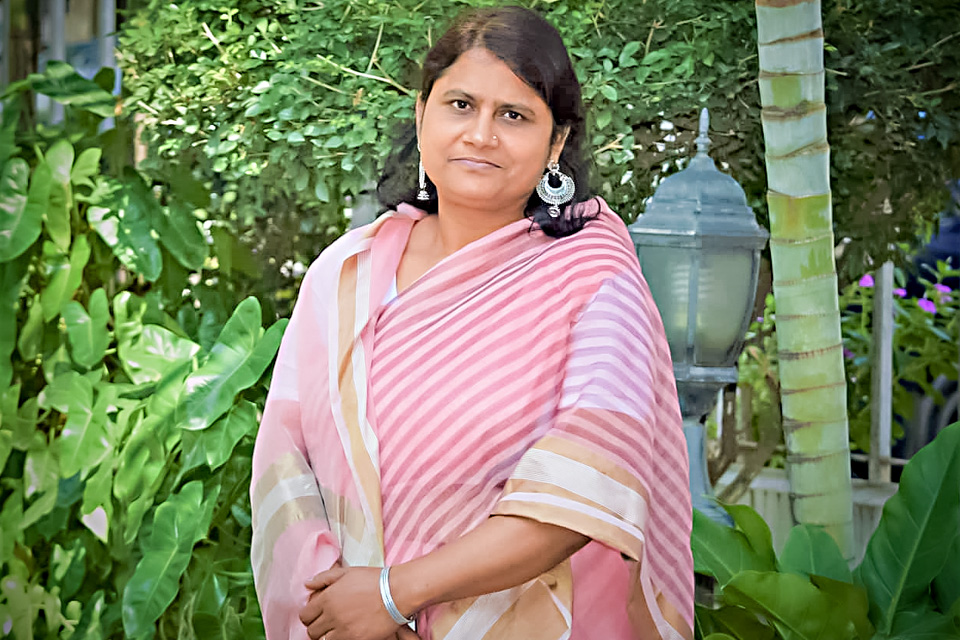 Ulipur, Bangladesh — Farida Easmin began her journey of coping and overcoming when she was 16 and her father died suddenly. As the eldest daughter, she had to take care of the others, and she worked in small non-governmental organizations while continuing her studies.

“I still remember I used to earn only 1,350 taka per month (about USD15.5 now) and I used that money for expenses for my siblings and family,” she said.

Today, at 48, Easmin is helping other vulnerable women and girls cope with and overcome the risks of climate change and the natural disasters that often hit Ulipur, the rural area where she was born and grew up.Easmin is Executive Director of Nari Associate for Revival and Initiative, a non-governmental organization she founded three years ago. Her salary is still small, but the friendly, hard-working woman is enthusiastic about bringing change to her community, especially the women and girls.

“Climate change has become a big environmental challenge for us,” she said. “During any natural disaster, rural women face the most hazardous situations because they don’t have enough skills, capabilities and resources.”

NARI’s 10 permanent staff members and eight regular volunteers help community women and girls become more aware of and better able to handle climate change and disasters before, during and after they strike.NARI provides guidance on maternal and child health, including during and after disasters. It finds government assistance for women and girls facing problems such as sexual assault, harassment, child marriage and dowry. NARI guides them to income-making opportunities, like making handicrafts to sell at the market.

Ulipur is part of Kurigram, a district in northern Bangladesh that is extremely prone to floods surging from the Dharla River. Many of Ulipur’s more than 410,000 people do farming and agricultural activities. The floods destroy their houses, crops and livestock.

Easmin credits her knowledge and her confidence to two UN Women trainings which she took in 2019 through the both national and regional programs: National Resilience Programme (NRP), and “EmPower- Women for Climate Resilient Societies”. She learned about types of climate changes, their impacts, the risks for women, and ways to preserve the environment and to overcome the risks. She learned practices for maintaining health and hygiene during catastrophes and the roles women should take.

After the trainings, Easmin educated the women and girls of her organization and community. She recently led a consultation on climate change and disaster preparation.

“In my locality, if anyone faces any problem about women or disaster issues, they invite me for a solution,” she said.

Easmin now lives with her husband and their daughter, 25, who just got her bachelor’s degree in pharmacy. “My daughter is more concerned about women’s empowerment than me,” she said. “She keeps on telling me that she will not get married until she becomes financially stable.”

“I think if we women don’t think for us nobody will, “Easmin said. “I am extremely glad that UN Women identified me and assisted me immensely to enhance my knowledge and build my abilities. I would like to request organizations like UN Women to support all the women so that we can make progress.”