UN Women organized the webinar meeting of China’s Women’s Empowerment Principles network on May 8 with help from China Entrepreneur Magazine’s Mulan Initiative. Its purpose was to celebrate the network, welcome new WEP signatories, and discuss UN Women’s support for signatories.

The company representatives discussed what actions WEP signatories were and will be taking during and after the COVID-19 crisis, and how they can use the Principles to guide them on a gender-sensitive response to the crisis. They discussed ways to cooperate to carry out the WEPs.

UN Women and United Nations Global Compact jointly wrote the WEPs: signatories commit to create equal and fair conditions for women in the workplace. In China, 86 companies have signed the WEPs; more than 3,000 companies have done so globally.

During the webinar, the companies also discussed how the joint European Union-UN Women programme WeEmpowerAsia can support them. The EU-funded programme promotes women’s economic participation and business opportunities in seven Asian countries including China.

Lin Jialei, Programme Manager at UN Women China, opened the gathering by noting how empowering women strengthens the bottom line of businesses: “Promoting gender equality is not only the right thing to do, but also the smart thing to do.”

She urged companies to take even more steps to help female workers during and after the COVID-19 crisis.

The webinar participants included Wang Jing, Chairwoman of Toread, a Beijing-based manufacturer of sports apparel. She joined the call from Mount Everest Base Camp in China, where she was on a work assignment.

“At Toread, around 50 per cent of employees and 30 per cent of managers are women,“ she said. ”We expect to be engaged in more UN Women projects to empower women further in our organization.”

Wang had signed the Principles on International Women’s Day on March 8. 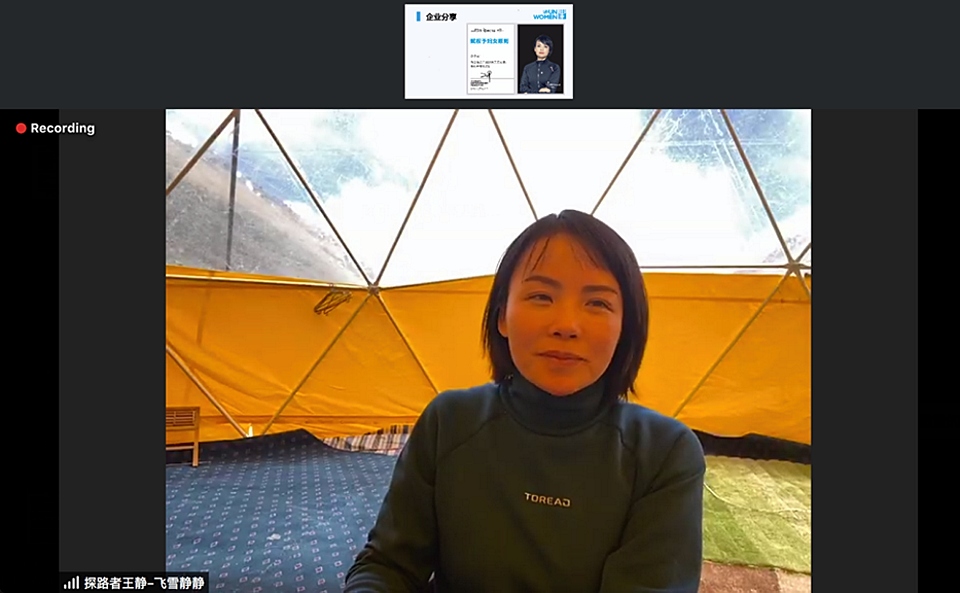 “We were founded only two years ago and our strong presence today is a testament to the extensive work we do to support women’s economic empowerment and our values of equality and diversity in the workplace and community,” she said.

This year marks the 40th anniversary of EU-China diplomatic relations. The webinar, held ahead of Europe Day on May 9, also highlighted the need to strengthen links between European and Asian markets through the WEPs and gender-sensitive trade and supply chains.