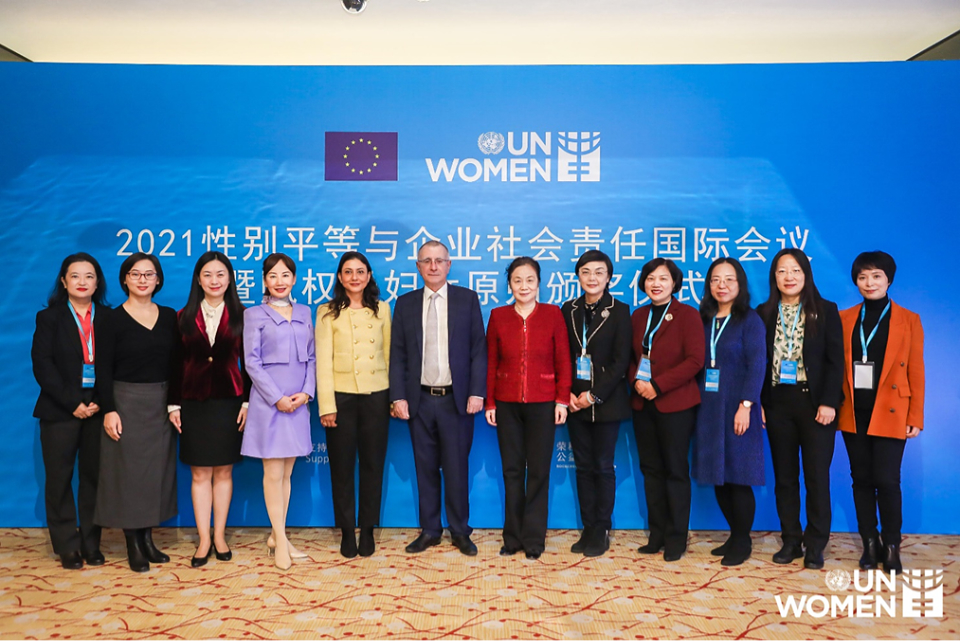 Beijing, China – Eleven Chinese businesses were granted Women’s Empowerment Principles (WEPs) Awards by UN Women China, in partnership with the EU Delegation to China. The award ceremony took place during the 2021 International Conference on Gender Equality and Corporate Social Responsibility (CSR). The WEPs Awards celebrate the efforts of private-sector companies in addressing gender inequalities in the new normal of a post COVID-19 world.

At the opening, Smriti Aryal, Head of UN Women China office, addressed that “there is unmissable opportunity to look at building a different economic modal that is supports women’s livelihoods and use the recovery to shape a more sustainable, just and equal world”. She also emphasized the tremendous opportunities to create decent jobs in strategic green sectors and bring women at the centre as well as the importance to build a robust mechanism for small and medium sized enterprises and workers especially in informal sector who are suffering higher level of shocks and vulnerabilities. 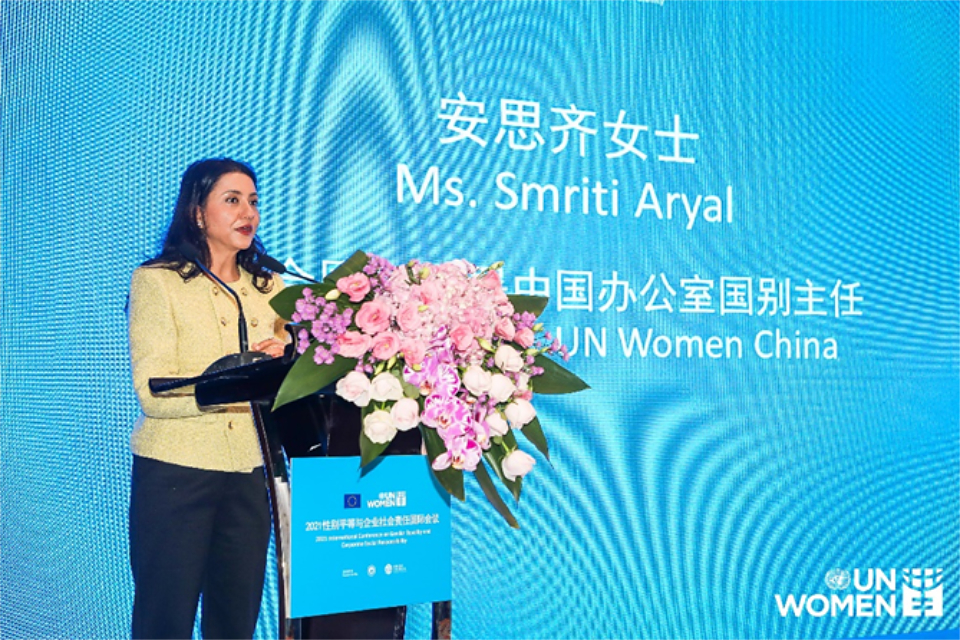 Ms. Mu Hong, Director-General of the liaison department of the All-China Women’s Federation, addressed that ““Effective actions taken by companies are needed to economically empower women, to provide equal opportunities for women, and to promote their participation in science and technology innovation, which are not only conducive to stimulating women's potential, but also to achieving more sustainable economic growth.” 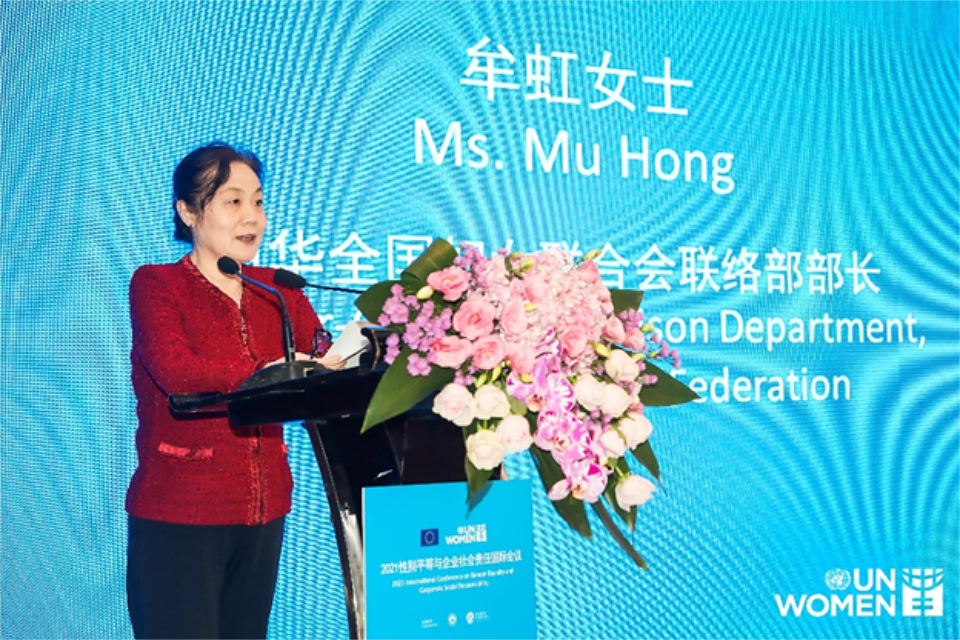 Mr. Nicolas Chapuis, Ambassador and Head of Delegation of the European Union to China, reiterated the EU’s commitment towards gender equality and women empowerment in the workplace and pointed out how crucial it is to ensure that pandemic-related recovery measures are gender-sensitive to achieve greater equality in both paid and unpaid work. 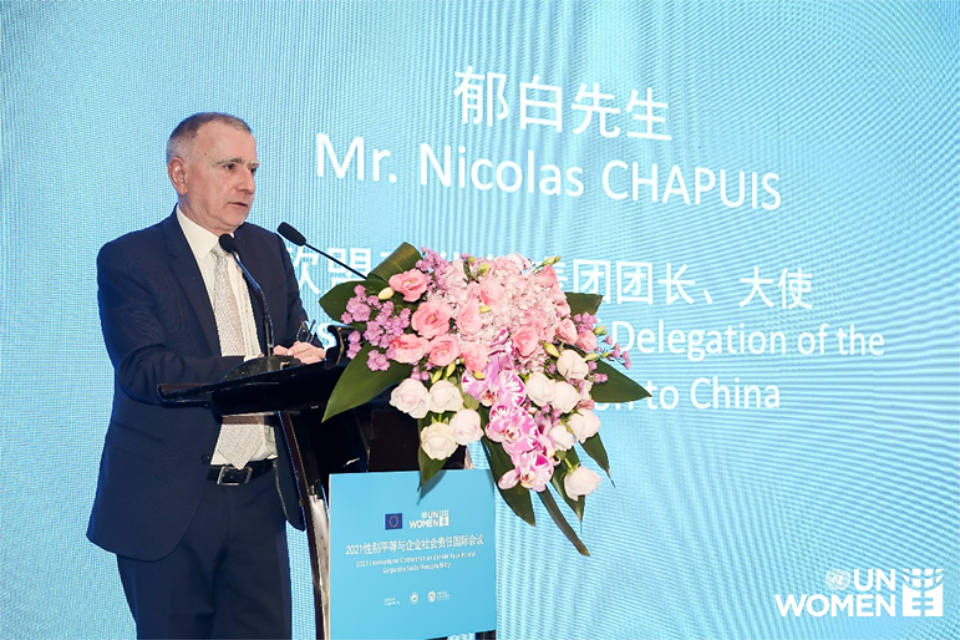 Mr. Nicolas Chapuis, Ambassador and Head of Delegation of the European Union to China, speaks at the opening. Photo: UN Women/Liu Hansong

In response to the heavy toll COVID-19 has taken on economy, employment and people's life, UN Women also launched the #SheBounceBack coffee table book to showcase role of women as first responders to COVID-19. Six female leaders from all walks of life shared their experience on women’s leadership on accelerating recovery and building resilience in a post COVID-19 world. 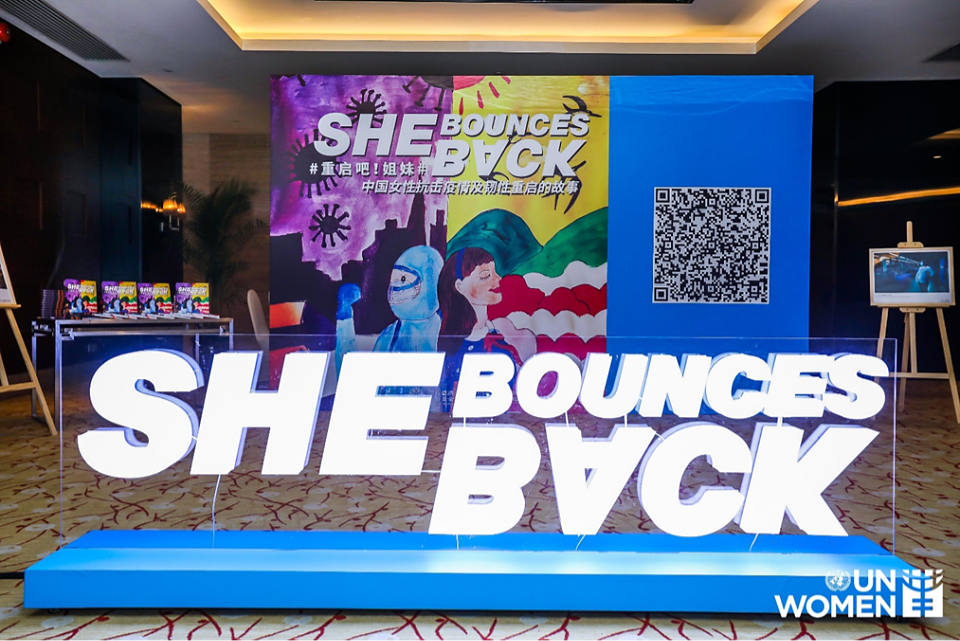 The awards presented to the 11 gender champions in China, recognize exemplary business practices for gender equality aligned to UN Women and UN Global Compact’s WEPs. These are a set of seven principles guiding businesses to become more gender-responsive across their value chain. To date, 265 companies in China have pledged action to advance the WEPs, and more than 5,600 globally. 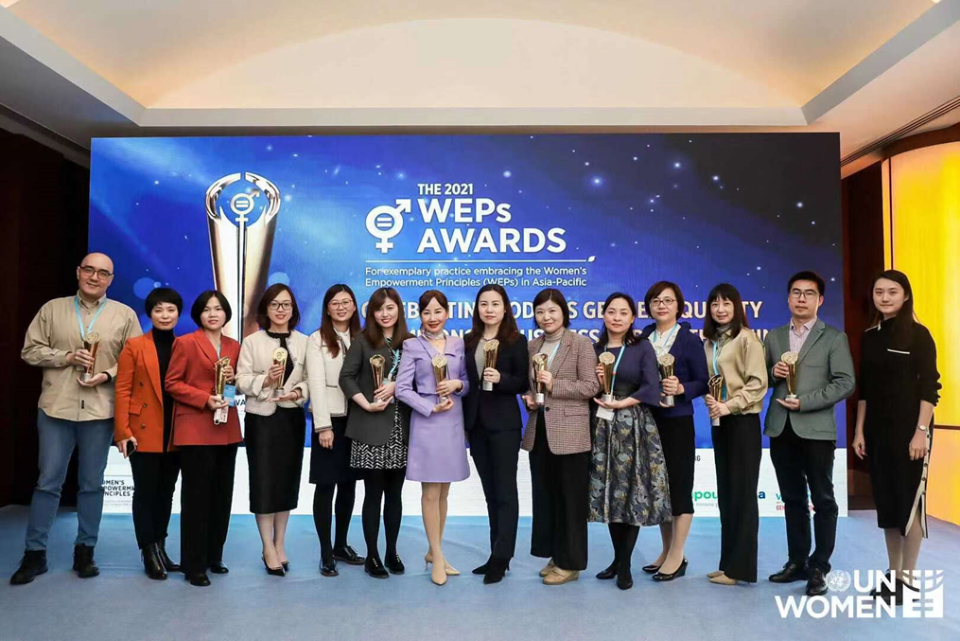 UN Women is a global champion for gender equality. We work to create a world in which every woman and girl can exercise her rights and live up to her full potential. We are trusted partners for advocates and decision-makers from all walks of life, and a leader in the effort to achieve gender equality.

As the only UN entity dedicated entirely to gender equality and women’s empowerment, UN Women has a special role to play in advancing the global development agenda. Our ability to partner with and engage a range of actors across governments, civil society, the private sector, and media, truly sets us apart. Our triple mandate uniquely positions us to:

Delegation of the European Union to China