Manila, Philippines – With the Philippines already facing the impact of Artificial Intelligence (AI) accelerated by the ‘new normal’, Filipino women are being trained for the future of work as data labelers, virtual assistants and more, with help from social impact start-up Connected Women and the joint EU-UN Women programme WeEmpowerAsia. 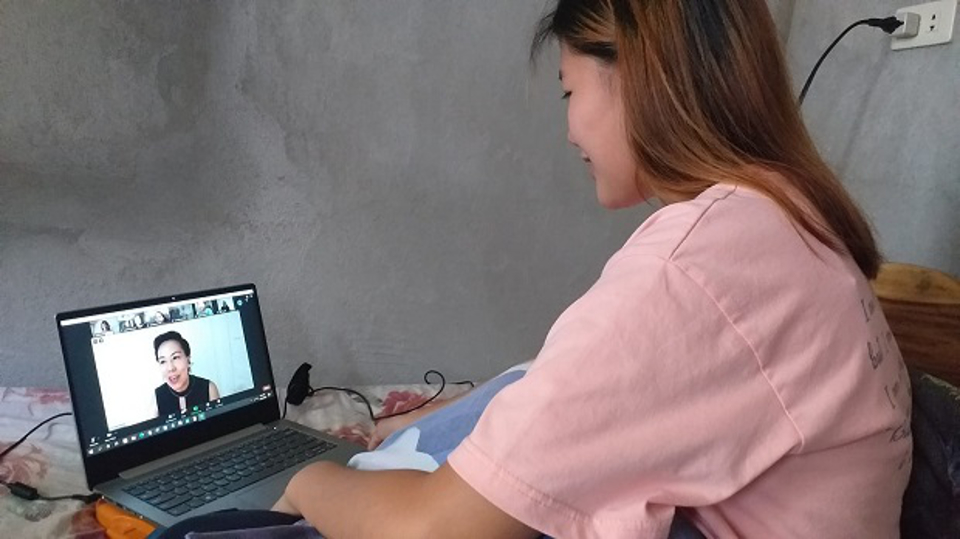 Rica, an 18-year-old juvenile stroke survivor and a participant in the pilot training. Screenshot: Connected Women

Seventy Filipino women were selected in July for the first cohort of the pilot training ‘Elevate AIDA (Artificial Intelligence Data Annotation).’ These women previously did not have any knowledge of AI and were trained in basic data labeling skills such as image identification, classification and categorization. The goal was to train 200 women by the end of the year and 1,000 more by 2021.

The training participants included Ida, a single mother and working student. She not only needed to take care of two young children but also look for work that would allow her to stay home with them during lockdowns.

“It gives opportunities to single mothers like me who have a hard time looking for work,” she said. 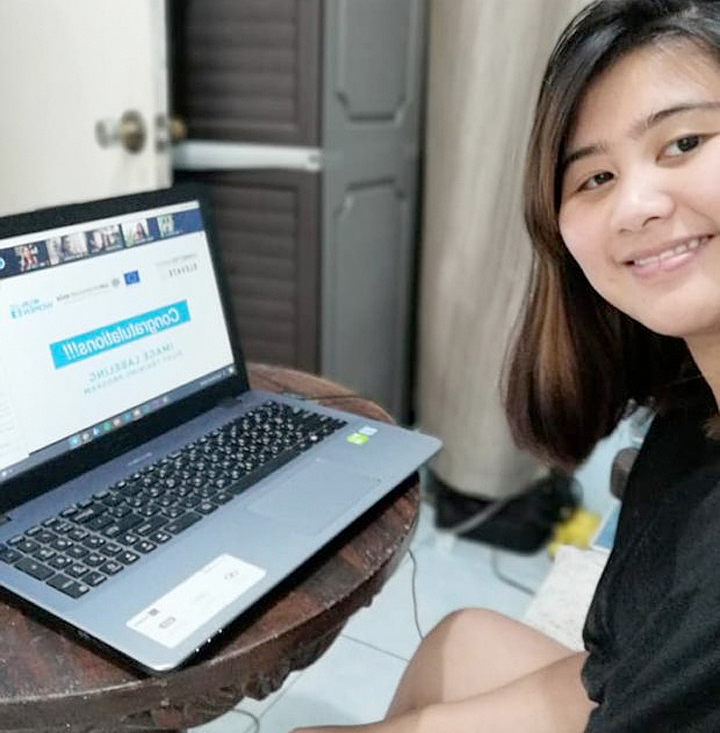 Ida, a single mother and a working student, was one of the participants of the pilot training. Photo: Connected Women

Janette, a former Overseas Foreign Worker (OFW) displaced by COVID-19, was another participant who said she was going to recommend online job opportunities such as data labeling to her friends and family, so they won’t have to leave the country. She was working in Qatar but had to come back to the Philippines because of the pandemic. 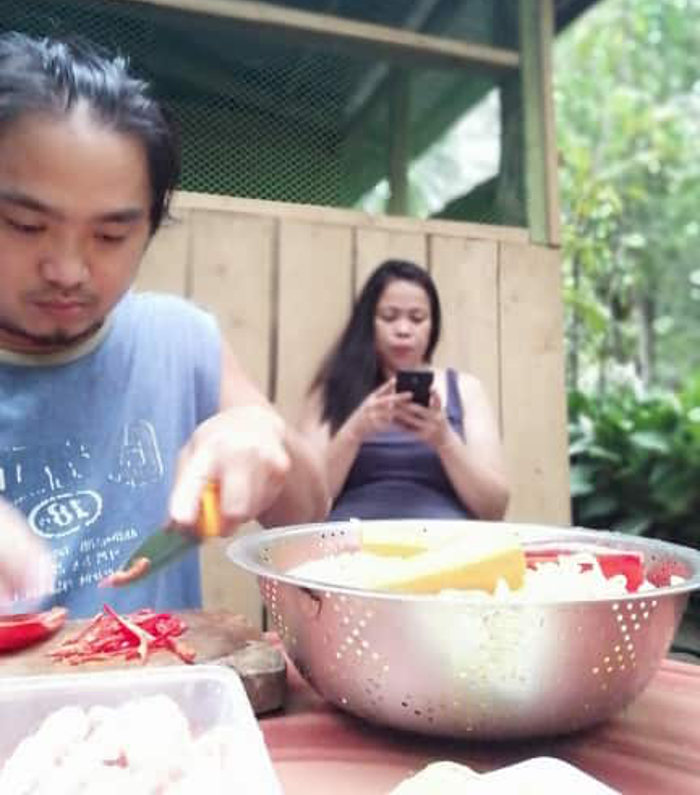 Another trainee is an 18-year-old juvenile stroke survivor, Rica. She was 16 when she had an Ischemic stroke which she felt limited her career options. During the lockdown, she decided that she needed a job that she could do at home and will allow her enough flexibility as she continues with her physical therapy.

“I learned and discovered a lot of jobs I can do even while working from home. I also did not feel discriminated against,” Rica said.

Philippine social impact start-up, Connected Women is leading the training initiative; WeEmpowerAsia has contributed learning tools and knowledge on the Women’s Empowerment Principles (WEPs) as part of its campaign ‘#WomenRiseAboveCOVID.’ The campaign, which underlines the importance of empowering women as businesses face the challenges of the pandemic, had launched in the Philippines in March. WeEmpowerAsia promotes women’s economic participation and business opportunities in seven Asian countries, including the Philippines. 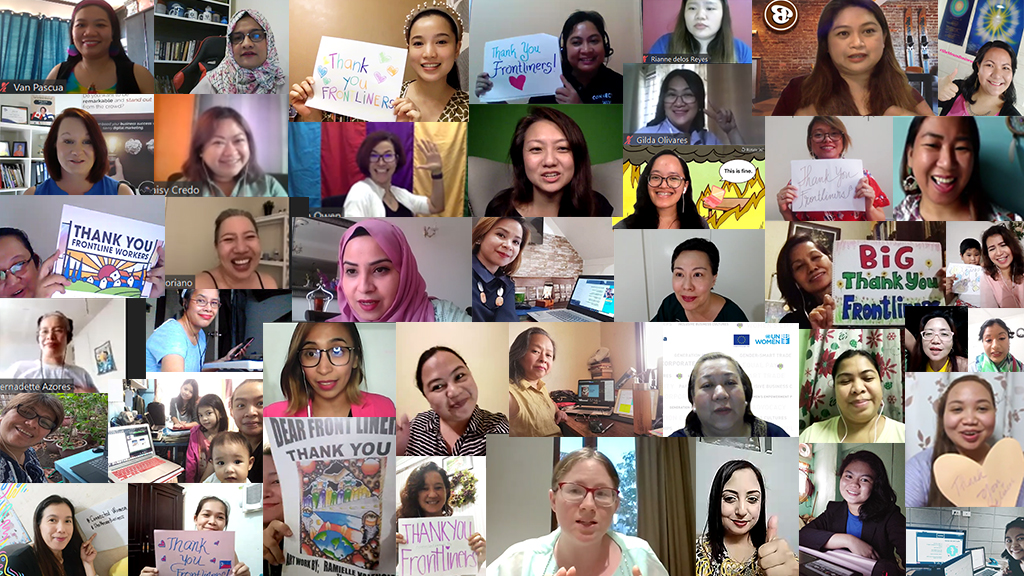 Rosalyn Mesina, Program Manager for WeEmpowerAsia in the Philippines, said she was hopeful that other partners and private sector groups would consider investing in similar projects to open pathways for Filipino women and provide access to decent jobs and income security. “I am already seeing a lot of very successful women in this space who can be mentors and who can really inspire others to do the same,” Mesina said.

Gina Romero, founder of the Connected Women, said the reputation of Filipinos as hard-workers will help them stand out in this fast-growth market. “As long as we keep advocating for the training, the tools, the knowledge, and the awareness about these types of opportunities, I think this industry will surely grow,” Romero said.

Apart from the partnership with WeEmpowerAsia, the training involved a working collaboration with technology organizations such as the Philippine Department of Information and Communications Technology, Globe Telecom and Facebook, which provided access to the necessary resources and tools to make the initiative a success.

Labeling and categorizing images can earn data annotators around P500 per day, depending on their output. According to the training participants, this was more than what many Filipino women earned in the informal economy due to lack of education or access to decent jobs. Outside Metro Manila, the minimum wage ranged from P200 to P400 a day.

The new AI-powered business models in a post-pandemic world still rely on machine “learning” and this is where data labeling comes in. The process uses human intervention to train AI applications by labeling data such as images, text or voice. The data is then labeled by the AI and verified by a human so that it can further improve its accuracy.

The industry’s value is expected to be at more than USD $1 billion at the end of 2023 and USD $1.6 billion by the end of 2025. Countries such as India and the Philippines have started to jump on the bandwagon, employing thousands to work for companies such as Google, Microsoft, Walmart, General Motors and more.

About WeEmpowerAsia
WeEmpowerAsia, a programme funded by and in partnership with the European Union seeks to increase the number of women who lead and participate in business in China, India, Indonesia, Malaysia, the Philippines, Thailand and Viet Nam. A key component of the programme is to mobilize private sector companies to become gender-responsive by committing to and implementing the Women’s Empowerment Principles (WEPs). For more, visit www.weempowerasia.org.

About UN Women
UN Women is the United Nations organization dedicated to gender equality and the empowerment of women. A global champion for women and girls, the organization was established in 2010 to accelerate progress on women's rights worldwide.

About the European Union
The European Union is made up of 27 member States who have decided to gradually link together their know-how, resources and destinies. Together, during a period of enlargement of 50 years, they have built a zone of stability, democracy and sustainable development while maintaining cultural diversity, tolerance and individual freedoms.