From where I stand: “Buddhist and Muslim women are cooperating to support the peace process in Southern Thailand”

For 17 years Pateemoh Pohitaedaoh has been promoting peace in Thailand’s southern provinces and the empowerment of women survivors of the region’s armed conflict, who include herself. 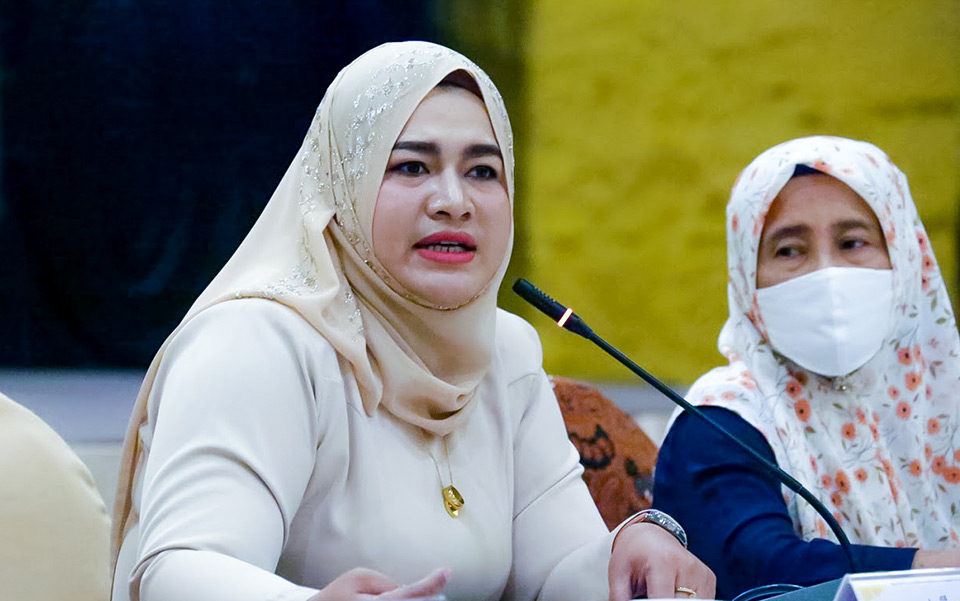 Since the violent conflict in Thailand’s southern provinces re-emerged in January 2004, many of us have lost friends and family members. From 2004 to 2011, I lost four siblings to the violence. While this breaks my heart, it also motivates me to help with women who continue to suffer from the consequences of armed conflict.

Almost 17 years ago when I was living in Bangkok, I joined a network of women’s groups to coordinate a project helping conflict-affected women. During this time, I learned a lot about the difficulties women in conflict settings face in accessing justice, such as limited knowledge of justice processes, language barriers and unfamiliarity with court and civil service systems. After six months within this network, I decided to move back to Southern Thailand. I realized I would make the most difference by working with women in places where the conflicts are taking place. As I have experienced the same type of pain and difficulties as many other women in Southern Thailand, I know what type of support they need.

When I moved back, I founded the NGO WePeace and initiated various activities aimed at empowering women from conflict-affected areas. Friends Help Friends is one such, which supports women in accessing justice, remedies and social services. I also established women volunteer groups who provide primary assistance to women survivors of violence. To date, we have more than 871 women volunteers from almost all villages in the southern provinces. They are all agents of change and peace, which has given them a strong sense of confidence.

The important role of women as peacebuilders is gradually being recognized in Thailand. Women working together has been effective in getting our voices heard. The conflict originated as an ethnic and religious separatist insurgency more than 70 years ago, but today, Buddhist and Muslim women are cooperating to support the peace process in Southern Thailand. Even though they have different beliefs, they look at each other as individuals with similar experiences who need to support each other. This inter-religious advocacy on the empowerment of women has really paid off. During the peace negotiations, we were for instance able to promote the implementation of safe zones, which improved personal security and community resilience. Some thought that a woman’s voice would not be loud enough to be heard in the negotiations, but we proved them wrong.

In recent years, the violence has decreased in Southern Thailand, and the Government has engaged more women’s groups in the peace process. There is, however, a long way to go before we can ensure women’s protection. Even when the conflict comes to an end, other types of violence are likely to persist, such as sexual and gender-based violence, which disproportionately affects women. I believe a major problem is that, while people are paying more attention to the issues around women, peace and security, they still do not understand what this really entails. Therefore, we need to set up national mechanisms that ensure the implementation of the WPS agenda, and organizations working on women’s protection and leadership need more budgetary support.

As I see it, women and youth are essential actors in contributing to positive change. We cannot watch other people solving our problems, but we do need the support of men in enabling gender-responsive progresses. That is why every activity we arrange provides space for men to listen in and exchange their points of view.

As an activist for women, peace and security, I have been through a lot and faced many obstacles, sometimes even being discredited for my work. But I will never give up. The more problems I see, the more committed I am.”

Pateemoh Pohitaedaoh, 40, was born in Yala province, which is one of the three southernmost provinces of Thailand where a long-running violent conflict re-emerged in 2004. She founded NGO WePeace in April 2004, to support and empower women affected by conflict and violence. She is also the assistant secretary of the Coordination Center for Children and Women in Southern Border Provinces (CCCW-SBP), established in 2019 under the Southern Border Provinces Administrative Centre. Her efforts contribute towards the Sustainable Development Goal (SDG) 16, which aims to promote peaceful and inclusive societies, and SDG 5 on gender equality and women's empowerment.

Related News
30/10/2020
From where I stand: “As an outspoken women’s rights activist, I have gained the confidence necessary to help Rohingya women from similar backgrounds as mine”
30/10/2020
From Where I Stand: “There is nothing I want more than a peaceful community where we can live in our ancestral domain, practicing our traditional culture”
30/10/2020
From where I stand: “I will never stop advocating for women’s rights and security. Because if women don’t feel secure, how can Myanmar be secure?”
17/01/2017
British Embassy Bangkok and UN Women host dialogue on conflict-related sexual violence survivors and children born out of rape
29/08/2013
UN Women assures the Thai government of technical support to women’s advancement projects and the strengthening of roles women in politics and in facilitating peace
END_OF_DOCUMENT_TOKEN_TO_BE_REPLACED