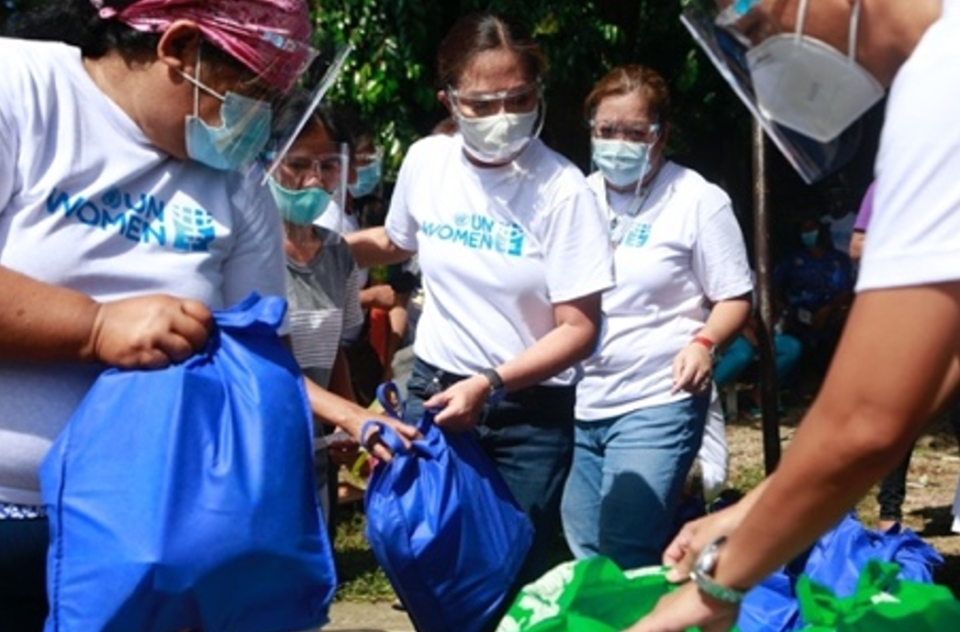 Manila, Philippines– UN Women and businesses mobilized by broadcast journalist Karen Davila have brought hygiene kits and other relief goods to hundreds of women and girls whose lives were upended by a typhoon in Rizal province on Luzon Island, Philippines.

UN Women has been undertaking its Agapay Nanay -- “a helping hand for mothers” -- relief effort since Typhoon Ulysses, known locally as Vamco, struck Rizal on 11 and 12 November. Seventy per cent of the some 3,250 families affected included women who were already under strain from having lost jobs and incomes due to the COVID-19 pandemic.

One woman who received assistance was Josephine Gudgad, 47, a mother of three daughters. “Usually, there are no hygiene kits -- no napkins or undergarments. Those are the things my daughters urgently need,” she said.

Davila, who works for ABS-CBN, said: “The face of hardship, especially in times of calamity, is a woman. Women are often left with the heaviest burden -- taking care of their children while looking for their next meal. In times like this, it is so important to be there for the mothers.”

Gonzalez-Intal, a TV host, said that women with special needs, including those who are pregnant or are breastfeeding, require different types of relief goods.

Unilever donated shampoo, body wash and toothpaste. The Aivee Clinic contributed sanitary napkins and power tools. SM Supermalls donated goods that families can use to start up again, including mats, blankets, pillows, plates, flashlights and water containers. SM San Mateo opened its doors to people who had fled the typhoon. 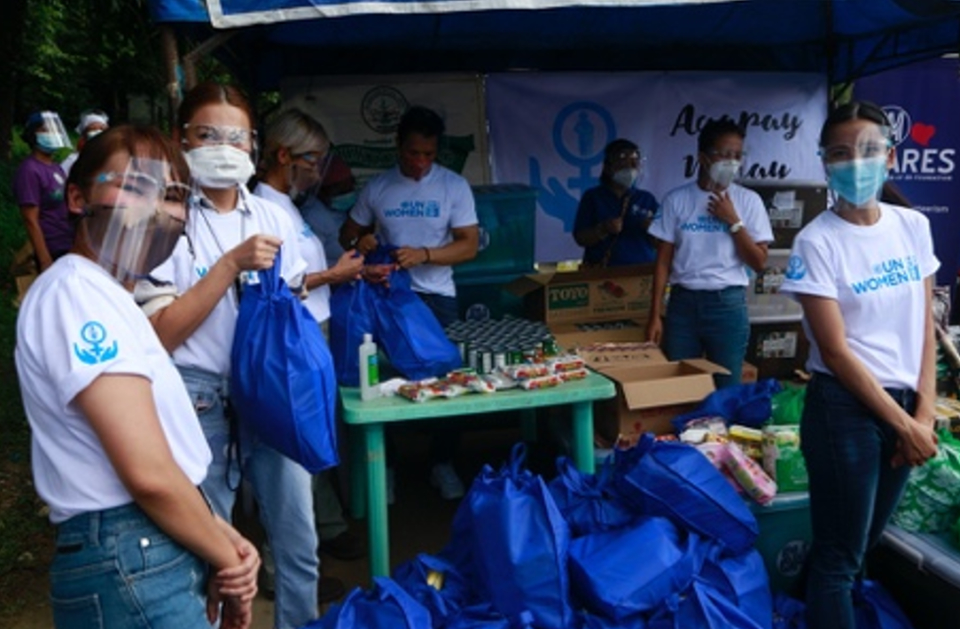 Aivee Teo, Apples Aberin and Bianca Gonzalez-Intal, in foreground from left, pose for a photo while waitng to give relief kits to typhoon victims in Rizal on 24 November. Photo: UN Women Philippines/Chris Leones

“Women are always the one taking care of their family so we know what we give them will benefit their families as well,” said SM Supermalls’ Chief Operating Officer, Steven Tan. “I myself am a feminist. This is the first time I have done this with UN Women and it will not be the last.” 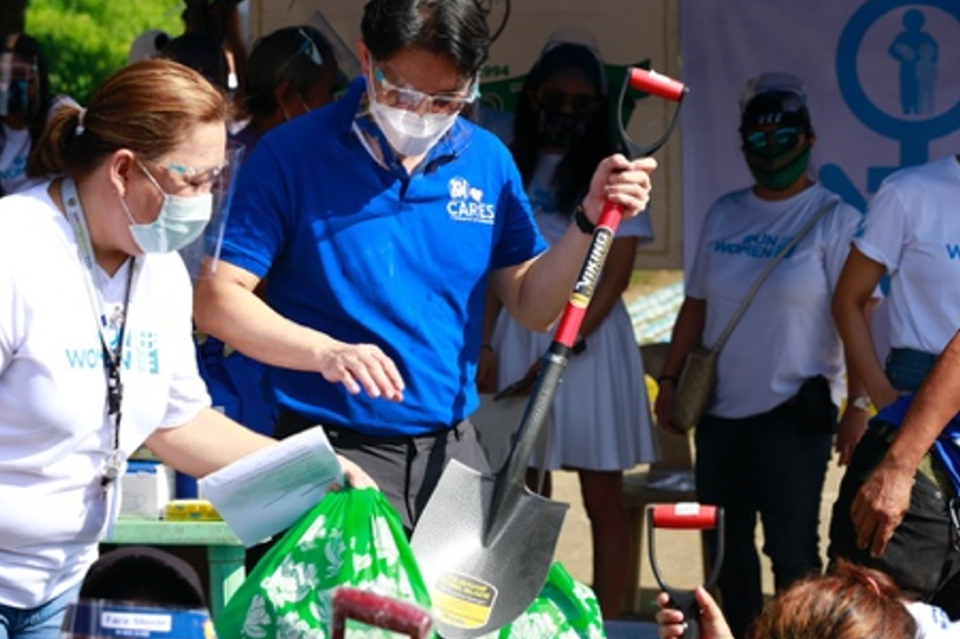 WeEmpowerAsia, a European Union-funded programme that helps women in business and community, has been leading UN Women’s relief efforts.

Working with WeEmpowerAsia is the Women and Girls at the Center of COVID-19 Prevention, a separate UN Women project funded by the Government of Japan. It provided the typhoon victims with face masks and shields, hand soap and sanitizer.

Camille Adle, UN Women Humanitarian Programme Officer, said women have been putting priority on the needs of other family members over their own and doing community relief work even as their own houses still need repair. “We need to offer help and assistance as much as we can so they feel they are also looked after and their needs provided for too,” Adle said.

About UN Women
UN Women is the United Nations agency dedicated to gender equality and the empowerment of women. For more information, visit http://philippines.unwomen.org