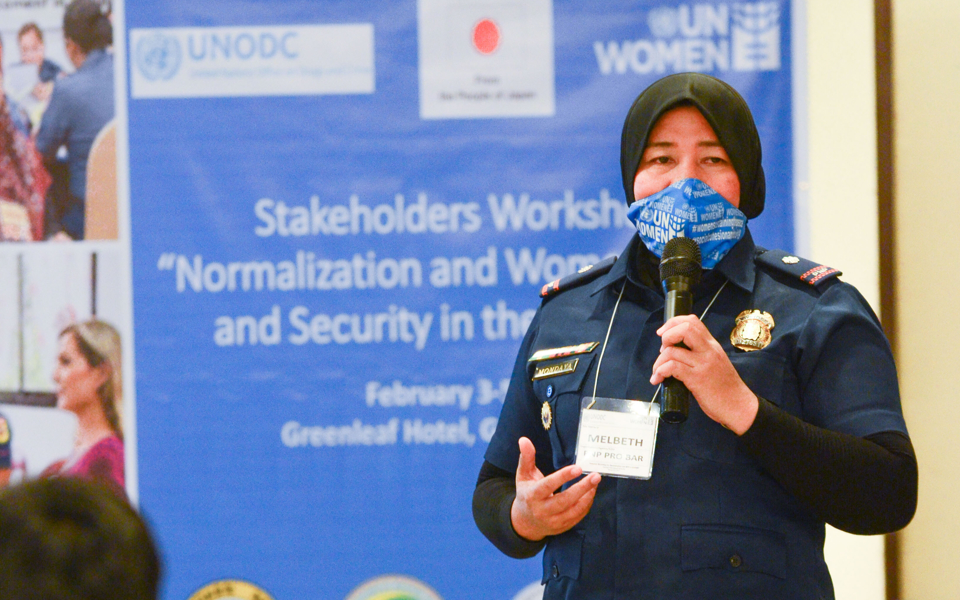 As a demonstration of commitment to place gender at the core of collaborative security action in the Bangsamoro Autonomous Region in Muslim Mindanao (BARMM) in the Philippines, representatives from the Government and from the Moro Islamic Liberation Front, security actors and representatives from women’s organizations came together for a three-day workshop (3–5 February 2021) to discuss how to strengthen cooperation on a range of issues related to gender and security in BARMM.

Hosted by UN Women, in partnership with the United Nations Office on Drugs and Crime (UNODC), and supported by the Government of Japan, the workshop contributed to the overall normalization process towards peace and security in the BARMM. One particular goal was for security sector actors in BARMM to have increased access to evidence and knowledge in order to advance gender-responsive law enforcement processes, including gender-sensitive recruitment, retention and promotion. The workshop aimed to discuss what role BARMM security actors could assume in this regard.

Speaking on the topic and drawing from recent research on Women in Law Enforcement in the ASEAN Region, commissioned by UN Women, UNODC, and the International Criminal Police Organization (INTERPOL), and the associated workshop in BARMM with women officers from the Philippine National Police (PNP), the Armed Forces of the Philippines (AFP), and military combatants from the Bangsamoro Islamic Women Auxiliary Brigade (BIWAB) in February 2020, Dr. Melissa Jardine, Regional Research Lead, highlighted the following points:

Reflecting on the advancement made in BARMM, UN Women’s Representative for the Philippines, Ms. Carla Silbert, highlighted that, “the recent adoption of the Regional Action Plan on Women, Peace and Security in BARMM gives us an excellent new framework through which to work towards building more gender-inclusive outcomes for communities and security actors alike”. 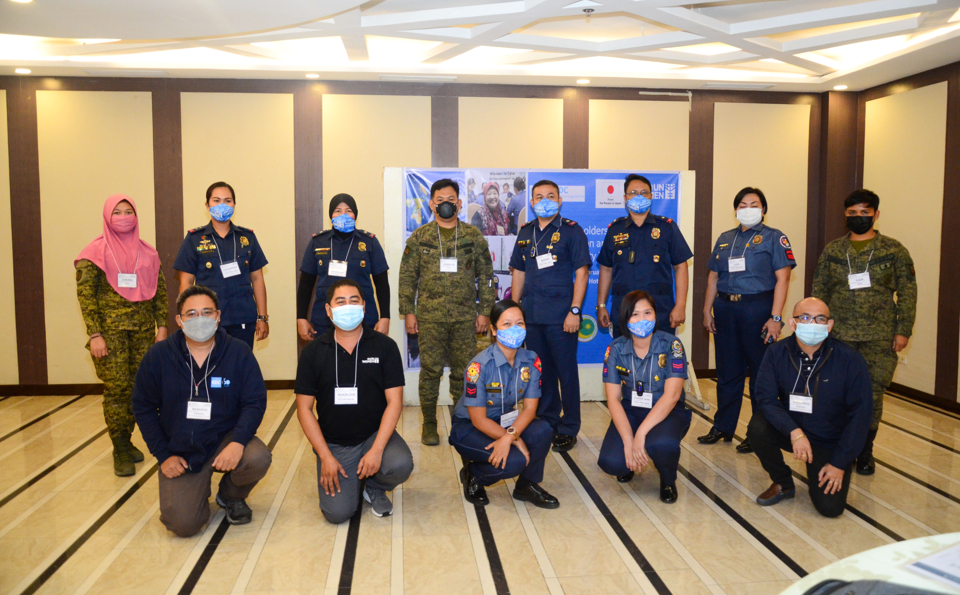 Workshop participants from the armed forces and law enforcement, together with UN Women and UNODC. Photo: UN Women/ Louie Pacardo.

Looking forward, UN Women and UNODC, with the support of the Government of Japan, will continue to champion a more peaceful, secure and gender-inclusive BARMM by empowering women to promote peace, security and resilience in their communities, including through the development of training modules on gender- and culture-sensitive community policing. In addition, security sector actors have increased access to evidence and knowledge to advance gender-responsive law enforcement processes.

Related News
23/03/2022
UN Women supporting female former combatants in the Philippines as agents of peace
22/12/2021
In the words of Police Lieutenant Colonel Melbeth Mondaya: “Protection and education for girls is especially important because they are the key to women’s empowerment.”
05/07/2022
In the words of Aileen U. Hualde
10/05/2022
In an Indonesian province, the people devise a gender-responsive action plan for peace
11/04/2022
Take five: “We need to strengthen women’s voices, leadership and access to decision-making in promoting peace”
END_OF_DOCUMENT_TOKEN_TO_BE_REPLACED