In the words of Mossarat Qadeem: “We, women peacebuilders and mediators, move communities in crisis from stagnation and paralysis to partnership”

Mossarat Qadeem is the co-founder of PAIMAN Trust, a Pakistan-based non-profit organization that works to address violent extremism through community mobilization and empowerment. It provides peace education mostly targeting marginalized Pakistani women and youth, both to reduce their risk of being recruited into violent extremist groups and to empower them to become agents of change. Since early 2020, PAIMAN is working with UN Women to implement a social cohesion programme in the Sindh province. 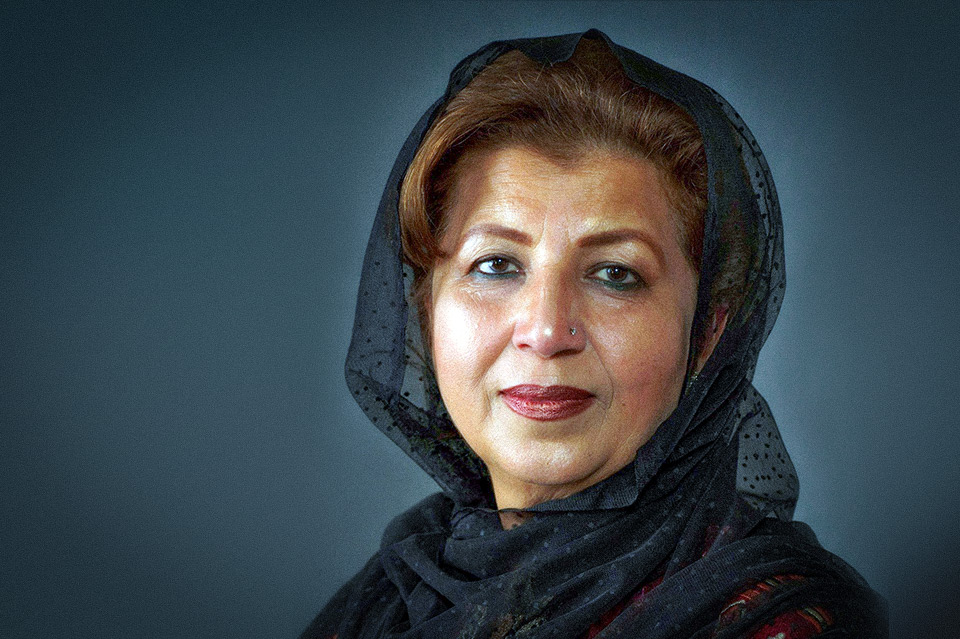 In the early 2000s, suicidal attacks and explosions became a daily occurrence here in Khyber Pukhtunkhwa, north-west Pakistan. Acts of violent extremism affected everyone in my community, be it socially, economically or psychologically. Young people got recruited into violent extremist organizations (VEOs) as suicide bombers or explosive developers, and my community plunged into fear and uncertainty. The impact of conflict was colossal: it undermined social cohesion and trust within society; values of kinship and peace were replaced by dissent and division based on religious allegiance, ethnicity, class and of course gender.

I believe that when a woman works alone as a peacebuilder, she brings in change in her community – but when other women join her, they transform the values

I could no longer tolerate the bloodshed, destruction and trauma around me. I had studied peacebuilding and conflict resolution, and I thought it was time to put my knowledge into practice. My aim was to empower women and youth to understand how violent extremism was turning a multicultural, peaceful Pakistani society into an intolerant and violent place. My organization, the PAIMAN Trust, started a movement called ‘Let’s Live in Peace’ in 2007.

There is no one, unique path that leads to violent extremism – it is a social phenomenon. In Pakistan, it started as a movement that attracted many people, especially youngsters, by exploiting their emotional attachment to religion. VEOs used a more radical interpretation of Islam to justify their violent acts and to recruit new followers, who often had a rigid worldview, superficial knowledge of the Quran and a desire to ‘belong’ to something bigger.

In addition, violent extremism and conflict exacerbated gender inequalities and discrimination, shrinking women’s space in society. I soon realized that, in order to identify and neutralize violent extremist views, we needed to empower women to become leaders and change-makers. To do so, we first had to address cultural dynamics – including the internalization of traditional gender roles, which see no role for women in the public domain.

In conservative and patriarchal societies, you have to introduce change one step at a time and work with men along the way: we started off by approaching local male religious and community leaders to acclimatize them to the idea of women participating in economic activities, as referenced in the Quran. With their backing, we started offering women vocational training, using economic empowerment as a tool to address violent extremism. Little by little, we expanded our scope and established community peace structures called TOLANA (‘together’ in Pashto), which enable women from all backgrounds (i.e. teachers, politicians, religious leaders, media experts, mothers, etc.) to come together, address current problems and become positive agents of change in their families and communities. TOLANA helped women improve their leadership and develop the confidence to speak up about sensitive issues such as violent extremism at the community level.

I believe that when a woman works alone as a peacebuilder, she brings in change in her community – but when other women join her, they transform the values, the thinking, the culture and the whole process of peacebuilding. This is what TOLANA does.

Soon, women moved their discussions from TOLANA to other community public fora, increasing their representation in local public spaces and institutions. They found the voice and confidence to oppose alleged rigged election results and human rights violations, lead negotiations with extremists, demobilize armed youth and lead the trauma healing process within the whole community.

While this cemented the role of women as peacebuilders and change-makers at the local level, at the national level women’s role in peacebuilding remains largely unrecognized. This year we celebrate the 20th anniversary of UNSCR 1325, but we are still behind when it comes to women’s inclusion in security structures and processes. Some countries don’t even have a National Action Plan on UNSCR 1325 yet, which leaves the onus of implementing the Women, Peace and Security agenda on women activists and grass-roots organizations.

There’s an urgent need to recognize the role of women as peacebuilders and leaders – and this recognition must come both from national governments and the United Nations. We, women peacebuilders and mediators, move communities in crisis from stagnation and paralysis to partnership. We must be given the opportunity to participate in peace processes, as well as in national and international fora as experts. Only then will the purpose of UNSCR 1325 be realized.