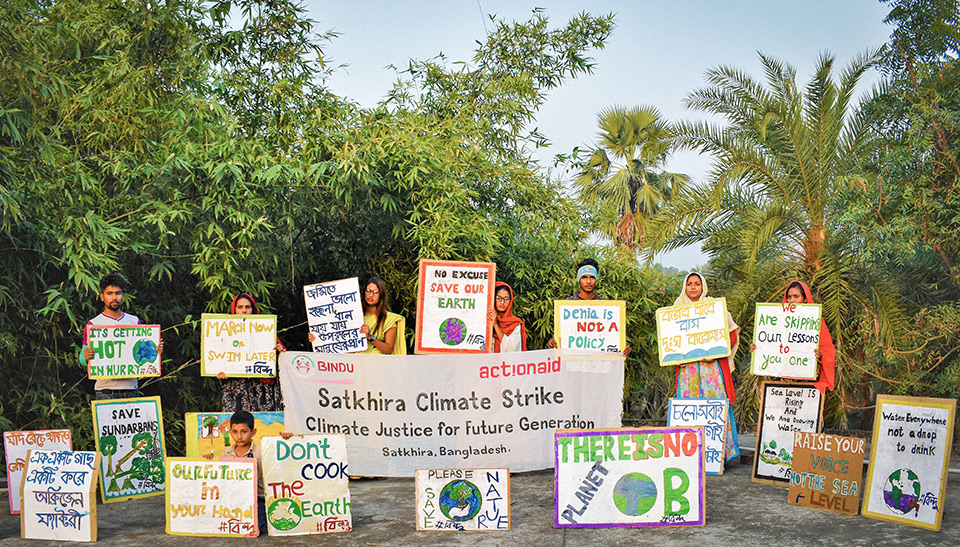 Bangkok, Thailand — The transgender teenager fled a military offensive in Myanmar’s Rakhine State and endured a days-long journey by boat and foot to reach a refugee camp in Cox’s Bazar in Bangladesh in 2017. But at the camp, instead of peace, she experienced continued abuse and isolation, driven by that same familiar discrimination.

“I was tortured a lot in Myanmar because of my femininity,” the woman, who still lives in the camp, recalled. “I was beaten and so I went to the village representative, who blamed me, saying that it was my behaviour that caused me to get beaten. … 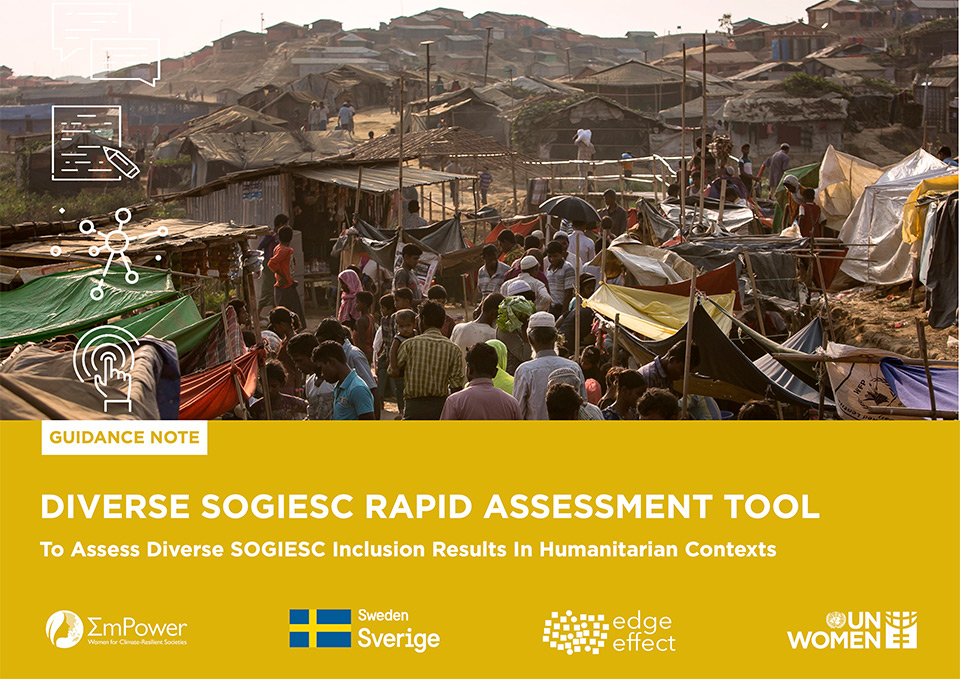 “After coming to Bangladesh, I was sexually abused and I couldn't tell anyone. … In the camp I have been beaten four times so far, and my hair has been cut. I can't leave the house in the evening. Some people keep in touch with us for sex inside the camp, but during the day they also come to beat us with others. …

“We have a fear of talking to any UN organization about the issue of torture because we worry they do not understand our needs.”

As countries mark International Day against Homophobia, Transphobia and Biphobia, the woman’s story serves as a reminder of how the abuse lesbian, gay, bisexual and transgender (LGBT) people face in daily life extends into, and often is worsened by, their plight in humanitarian crises and natural disasters. 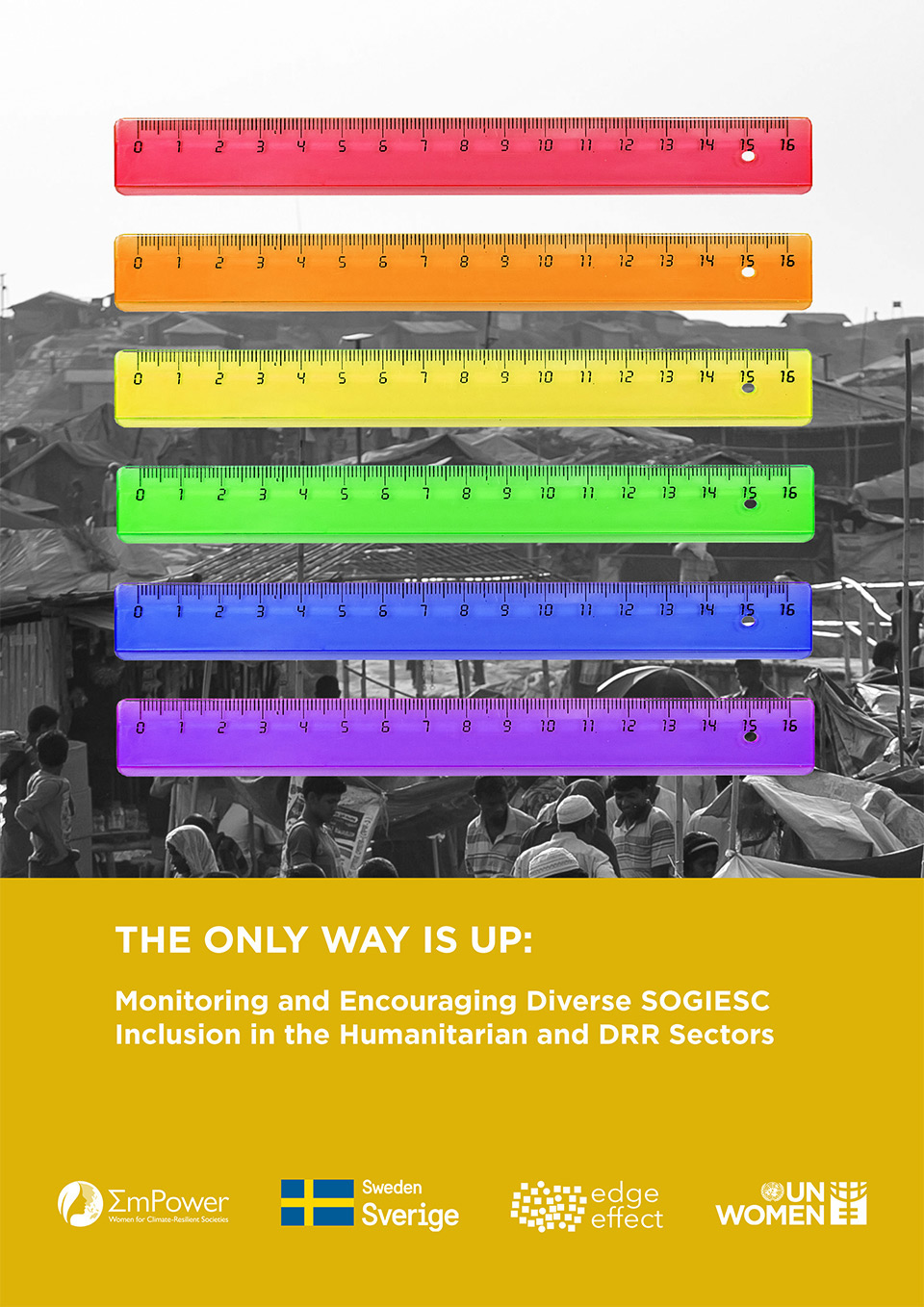 The Only Way is Up: Monitoring and Encouraging Diverse SOGIESC Inclusion in the Humanitarian and DRR Sectors

The woman’s story is told in The Only Way is Up, a new UN Women-commissioned report that examines this problem. In addition to the Rohingya exodus, the report — by Emily Dwyer and Lana Woolf of the research group Edge Effect – looks at the Marawi conflict and earthquakes in Davao del Sur in the Philippines and Tropical Cyclone Harold in Santo in Vanuatu.

The authors found that the discrimination, violence and isolation LGBT people face before, during and after emergencies weakens their ability to live resilient and dignified lives, survive and recover. And humanitarian and disaster response organizations do not appear to be systematically dealing with the problem, they say.

The authors say LGBT people’s specific needs are not met during crises – “I can’t think of ever having a discussion with someone about LGBT and shelter before,” they quote a specialist in shelters as saying.The violence and harassment hinders LGBT people from getting or even seeking emergency assistance, or support for recovery such as training and housing, the authors say. They quote a person displaced by Cyclone Harold in 2020 as saying: “I made sure that parents, niece, her mother and brother hopped in the transports to the evacuation centre. My mother begged me to go but I refuse to go. That fear from facing people and their comments is not something that I am ready to face.” 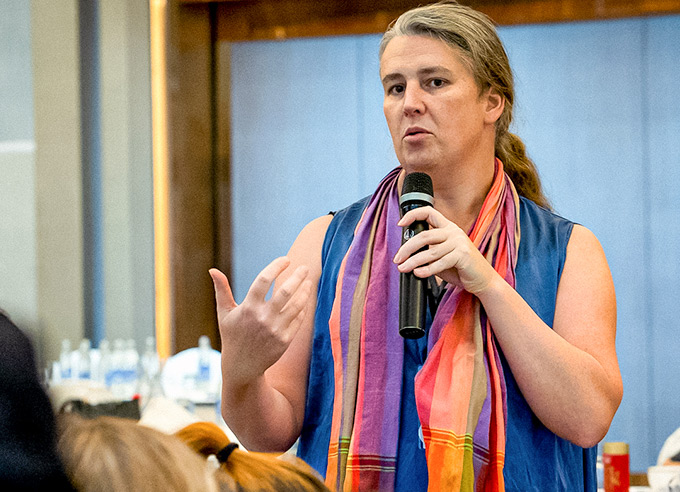 What should be done?

Among other things, the authors recommend more funding and support for LGBT civil society groups to work in emergency programmes. They also recommend pressures and incentives for humanitarian and disaster response organizations to include more attention to LGBT concerns, which has lagged behind greater inclusion around other characteristics such as gender, disability and age.

Still, expectations must be tempered — the pace of progress will be tied to changes in society as a whole, the authors say.

Related News
17/05/2021
Together: Resisting, supporting, healing!
02/11/2021
From where I stand: The youth are the agents of change - Carrietta Goye
30/03/2021
I am Generation Equality: Anita Karim, Pakistan’s first professional mixed martial arts fighter
03/12/2020
In the words of Riko Nagu: “In order to build an inclusive society and a resilient community both women and men should work together.”
02/12/2014
Reporting on the Beijing+20
END_OF_DOCUMENT_TOKEN_TO_BE_REPLACED