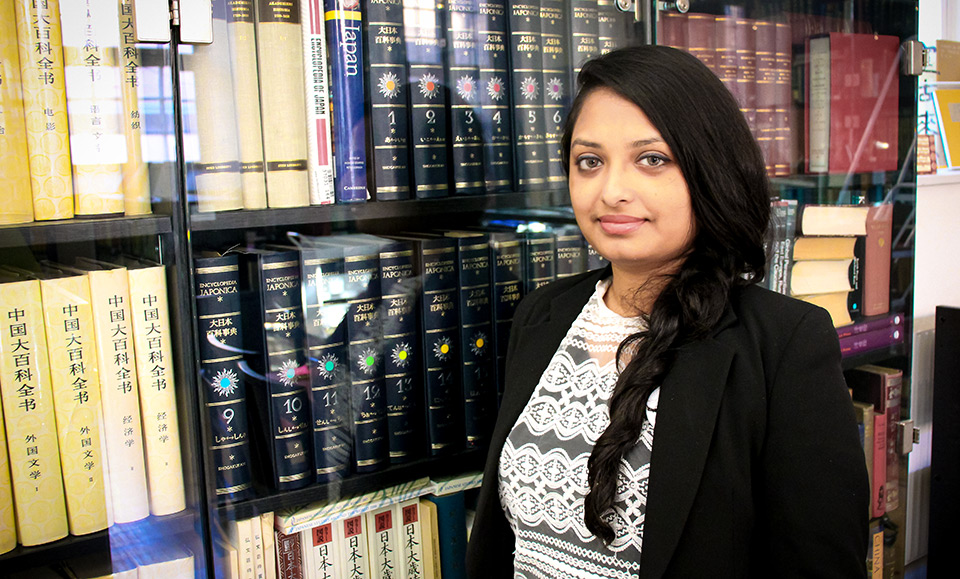 “I want a future where people are no longer surprised when they hear that a woman is a lawyer.

Growing up in a male-dominated, patriarchal society, widened eyes and furrowed brows were the staple reactions I received when I was simply being myself - a strong-willed, goal-oriented woman with opinions she was not afraid to speak up about. I soon figured out that the main problem was that I was a woman.

I was discouraged to choose law as my field of study. The inequalities women face and the subsequent challenges surfaced one after another - discrimination, harassment, violence, all based on gender identity. The decision to fight against such inequalities came quite easily to me.

The laws in Bangladesh that prevent rape and abuse need to be revised. Traditional values and conservative social norms undermine women’s right to bodily autonomy. Cases of violence against women and sexual assault have been rising during the COVID-19 pandemic, followed by a trend of victim-blaming in the media. Lack of a gender-sensitive approach in the justice sector contributes to impunity. The biggest challenge is the lack of inclusive Comprehensive Sexuality Education. The taboo revolving around such topics prevent people from speaking about it, knowing about it, and so, acting on it.

“My ultimate goal is to create a society where everyone can be who they are, free of all judgement and discrimination.”

I dreamt of working towards ensuring gender equality from a very young age and chose my career accordingly. Being part of the law sector enabled me to carve my path into making notable and effective changes. I founded the first ever feminist legal network in Bangladesh called "Justicia," where I called upon fellow lawyers, both the young and fresh minds as well as the older experienced activists, to come together to challenge the status quo, hold the relevant stakeholders to account and ensure implementation of laws and policies to properly fight against gender-based discrimination and violence.

I'm passionate about ensuring proper and inclusive Comprehensive Sexuality Education in schools to help young students learn about their bodies and their rights to make their own decisions about their bodies, lives and future. My work involves reforming laws and policies that do not address women’s needs and support victim-blaming; creating accountability among the duty-bearers; and building strong, effective movements at the community level to fight against gender-based violence.

I strongly believe that the younger generation can lead the way to a future where women have equal opportunities to live their lives to the fullest. They can contribute with a few simple steps - engaging in discussion with the people around them on issues relating to bodily autonomy, consent, and gender equality; mobilizing support within their communities to fight discrimination and the rising trend of violence against women; and incorporating innovation and technology to amplify their voices and their work.

It is our collective responsibility to create a world where equality is truly achieved. Creating spaces for dialogue with men and engaging them as active partners in gender-based violence and bodily autonomy movements can help us achieve our goals faster. Together, we can help create positive and powerful narratives to speak out against the conservative, traditional forces that seek to restrict our rights.

Saraban Tahura Zaman is a feminist, human rights activist, and a lawyer. She is a core committee member of SheDecides Bangladesh. She is acting as the National Coordinator for the Right Here Right Now Bangladesh Platform and advocates for the rights of the youth and sexual and reproductive health and rights. She is also the founder of the first-ever feminist legal Network "Justicia" in Bangladesh, which provides support for peer-to-peer learning and tech-based legal help.

Related News
04/10/2022
Protect the rights of all Afghans
01/02/2022
In the words of Tarikul Islam
20/12/2021
Joint Statement: UNHCR and UN Women join efforts to protect and uphold the rights of women and girls in Afghanistan
30/09/2021
Equipment donation boosts services for survivors of human trafficking and gender-based violence during Viet Nam’s fourth wave of COVID-19
11/08/2021
Take Five: “Make sure all toxic cycles of family traditions end with you”
END_OF_DOCUMENT_TOKEN_TO_BE_REPLACED