A decade ago, 87 per cent of Vietnamese women experiencing domestic violence did not seek any help from public services[1]. Beginning in 2017, the Government of Viet Nam, funded by the Governments of Australia and Spain, and in partnership with UN Women, the United Nations Population Fund (UNFPA), the United Nations Office on Drugs and Crime (UNODC) and the World Health Organization (WHO), piloted the Essential Services Package in Viet Nam as part of the UN Joint Global Programme on Essential Services for Women and Girls Subject to Violence.

A baseline assessment conducted in 2018 found that services were small-scale and did not have a clear coordinating mechanism, and a new way of supporting survivors of violence was desperately needed.

Working together to end violence

In response to the assessment, the Ministry of Public Security (MPS), with the support of UNODC and the Joint Programme, helped the Commune People’s Committee in Ben Tre province to establish gender-based violence Rapid Response Teams in 17 communities. Each team is led by local police, and consists of a Women’s Union Officer, and a Justice Officer, Youth Union Officer or Community Leader, who all together deliver timely and coordinated responses and protection for women and girls experiencing violence in their communities. 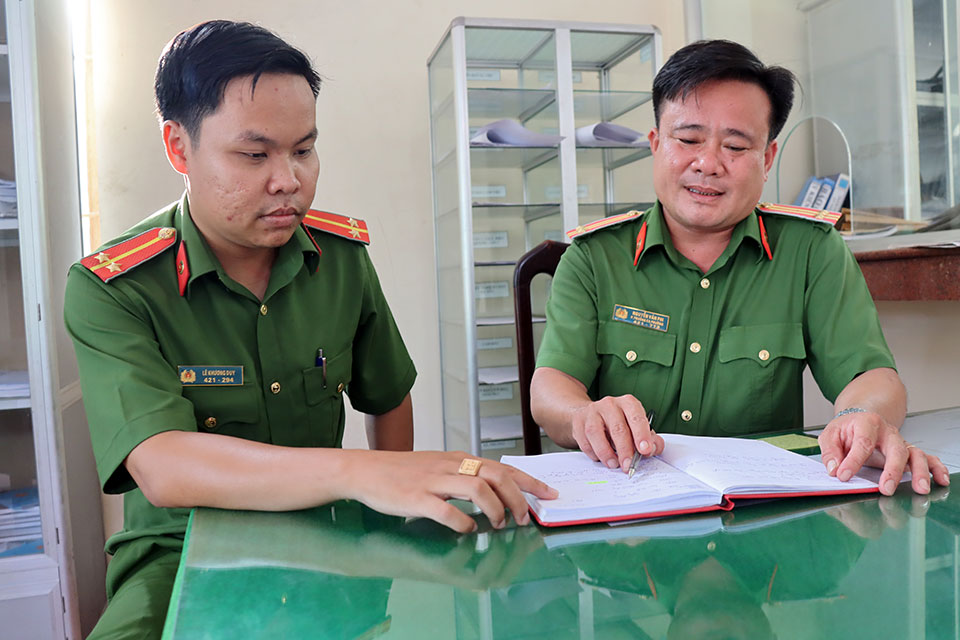 Nguyen Van Phi, Deputy Chief of Police, is a leader of the Rapid Response Team in Ward 6, Ben Tre City. “Before, it was unclear who would do what to handle cases of violence in the community” he says. “Since the Rapid Response Team was established and members trained, the process has become speedy and we are all clear about who does what in each situation.”

Van Phi is one of 98 members (64 men, 34 women) of the Rapid Response Teams who were trained in 2019 by UNODC to provide protective services to survivors of gender-based violence and to collaborate with health, social, legal aid and justice officers who had also been trained in essential services principles with the support of UN Women, UNFPA and WHO.

Hue Thi Huong reached out to the Rapid Response Team in her community when her husband’s abuse nearly killed her. “It was outside working hours, but a Response Team member still came. I wanted to report the case to the police, so she took me to the district police station on her motorbike. But when they saw my head bleeding, they took me to a local health clinic straight away for emergency care. I received medical support and counselling there,” she recalls.

There are now 28 Rapid Response Teams in Ben Tre province and the teams have intervened in 86 cases. Of these, 33 were cases involving violence against women, and all the perpetrators were held accountable through administrative sanctions. “The team follows up on each case to ensure there is no recurrence of violence,” explains Van Phi.

Rapid Response Teams are one way women and girls experiencing violence can seek help, but many will still go directly to health services to receive immediate medical treatment. 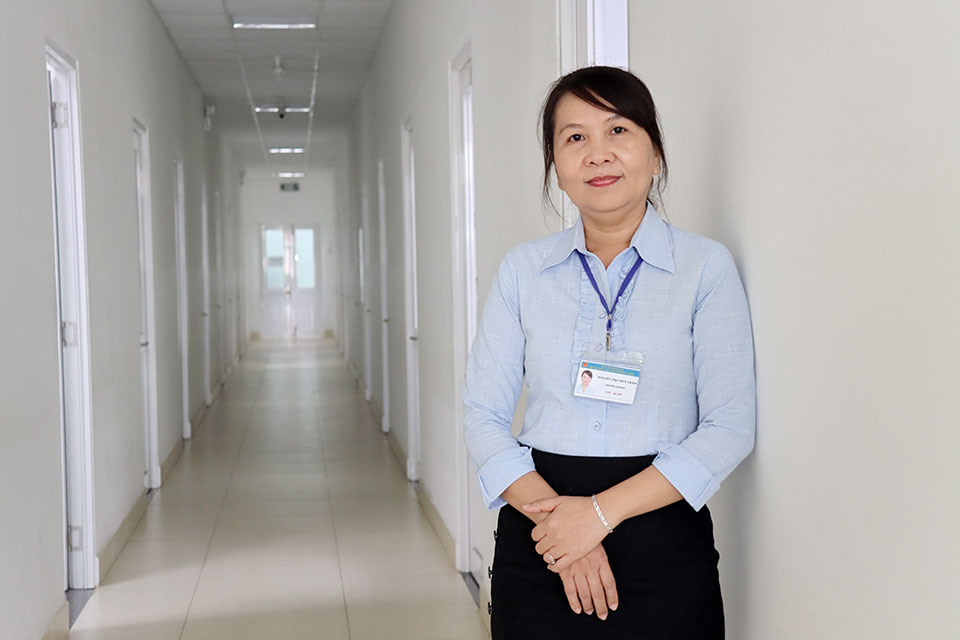 “Previously, we only provided health services for victims if police referred to them as ‘victims of violence’. Hospitals did not interfere if a woman came directly to a hospital or clinic,” explains Nguyen Thi Thuy Tram, Head of the Social Work department of Nguyen Dinh Chieu Hospital, Ben Tre Province.

“I didn’t know that they were victims of violence because most say they were injured by accident and hide the fact that they were subject to violence. So, I would just treat their wounds as usual [without offering other essential health services].”

In 2019, supported by the Joint Programme, Thuy Tram was among 160 health workers in Ben Tre province that received training from the Ministry of Health, with support from WHO, to strengthen health service delivery for survivors of violence.

“I learned how to recognize the signs of people experiencing domestic violence and my role in assisting them. Now I can better detect silent victims among other patients,” says Thuy Tram.

Findings from a 2019 assessment show that the joint efforts of UN organizations to implement essential services principles with the Government of Viet Nam and different ministries has resulted in creating an enabling environment, improved awareness and improved capacity towards addressing gender-based violence issues.

Given the success of the pilot initiatives in Ben Tre province, the Government of Viet Nam is planning to replicate the Rapid Response Team model, and scale up health and social services training, in other parts of the country, as part of the ongoing work on essential services supported by the Joint Programme under the newly approved National Programme on Gender-Based Violence Prevention and Response 2021-2025, jointly advocated for, and supported by UNFPA and UN Women.

*Name has been changed to protect the identity of the survivor.

Related News
04/02/2021
Fiji starts national consultations on action plan to prevent Violence Against Women and Girls
20/11/2020
What happened after COVID-19 hit: Thailand
20/11/2020
What happened after COVID-19 hit: Nepal
11/12/2014
Around the world, women and men of all ages “orange their hoods” to end violence
31/01/2023
Framework boosts progress on Preventing Violence against Women and Girls
END_OF_DOCUMENT_TOKEN_TO_BE_REPLACED