From where I stand: “I really want to support women”

Teretia Tokam is a leading advocate for gender equality and ending violence against women and children in Kiribati, and the Coordinator of the Kiribati Women and Children Support Centre (KWCSC). Teretia is one of three women who pioneered the Kiribati Women Activist Network (KWAN) and played a key role in the development of the Te Rau N Te Mwenga (Family Peace) Act 2014 and the revival of the highly respected SafeNet network of frontline service providers working to improve the quality and coordination of response and referral services for survivors of gender-based violence. In July 2021, under her leadership KWCSC opened its second branch on Kiritimati Island – the second most populated island after South Tarawa. 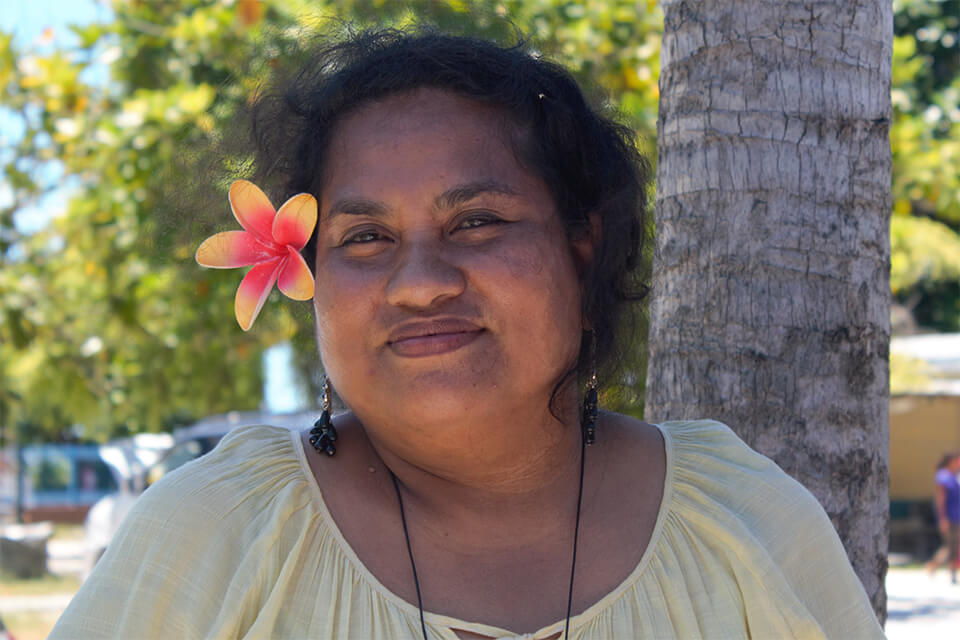 I think [often] about my journey so far and all my experiences bringing me to this point where I coordinate the Centre.

Some experiences have been really tough, and they broke me down, but they also made me strong and able to give a voice to women and be supportive to women who are being abused.

There was one experience that was a turning point for me. It was during my time as a lawyer representing the state for my first domestic violence case. It was a serious matter where the husband beat, dragged, and kicked his pregnant wife, then bit off her upper lip.

All that just because he came home late night and demanded a meal that she refused to provide, because she couldn’t that night due to her pregnancy.

When we won [the case] and the appeal was dismissed and the man was imprisoned, I should have felt glad, but instead I felt anger inside me. I looked back and saw the woman with no upper lip, sitting tight with her violent husband.

My feeling at that time was that women didn’t deserve to be beaten up or hit by the husband because of some nonsense reasons, like not serving a meal or not listening to him.

I believe it’s not our culture for somebody to hit somebody. What I believe is women and men should be treated equally and should respect each other.If somebody wants something, like maybe food, then they must work together to get that, but not force somebody to do it. 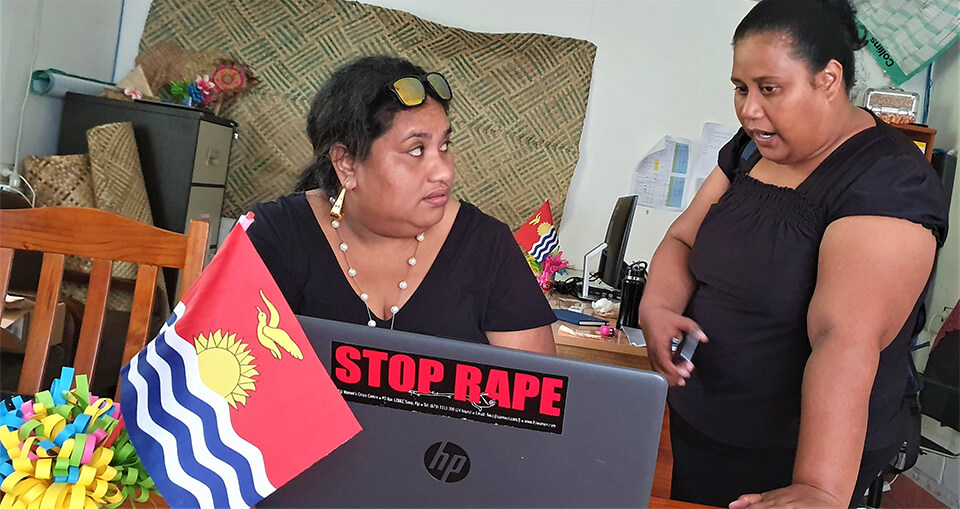 Our culture is about protection and shared roles and responsibilities, about men and women working together and respecting each other.

In our culture, I know it is a patriarchal society where men are more respected, but it’s important to remember the old, traditional Kiribati where men had the role of leader in the home but with that came responsibility. Men went fishing and they knew they had to protect the family and collect everything, and there wasn’t a lot of violence because everyone knew their roles.

Now in modern Kiribati, with the introduction of things like the phone and video, and overuse of kava and alcohol, people start to get lazy and men who once would go out fishing and find food for their family, don’t anymore and instead depend on women. Then if women don’t do it they get beaten up.

Men still want to have the lead role in the home but [don’t want to] provide food and protection for their family as part of that role’s responsibilities. Many men are instead using violence, power and control and spending the family money on too much kava and alcohol, while more women are working and being the main breadwinner.

Now I am here supporting the women and children who come to the Centre.

Before there was no such support and I am very grateful that now through the Centre, women and children can access help.

Teretia Tokam is the Coordinator of the Kiribati Women and Children Support Centre (KWCSC), opened mid-2017 and operating independently since mid-2019. Under her leadership KWCSC opened its second branch on Kiritimati Island in July 2021. She was one of the lobbyists behind the introduction of the nation’s first Ministry of Women. Teretia’s work contributes to Sustainable Development Goal (SDG) 5 on gender equality and empowerment of all women and girls, and SDG 16, which promotes peaceful and inclusive societies.

Related News
16/09/2021
From where I stand: “We have to work together to prevent the violence and strengthen peace”
07/12/2022
New UN Women Office in the Republic of Korea
15/11/2022
Afghan journalist Zahra Nader
09/06/2022
UN Women Pakistan and Nishat Mills Limited join forces to promote gender equality and safer workplaces
01/06/2022
One Step at a Time
END_OF_DOCUMENT_TOKEN_TO_BE_REPLACED