Beijing, China — The theme of this year’s International Women’s Day, Gender Equality Today for Sustainable Tomorrow, celebrated women’s contributions to the world’s food, water, environmental, and biodiversity systems amid the climate change crisis. Yet while women also bear much of the costs – for example, they are much more likely than men to die during disasters -- few women head environment-related ministries in the Asia-Pacific region.

Thus, efforts to tackle the climate crisis must harness the leadership of women and fix the systemic inequalities that make them particularly vulnerable, experts said at an International Women’s Day conference co-hosted today in Beijing by UN Women and the Center for China and Globalization, a prominent non-governmental Chinese think tank.

Over 60 participants from government agencies, embassies, United Nations agencies, academia and business enterprises attended the dialogue, Biodiversity and Climate Change from a Gender Perspective. Over 320,000 other people participated via online livestreaming.

Smriti Aryal, Country Representative of UN Women China, said that in order to strengthen the resilience of women to climate shocks and enhance their participation in climate action, we must remove structural barriers such as the concentration of women in informal-sector work; their heavy burden of unpaid care and household work; vulnerability to gender-based violence; and limited access to information and resources. Mabel Miao, Secretary-General of the Center for China and Globalization, said the center was committed to helping achieve the United Nations Sustainable Development Goals, including those on gender equality and climate action, through research and dialogue that spread good ideas and practices.

Smriti Aryal, UN Women Representative in China, opens the conference. Photo courtesy of the Center for China and Globalization

Li Gao, Director-General of the Climate Change Adaptation Department at the Ministry of Ecology and Environment in his video message reaffirmed the important role women are playing in environmental and climate actions, as well as the ministry’s commitment to support gender equality in the context of climate change. Cai Fang, Deputy Director-General of International Cooperation at China International Development Cooperation Agency, said: “In the field of international cooperation, women are not only beneficiaries but also agents of change. Gender equality will not only be the focus of human rights protection and humanitarian assistance but also will act as an accelerator for global sustainable development.”

A field of sunflowers planted by a women-led agricultural cooperative in Qiaotu village, Minhe county, Qinghai province of China, is shown after being damaged by sudden rain and floods. This photo was taken on 4 September, 2018. Photo: UN Women/Wang Qing

Hu Yuhong, Deputy Director-General of the Centre of International Cooperation at the Ministry of Emergency Management, said disaster response should take into account women’s special needs and women's participation in emergency management should be promoted.

Hu Yuhong, Deputy Director-General of the Centre of International Cooperation at the Ministry of Emergency Management, speaks at the conference. Photo courtesy of the Center for China and Globalization

The ambassadors of Sweden, Rwanda, and Finland all spoke of the importance of political will in giving priority to gender equality and women’s empowerment in national development agendas, including climate change action.

Helena Sångeland, Ambassador of Sweden, speaks at the conference. Photo courtesy of the Center for China and Globalization

The heads in China of United Nations Development Programme, United Nations Population Fund, and International Fund for Agricultural Development highlighted the lack of information, resources, and support for women in climate action. They called for more investments in the broader challenges, including in sexual and reproductive health, that women face in climate and disaster response.

Justine Coulson, Representative of United Nations Population Fund in China, speaks at the conference. Photo courtesy of the Center for China and Globalization

Researchers from China Agricultural University and Peking University agreed that gender-disaggregated statistics are needed as evidence of the particular challenges that rural women face in accessing resources, technology and decision-making opportunities for climate adaptation. They said that women play important roles in the food system and ecology, so they should be given resources, including land, tools and training, to take the lead on environmental problems.

Fan Shenggen, Chair Professor at China Agricultural University, speaks at the conference. Photo courtesy of the Center for China and Globalization

Aryal called for all parties to take action to strengthen the use of gender-disaggregated data in climate policy; the coordination among departments and gender mainstreaming in climate policies and investments; the security of women’s livelihoods and socioeconomic resilience; and women’s participation in green transitions. 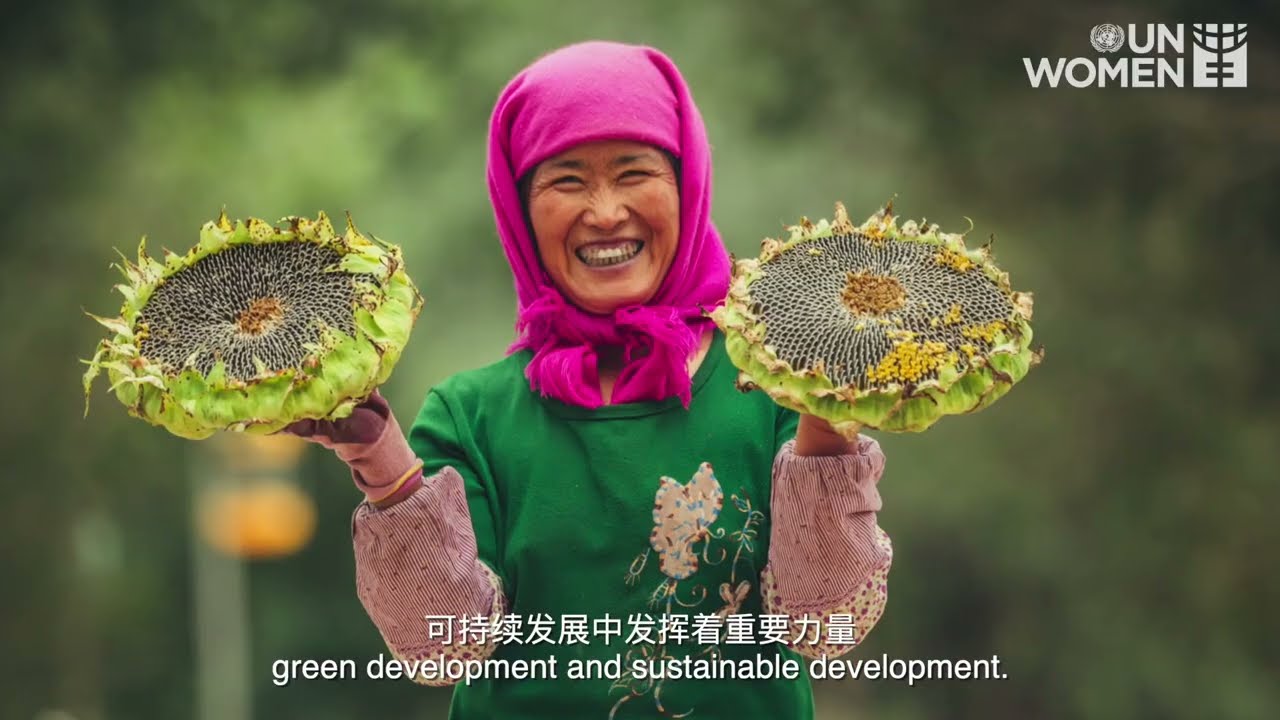 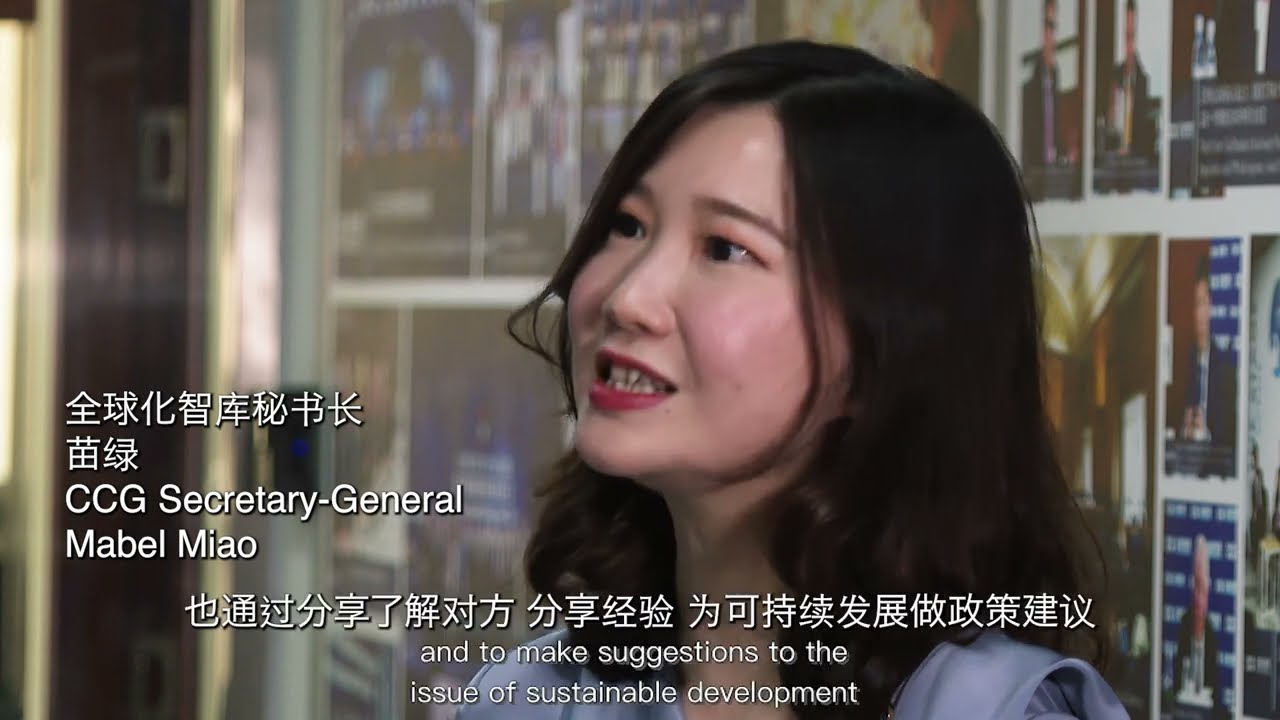 Beijing Symposium on Biodiversity and Climate Change from a Gender Perspective #IWD2022
Related News
10/05/2022
Joint Efforts on Empowering Women-led SMEs in the Context of COVID-19 Recovery
14/03/2022
IFAD and UN Women join hands for rural women in China
20/10/2021
Eleven private sector businesses in China awarded by UN Women and the EU for empowering women in business and strengthening leadership
07/10/2021
Three years on: Rural women in Qinghai lead from the front as a climate-resilience program winds down in China
16/09/2021
UN Women, All-China Women’s Federation jointly help businesses hurt by COVID-19
END_OF_DOCUMENT_TOKEN_TO_BE_REPLACED