"Am I a Feminist?" Online event by new youth network discusses the elephant in the room 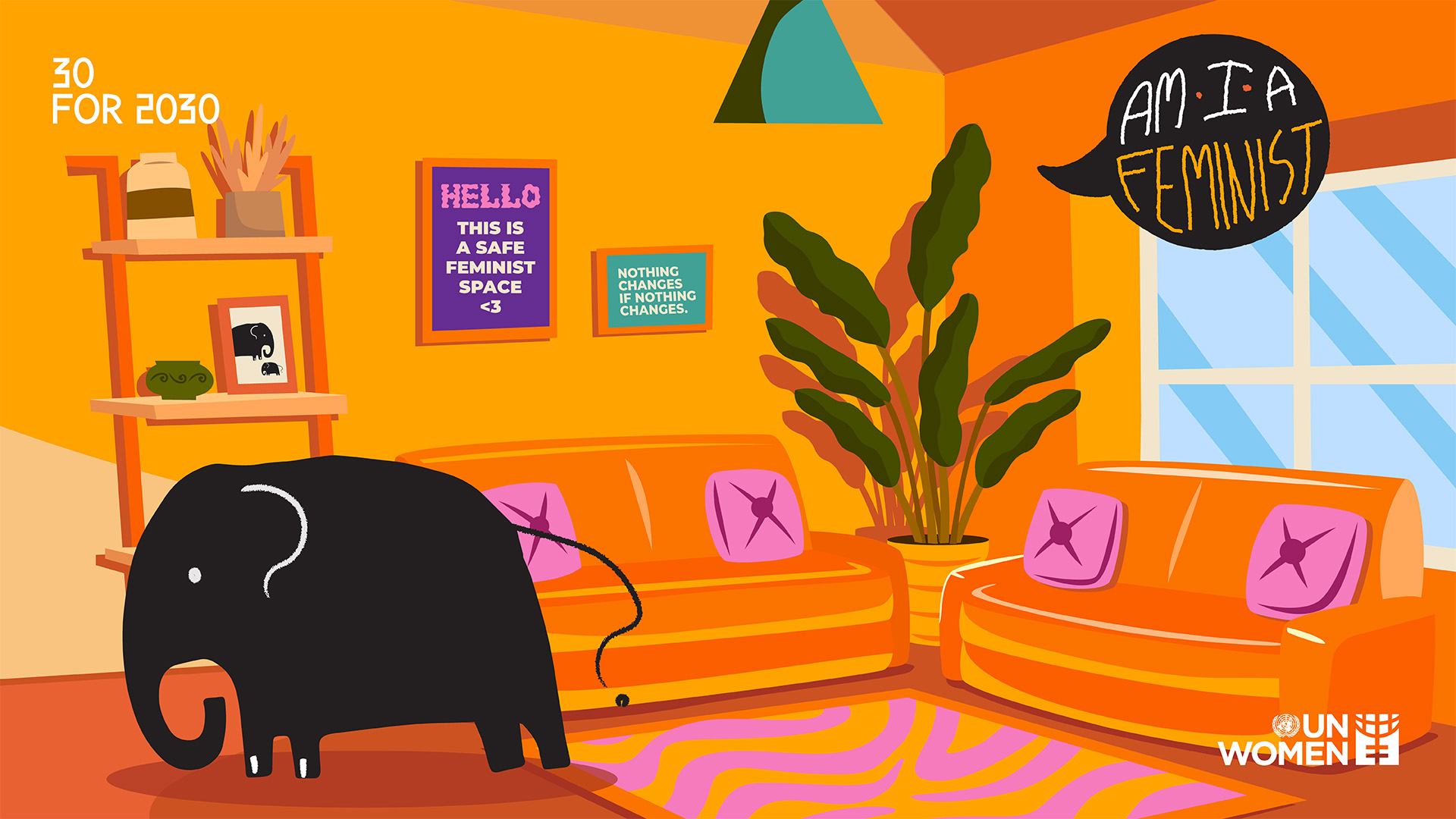 Bangkok, Thailand — Asia-Pacific youth, and others, will have an opportunity to explore some of the most urgent and sensitive questions around feminism in an online event on 25 November, guided by the stories of thought leaders and in the safety and freedom of unrecorded breakout rooms.

The Zoom event “Am I a Feminist?” is the first initiative of 30 for 2030, a youth network for gender equality in Asia and the Pacific formed in August, and is held in conjunction with this year’s 16 Days of Activism against Gender-Based Violence, which kick off the same day.

“We created this event to address the elephant in the room: the fear, confusion, and uncertain thoughts around the ‘F-word’/feminism,” says Lauralyn, team leader of the event  16 Days campaign.

The event will be the first of its kind within the Asia-Pacific region and is for youth and anyone who is interested to know more about feminism. The event aims to highlight how gender-based violence overlaps across lived realities in various areas of impact, including climate change and economic justice.

“The first step to preventing gender-based violence is to have open conversations about what feminism is and why it's important,” says Lauralyn. “However, navigating the world from a feminist perspective can be confusing and scary.”

The event promises to be unique. It is not every day that members of the public can freely interact with 22 thought leaders from 12 different areas of interest, across the whole Asia-Pacific region, in a safe space, for two hours. During the event, these thought leaders will become storytellers as they open themselves up to vulnerability by talking about their experiences – stories of struggle and solidarity – to a group of strangers on Zoom.

The public will get the opportunity to listen and have deep, honest conversations with one or two storytellers in each of the 12 breakout rooms, which will not be recorded to ensure a safe space for the storytellers and audience. Participants worried about interacting with strangers but still curious to learn can attend the event and submit their questions directly to the storytellers.

"This event encompasses intersectionality. Gender-Based Violence is evident across all subject areas discussed today and is a key issue in all our storytellers' lived realities, highlighting the need for urgent action," says Melissa Alvarado, Ending Violence Against Women Regional Programme Manager, UN Women Asia and the Pacific. "Youth are drawing attention to what they know is a worldwide problem and revealing myths and misconceptions associated with Gender-Based Violence"

The storytellers in this event come from diverse geographical and professional backgrounds and have done noteworthy work in their respective fields. They include:

“Young people are innovative, resilient, and driven. They are consistently demanding action within key areas affecting our present and their future,” says Sarah Knibbs, Acting Head of Office for UN Women Asia and the Pacific. “This campaign is about mobilizing for gender equality and a more sustainable world, and we support the 30 for 2030 network in speaking up for the youth in our region.”

The free online event will be held on Zoom from 11 AM to 1 PM UTC+7 (Bangkok Time) on Friday, 25th November 2022. For more information on “Am I a Feminist?” visit bit.ly/amiafeminist.

UN Women is the United Nations entity dedicated to gender equality and the empowerment of women. A global champion for women and girls, UN Women was established to accelerate progress on meeting their needs worldwide. UN Women is delivering programmes, policies and standards that uphold women’s human rights and ensure that every woman and girl lives up to her full potential.

Launched by UN Women Regional Office for Asia and the Pacific, 30 for 2030 is a feminist leadership network that unites a diverse group of young people within the region. To accelerate progress towards the Sustainable Development Goal 5 of the UN 2030 Agenda, members will provide expertise on youth and gender issues, design innovative solutions & campaigns, and encourage youth mobilization. Learn more about the 30 for 2030 network here and apply to join the network (link).

About 16 Days of Activism against Gender-Based Violence

The 16 Days of Activism against Gender-Based Violence is an annual international campaign that kicks off on 25 November, the International Day for the Elimination of Violence against Women, and runs until 10 December, Human Rights Day.