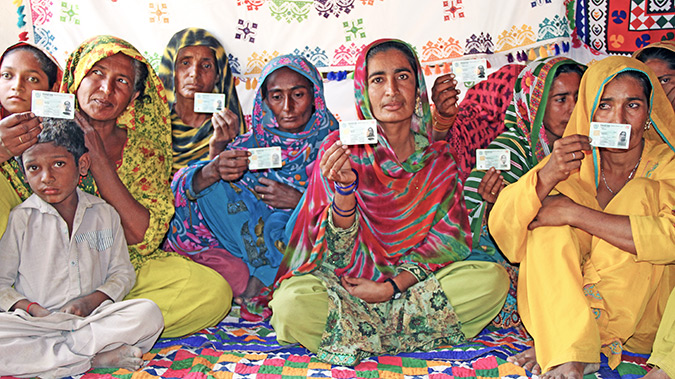 Since the 90s poverty has been a particular concern of the government given the fluctuating economic growth in Pakistan. The definitional question of poverty is a pertinent one. There are numerous ways of measuring it i.e. by income, consumption or deprivation along a set of indicators. However, poverty estimation methods need to be revised since consumption and income patterns have changed and the price of food staples have rapidly increased making the 1998 sampling frame less suitable to measure change against. On a whole, poverty in Pakistan has been on the decline in recent years.

The Status on Poverty

Poverty reflects a low asset base especially in rural areas where landholdings vary greatly as well as inadequate employment opportunities, household size and compositions (i.e. high child and elderly dependency ratios). It is made worse by inadequate access to basic amenities and services especially health and social protection drive. Workers in the informal economy are excluded from social protection programs and rely on family and informal systems of support that likely push them into debt and chronic poverty.

Since 2010 a noticeable reduction in poverty levels in the country have been observed. According to the status report on women’s empowerment in Pakistan, the official poverty figures place approximately 12.4 per cent of the population below the poverty line in 2010-11. While incomes for the lower 20 per cent of people have risen in recent years however, income and consumption gaps between the richest and poorest 25 per cent remains quite large. Poverty has always and continues to hit women and children the hardest. They are driven to seek out informal work, which is often precarious work as has been discussed in previous articles in the informatics series.

Breaking Down the Trends

Data has revealed that there is higher poverty in rural areas. Poverty rates are lower in female headed households (17 per cent) as compared to male headed households. This could be explained by families organized as nuclear families, whose primary (male) earner is working in another city or province or overseas and remittances are the major income source of these households. Alternatively, if the main male earner is deceased, the family may be receiving social assistance either through informal or formal sources. Poverty rates are higher, standing at 44 per cent among households receiving some form of social assistance (Zakat, Usher and BISP). At the same time 23 per cent of poor households do not receive any form of social assistance.

Education of the head of the household (male or female) is also a factor as almost 37 per cent of households in the Labour Force Survey (LFS) sample were ones where the head was illiterate. As expected, higher dependency ratios have a direct relationship with poverty i.e. 39 per cent of households with high dependency ratios are poor. The poverty rates are lower for both women and men, irrespective of whether they reside in rural or urban areas, if they have matric and above education. The poverty rates for women with 13 years and more of education is only 4 per cent compared to 22 per cent for women with a middle school education. However, men with 13 years of education do not fare as well, and have almost double the poverty rates of women in the same category. Households where even one female has a higher secondary education and above (i.e. grades 11 and above) have lower poverty rates than households in which even one male has equivalent years of education, by slightly less than half. This points to the necessity of educating girls to alleviate poverty nationally.

At the same time it is recognized that poverty is a complex phenomenon with many contributing factors. Female education may increase in households that are not poor; conversely, education of females, and their ability to work, may well improve the opportunities for the household to come out of poverty.

As would be expected, poverty rates are lower in households where women work. In some households poverty is lower where women are pursuing an education, retired, unable to work because of disabilities, full time home-makers, or possibly because their households are slightly better off and hence the economic need is not so pressing. Because of higher cost of living in urban areas coupled with low paid vulnerable work in circumstances of their preexisting poverty, women in urban areas may suffer higher poverty rates than the unemployed women. The disparate figures on poverty of women working in paid work versus the men are 32 per cent and 25 per cent respectively. Self-employed workers have relatively lower poverty rates for women and higher for men.

In general, poverty levels increase as the occupational status of working females and males changes from high skills to low skills jobs. As such, the poverty rates are highest amongst those employed in the elementary and unskilled occupations (44 per cent women and 36 per cent for men). What is interesting to note is that even the higher paid occupational category of legislators, senior officials and managers has its share of poverty with 7 per cent of women and 12 per cent of men in the bottom quartile. Finance, insurance, real estate and business services reveal the lowest poverty rates, but at the same time far fewer women are engaged in these sectors.

Do the Poor Work Less?

There is only a marginal difference in days worked across poor / non-poor, urban/ rural and provinces. On average, non-poor adults work one to three days more per month than the poor. Poverty rates can often be attributed to abysmally low minimum wage levels, which results in a class of people often known as the working poor. These groups of people may even receive social assistance to some extent, and still be unable to move up and out of poverty, which becomes harder with time as their access to poverty alleviating opportunities remain limited. They are particularly vulnerable to shocks, and incidents such as illness or death in the family can push them deeper into poverty. A higher percentage of ages 15-49 years are more likely to be working poor than ages 50-64 years. A higher percentage of working poor reside in Punjab and Balochistan as compared to Sindh and Khyber Pakhtunkhwa. 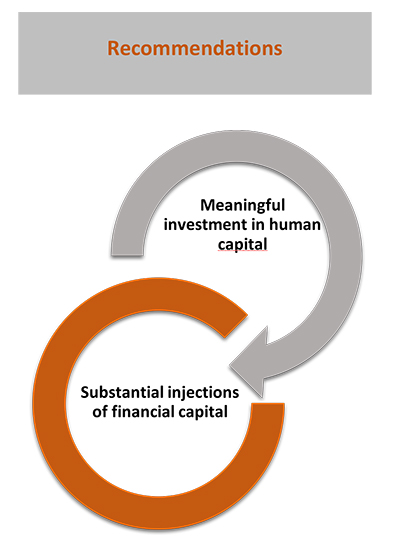 Social Protection for the Poor?

Pakistan does not have a comprehensive social program although there are smaller social safety nets in place. The government has launched several programs over the years to address poverty including the National Social Protection Strategy (2007) and the Poverty Reduction Strategy (2009–2011), which resulted in the Benazir Income Support Program (BISP) that cushions shocks for the vulnerable and redistributes through a cash transfer to female beneficiaries of poor households. According to a study conducted on the utilization of direct transfers, the money is mostly well spent and plays a key role in improving the quality of life of women.

UN Women Pakistan and foodpanda Pakistan collaborate for the promotion of workplace safety and gender equality for women
A coffee house as a beacon of hope
LinkedIn and UN Women join hands to create employment opportunities for women in Asia and the Pacific
Take Five: “The Voices of Bangladeshi young people on Climate Action are loud and clear. We Need to act now for a better future, and this cannot wait.”
UN Women Pakistan and Nishat Mills Limited (Apparel Division) join forces to promote gender equality and safer workplaces for women
END_OF_DOCUMENT_TOKEN_TO_BE_REPLACED