16 Days of Activism against Gender-Based Violence in 2016

From 25 November, the International Day for the Elimination of Violence against Women, to 10 December, Human Rights Day, the 16 Days of Activism against Gender-Based Violence Campaign is a time to galvanize action to end violence against women and girls around the world.

“Since forever, I have learned to say yes to everything. Today I have decided to say no.” — Nujood Ali, Yemeni advocate against forced marriage who was married at 9 and a year later broke tradition seeking divorce. 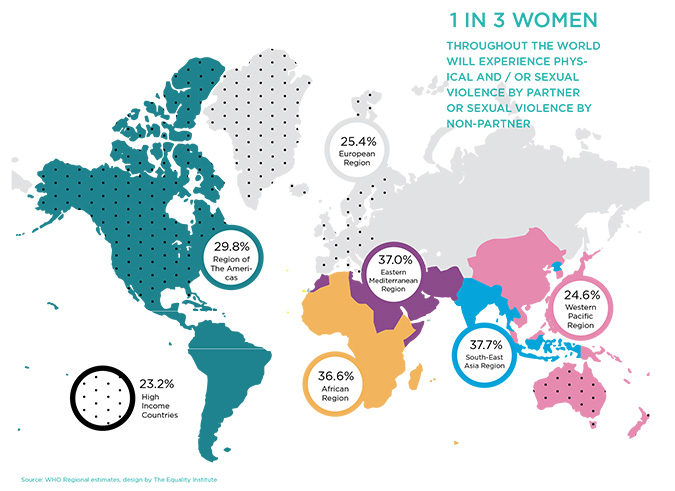 Click here view more facts and evidences from around the world.

To learn more on other facts through UN Women Infographics click here!

At least 750 million of young persons live in Asia and the Pacific. Their active involvement, participation and voice is essential to achieve gender equality. UN Women’s Youth’s Voice is an open space for young people in the region to express themselves and contribute with their ideas and enthusiasm to build a fairer and more equitable world for all.

Eliza Moloney is a graduate student from The University of Queensland, Australia, School of Political Science and International Studies. Read her latest blog on: "Myanmar’s peace process is out of reach for rural ethnic minority women"

Young, a volunteer for Korea International Cooperation Agency (KOICA) who has been working on ending violence against women and girls. Read her lated blog on: "A Tale of Two Cities: The city where WOMEN live and the city where MEN live"

Be the light: UNiTE song contest

UN Women invites you to capture the spirit of the Secretary General’s UNiTE to End Violence against Women Campaign by making your own music video for the UNiTE Campaign Song 2016... Join the contest click here!

Orange your school and campus

This is because you will be the future leaders and you have the power to shape how we want to live together in the society. UN Women encourages you and your friends to take an active role in spreading the message to the world. To learn more on how-to orange your school and campus click here!

These opinion pieces focus on specific gender issues in Asia Pacific region, explained and deconstructed by specialists. As part of 16 Days of Activism, experts provide piece of opinion on why and how ending violence against women and girls in the region is important.

..Education has an important role in helping young people to question and reflect on what they see and what they experience as gender norms and social norms... Read more

..We got a movement established where men started to be given license to use their voice in the area of prevention of violence against women. Even more importantly than getting men involved in White Ribbon and it becoming a force on its own... Read more

I call on all the leaders of the world [..] not to look at the problem of violence against women in a conflict manner, but rather in a manner in which we can partner one another for solutions... Read more

UN Women Pakistan’s new ‘ #BeatMe ’ campaign brings an unconventional twist to advocacy on women’s rights. In a compelling paradox, the campaign showcases a woman inviting a man to beat her - but at things she is good at. The campaign, aims to inspire women to reaffirm that they are stronger than they are made to believe, and aims to shatter the perception that a woman is weak, taking her from someone who is... more

UN Women today announced the appointment of American-born, Papua New Guinean-raised Hip Hop sensation Jay Lieasi as Youth Champion to raise awareness on safe city for women and girls, ahead of 25 November International Day for the Elimination of Violence against Women... more

“Since joining the Male Advocate Club, I have become more aware of inequalities between men and women. I understand how to treat my female family members, friends and colleagues with respect. I have shared what I learned from the club with my family and friends. I have even given suggestions to my father on how... more

How a Cambodian HeForShe advocate puts education at the forefront

Lyhour Mourn is a 19 year-old HeForShe advocate from Battambang Province, west in Cambodia. From a family background with limited resources, he has had to work hard to succeed. “My struggle is nothing compared to my sister”. “Since early years, my own education has always been prioritized in the...more

Marching against Sexual Harassment: Another Struggle for Freedom

Hundreds of people have marched in the streets of Timor-Leste’s capital to demand an end to sexual harassment. It was a protest against oppression that activists linked to the country’s struggle for independence. About 600 men, women, youths and children of many different backgrounds flowed through the city centre before the afternoon rush hour...more

In the ring, professional Muay Thai fighters pummel each other with fists, elbows, knees, and legs as raucous crowds cheer them on. But UN Women believes that Thai-style boxers can also be role models for ending violence against women and girls. UN Women works closely with the International Federation of Muay Thai Amateur (IFMA) in...more 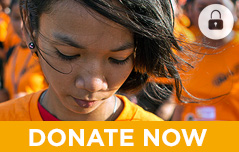 Share your photos, messages and videos showing how you orange the world at facebook.com/SayNO.UNiTE and twitter.com/SayNO_UNiTE using #orangetheworld and #16days. For more information about “Orange the world,” see this year’s Call to Action and download the fundraising toolkit.