Thimpu — Household responsibilities, low self-esteem, illiteracy, fewer role models and lower expectations prevent Bhutanese women from actively participating in local politics. These were some of the findings of a new study released by NCWC with support of UNWomen in Thimpu today. 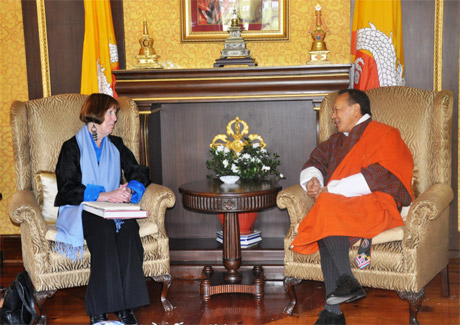 Commissioned by the National Commission for Women and Children (NCWC), the report, Women in Politics: Status of Women’s Political Participation in Bhutan is based on a survey with 822 women and 714 men in rural and urban areas of Bhutan during June and July 2011.

Currently, Bhutanese women have fourteen per cent representation in Parliament and seven per cent at the local government level. The report finds that a majority of women (57 per cent) are interested to join politics. They are, however, held back by constraining factors such as lack of education and training as well as limited involvement and skills in decision-making. They also suffer from low self-esteem and poor-self image, and have to carry the burden of being a housewife, mother and provider.

Key findings from Women in Politics

Bhutan has in place an adequate election system. The fairness of the electoral process at the local levels is commendable. However, the system needs to have inbuilt mechanisms to motivate women’s participation in local polls. “Specific laws or policies can also strengthen the political empowerment of women. Evidence from other countries shows that special temporary measures and mandatory positions for women can also make a difference,” said Ms Stenhammer.