Dhaka, Bangladesh - UN Women rolled out its project on ‘Empowerment of Women Migrant Domestic Workers in South Asia through implementation of Standard Terms of Employment’.

UN Women works with partners to create improved conditions of work, fair and decent employment for marginalized groups of women migrant workers, workers in the informal sector, and home-based worker across Asia. The project targets to open discussions with the governments on the Standard Terms of Employment for women domestic workers; with employment agencies to increase awareness on the employment policies and standardised contracts for their job security. 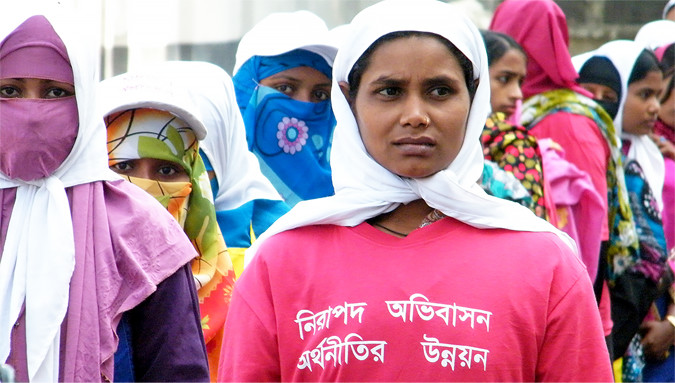 Women migrant workers contribute to the development of both sending and receiving countries. The number of migrant women has increased and constitutes now 48 per cent of the world’s migrants. Thirty years ago, women accompanied male spouse or relative’s decision to migrate, but today there is an increasing number of women who migrate independently. Also, 63 per cent of all global remittance flows to Asia and it is estimated that one out of ten Asian household is supported by remittances or as much as 10 per cent of the GDP in some countries. The World Bank estimated remittances at US$436 billion in 2014.[1]

While migration can bring new employment and opportunities, it also bears great risks for women, many of whom end up at the lower end of the job market. Female migrants often work as domestic workers and entertainers a euphemism for sex workers in unregulated informal sectors that do not fall under national labour laws.

Migrant women routinely lack access to social services and legal protection and are subjected to abuses such as harsh working and living conditions, low wages, illegal withholding of wages and premature termination of employment. The worst abuses force women into sexual slavery.

They agreed to work together on taking forward the role of ethical recruitment and standard terms of employment to protect labour rights and promote safe and secure working environment for migrant workers, in particular women migrants and those in precarious employment.

The 3.5 years project is supported by the Swiss Development Corporation and is managed by the UN Women Regional Office and shall be operating in four South Asian countries of India, Bangladesh, Sri Lanka and Nepal.

[1] More than 250 million people live outside their countries of birth, and over 750 million migrate within their countries. In the coming decades, demographic forces, globalization and climate change will increase migration pressures both within and across borders. Remittance flows to developing countries are estimated to have totaled $436 billion in 2014, an increase of 4.4 per cent over the previous year. Global remittance flows, including those to high-income countries, were an estimated $583 billion in 2014. Source: World Bank