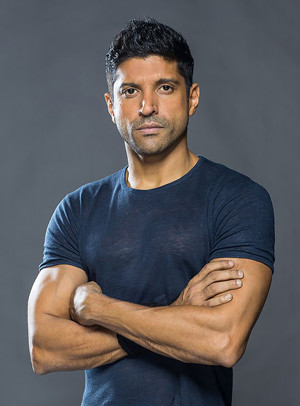 None of this: Eighteen-inch biceps. A moustache that supposedly proclaims your virility. 'Showing appreciation' by leering at girls on the streets. And stalking and harassing a woman until she 'falls in love' with you or hitting your wife or your partner; none of this defines a 'mard', which is the Hindi word for 'man'.

Here's what does define a 'mard', a real man, though. Showing respect. Supporting her choices. Standing up for a woman's right to live free from violence, from the fear of violence. Speaking up when that right is violated, and interrupting the cycle of discrimination she faces.

Research indicates that globally one in three women is a victim of physical, emotional or sexual violence. The perpetrators are often known to the victims - family members, neighbours, and often those responsible for looking out for the safety of women and girls.

Nearly four years ago, a young woman, a brilliant lawyer, who worked in my film production company, was murdered by the watchman of the building she lived in. She had tried to fight him off when he tried to rape her. That horrendous crime brought to the fore some critical questions. Where can a woman feel safe? Why does a woman always have to worry about where she is going, how she is dressed, and how she chooses to live her life? And will there be time when we can finally stop asking these questions?