The UN Women Safe Cities Programme, launched 17 August at Koki Market, is funded by the Australian Government. The program helps vendors and customers at the market gain greater access to economic opportunities and secure their right to enjoy public spaces and move freely without fear of harassment and crime.

The Programme will benefit the market’s estimated 250 vendors, 85 per cent of whom are women, UN Women’s Country Representative, Jeffrey Buchanan, said at the launch ceremony. 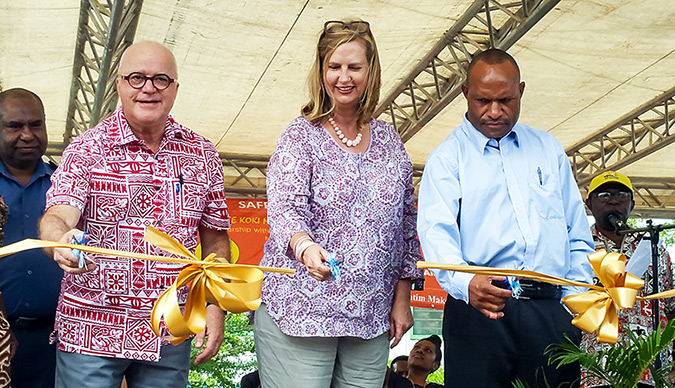 Buchanan said the Programme included activities such as safety audits of the market, a public media campaign promoting healthy relationships without violence, and support for the vendors to set up a vendors association.

As part of the Programme, a global security firm has been training the market’s 90 security personnel on how to prevent and respond to crimes. And on 26-27 July, the Safe Cities Programme organized a Market Bank Fair in which six financial institutions visited Koki Market and assisted vendors and shoppers set up savings accounts and learn more about financial products and services.

Five women vendors from Central Province, who currently spend nights in Koki Market, said the commencement of the Safe City Programme in Koki Market brought them hope of increased security in and around the market. 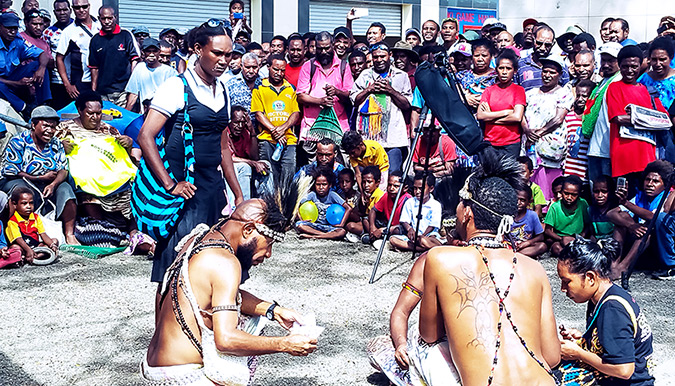 Australian High Commission Counsellor Susan Ferguson said: “We understand that creating a safer place for women and girls impacts on everyone. It helps women sell their produce more easily, and this flows on to families as women often re-invest their earnings in education, health and nutrition.”

Australia has supported the Safe Cities Programme since 2014, through its Pacific Women Shaping Pacific Development initiative. The Programme is currently operating at two other Port Moresby markets, Gerehu Market and Gordons Market.

Details of UN Women’s Papua New Guinea programme can be found at: http://png.unwomen.org