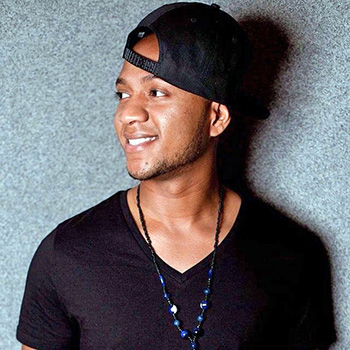 Best known for his riveting performances as an international Hip Hop star, Jay will dedicate his efforts as UN Women’s Youth Champion for towards inspiring young people to stand together to make the city of Port Moresby safe for women and girls and will serve as an advocate for UN Women’ and the National Capital District’s #SANAPWANTAIM (it is translated as “stand together”) campaign.

“We are thrilled and honoured to work with Jay, whom we believe embodies the values of our campaign,” said UN Women Papua New Guinea Representative Dr. Jeffery Buchanan. “The engagement of young people is critical for the advancement of rights of women and girls in the country of Papua New Guinea, and Jay’s tremendous passion will inspire young people across the country to see and start to live a new future where women and girls are safe to live their lives with dignity.”

"Being asked to join UN Women as a Youth Champion in their work to make Port Moresby safe for women and girls is truly humbling. The chance to make a real difference in my native country of Papua New Guinea is something I take very seriously and feel deeply personal about. The future of this country stands in the hands of our youth and let youth be a part of the solution,” said Mr. Lieasi.

(*) The Sanap Wantaim Campaign is funded by Australian Government

UN Women is the UN organization dedicated to gender equality and the empowerment of women. A global champion for women and girls, UN Women was established to accelerate progress on meeting their needs worldwide. For more information, visit www.unwomen.org.

UN Women is the UN organization dedicated to gender equality and the empowerment of women. A global champion for women and girls, UN Women was established to accelerate progress on meeting their needs worldwide.For more information, visit www.unwomen.org.

About the SANAP WANTAIM Campaign

A solidarity campaign established to rally men and boys throughout the city to stand side by side with women and girls as partners and allies, the campaign seeks to make the city safe for women and girls and inspire awareness, advocacy to action.  Launched by UN Women and NCDC, with the funding support of the Australian Government, the campaign calls upon men and boys, women and girls from all walks of life to conceive and implement activities that will embrace their role in making the city safe and drive the ambitious goals of the campaign. http://asiapacific.unwomen.org/en/countries/png/sanap-wantaim or join us on Facebook at Sanap Wantaim Campaign.

Related News
28/10/2016
Papua New Ginean U-20 Women’s Team Stands Together to Create a New Normal for Women and Girls
18/10/2016
Authorities making Port Moresby’s bus stops and markets safer for women
22/08/2016
UN Women and Australia expand public safety program to one of Port Moresby’s largest markets
09/06/2022
UN Women Pakistan and Nishat Mills Limited join forces to promote gender equality and safer workplaces
03/12/2021
Take five: “Don’t focus on yourself as the leader, but look at others and improve their lives.”
END_OF_DOCUMENT_TOKEN_TO_BE_REPLACED