Domestic help better off as 'not in family'

Bangkok, Thailand — Treating domestic workers as if they are "part of the family" may lead to attitudes that are likely to be detrimental to them, a United Nations (UN) Women study has found.

In the study released on Tuesday in Bangkok, focusing on migrant domestic workers in Thailand and Malaysia, researchers noted that many employers referred to their live-in domestic workers as "helpers" or as "aunties" and likened them to "family members". While these terms suggest close, affectionate ties, it is important domestic workers' labour be recognised as such, the UN agency recommends. 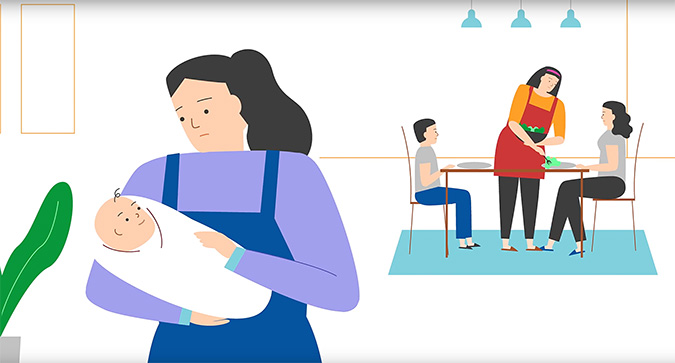 According to the study, an ill-defined relationship puts workers at risk of abuse, including long working hours that exceed international standards or poorly defined tasks. In some cases, employers may not respect their workers' rest time or days off as well as freedom to associate with who they like.

The model of treating domestic workers as "part of the family" is often viewed as problematic by both labour and migrant rights activists, as their status as workers is not recognised, the study titled "Worker, helper, auntie, maid?" further notes.

Researchers found, in practice, employers' attitudes towards domestic workers often shift between kin and hierarchical relationships. They may treat their domestic workers as part of their family at one moment and as an outsider and subordinate the next.

"The employer effectively has the power to move between the two models according to the circumstance to avoid the obligations of either at any given time," the study states.

However, workers have to put up with the downsides of both work and personal obligations.

Still, many domestic workers themselves seek out such relationships with their employers, according to the study.

More than half of domestic workers who took part in the UN agency's survey stated that a good employer was one that treated them as part of the family.

According to UN Women, this kind of relationship is not necessarily incompatible with good working conditions or respect for workers' rights.

Many employers claim to treat their domestic workers as if they were a "member of the family", but that is not truly the case, William Gois, a regional coordinator for the non-profit organisation Migrant Forum in Asia, weighed in.

"You don't see other household members sharing the tasks or burdens of the domestic worker," he said. "Let's not pretend … This is a patronising attitude of a benevolent employer or boss towards someone who is seen as being of lesser status or privilege."

While contracts between domestic workers and their employers is a first step toward protecting their labour rights, people's attitudes and mindsets must change to ensure good working conditions, he said.

Ariane Kupferman-Sutthavong is a news-reporter for the Bangkok Post, one of the big media in Thailand. This ariticle ariginally published in Bangkok Post on 22 December 2016.