Maid about the house

In Thailand as in other countries of the region, employing domestic workers has long been a cultural and social practice as much as an economic one. In the past, such jobs were routinely filled by girls from the provinces and while often overworked and grossly underpaid, they were usually absorbed into the family, which provided them with some kind of security away from their own loved ones. 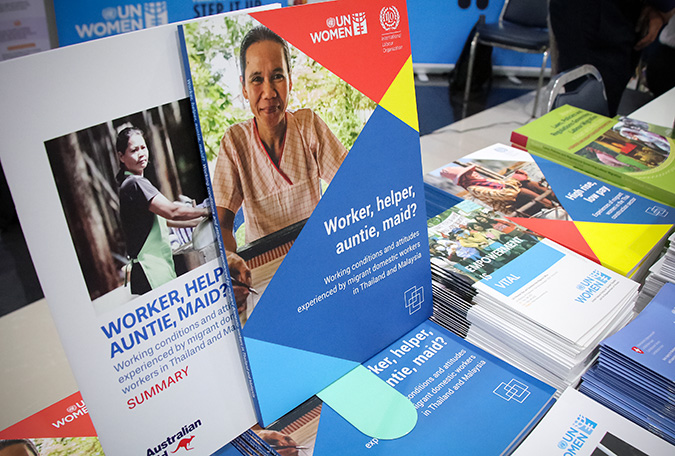 Today, domestic work has all but been taken over by migrants from Myanmar, Laos and Cambodia, most of them in the country illegally. They too in many cases become part of the family but unlike their Thai peers have no security and few, if any rights.

Their plight is addressed in a research study recently launched by the United Nations Women Regional Office for Asia and Pacific in Bangkok. The publication, entitled “Worker, Helper, Auntie, Maid?”: Working conditions and attitudes experienced by migrant domestic workers in Thailand and Malaysia” makes the point that while there is nothing wrong with these workers becoming “fictive kin” – the term used to describe non-familial relationships – they should also be protected by an employment contract that recognises their human and labour rights.

In Thailand, of the 250,000 migrant domestic workers from Laos, Myanmar Cambodia and Vietnam, many are unregistered and without a work permit. These housekeepers, nannies and caregivers are often caught between immigration law and employment law and excluded from labour rights and protections. As a consequence they are vulnerable to exploitative and unfair conditions.

In Thailand, employment conditions of domestic workers are mainly governed through labour laws. In Malaysia, however, immigration law is the principle instrument of governance, with labour law as a secondary focus.

By contrast in Malaysia, even respondents who felt that domestic workers should be treated as part of the family were supportive of written contracts, which can be put down to the fact that contracts are associated with immigration requirements and explicitly tie workers to employers.

For the workers themselves, closerelationships with their employees are governed by emotion and reciprocity rather than a contract. And, of course, these emotional aspects have a considerable impact on their experiences.

Perhaps that explains in part why workers surveyed for the study expressed a lack of enthusiasm for contracts, associating them with a lack of freedom to leave their job, thus affecting their ability to change employers. A less surprising finding was that up to 90 per cent of migrant domestic workers in both countries are paid below the minimum wage.

“People treat you badly when they think that you have no choice,” says one Myanmar domestic worker interviewed for the report. Another, also from Myanmar, says, “They say if they give high salary, it won’t be a family any more”. A domestic worker from the Philippines has similar grievances; “I won’t complain. If I complain they won’t let me go out. When I go out at least I can find another employer.”

William Gois, representative of the Migrant Forum in Asia, says that change must begin from the workers themselves.

“While history tells us that they struggle even if they work together to claim their rights, the ‘informed’ sector of society, such as feminist groups in Thailand for example, can bring their cases into the light.

“The close family environment is often created because the employer wants to hide something. He or she is worried that the migrant domestic workers will give away the family’s secrets or that they will run away with a boyfriend and leave the family in the lurch. This has to stop. Employers must create more space for the domestic workers, ensure they have days off and allow them to have a phone,” Gois continues.

“We need to deconstruct this ‘being part of the family’ mentality. It is symptomatic of the patriarchal system that can be traced back to the colonial period. We have to stop this attitude of ‘benevolent employer caring for someone with lower status’. It’s all very well to say, ‘well, she’s part of the family’ but you would never see a family member with this kind of job description. The employer is bringing an outsider into the family home so yes, it is important to build trust and confidence but in return the work space and the dignity of work that the domestic worker does must also be recognised.” 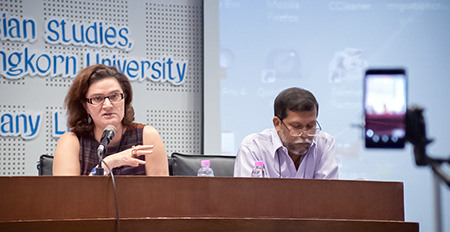 The findings and recommendations of the UN Women’s study are backed up by a 2011 Master Degree’s Thesis prepared by Ekachai Eutanpisit for the Faculty of Economics, Chulalongkorn University. Titled “Maids, Migrant Domestic Workers in Thai Households and State Protection”, it points out that the exploitation of maids raises questions about the state’s effectiveness in embracing laws and the governmental mechanism in protecting the rights of this group of workers. The expansion of the role of working women and the greater economic value that this implies has given birth to a need for low-paid female migrants to take over the housekeeping duties. While many are treated well, their poor working and living conditions are often ignored by employers and government agencies, the international labour organisation and state mechanisms ineffectively regulate the power of employers in private homes.

Ruchika Bahl, regional programme manager – migration, says blame should also be placed on the media for painting such a negative image of migrant workers.

One of the key findings in the publication to come out of the press analysis was the strikingly strong association made between “immigration” and “illegality” in such English-language newspapers as Malaysia’s New Straits Times and Thailand’s The Nation.

The negative images and discourses disseminated in the media contribute to creating a hostile environment workers, the report states, adding that in both Thailand and Malaysia, employers surveyed associated migrants with crime and were concerned about their potential as domestic workers.

Some of these embedded stereotypes and damaging images need to be challenged. One potential avenue for such change could be through the inclusion of the voices of migrant workers themselves rather than relying solely on police and other officials.

Ultimately, the publication proposes that laws and policies regulating migrant domestic workers’ employment experiences be brought in line with relevant international standards, including ILO Convention No 189. In the Asean bloc, the only country to have ratified it is the Philippines. In addition, employers and the public need to be educated more broadly about the rights and contributions of migrant domestic workers, emphasising that treating someone as “part of the family” should include respecting their human and labour rights. 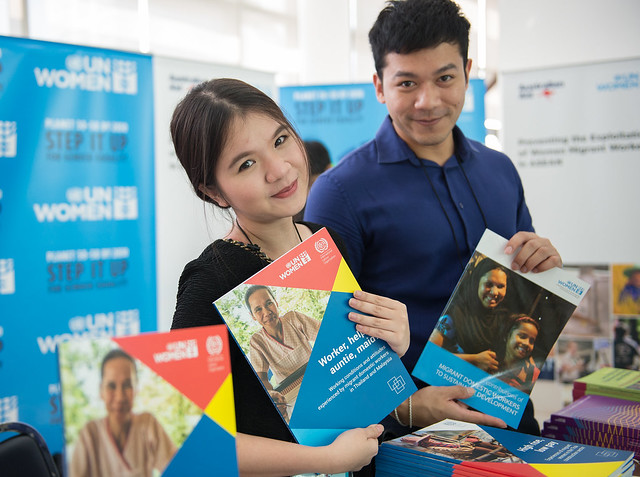 Kupluthai Pungkanon is a new reporter from The Nation, an english newspaper in Thailand. This article has been published in The Nation on 12 January 2017.

Related News
14/02/2017
Domestic worker rights video gets a staggering 15 million views in just one week
22/12/2016
Domestic help better off as 'not in family'
21/12/2017
Too many women migrants are working without clear, safe and fair contracts
05/11/2021
Businesses in Asia Unlock Growth and Potential Through Gender Smart Investing
29/10/2021
UN Women and European Union award gender-equality prize to Malaysia’s top private-sector companies
END_OF_DOCUMENT_TOKEN_TO_BE_REPLACED