UN Women Regional Office for Asia and the Pacific launched the UNiTE Song Contest to capture the spirit of the Secretary General’s UNiTE to End Violence against Women Campaign by inviting people to submit their own music video about ending violence against women. UN Women spoke with Ms Zolboo Dashmyagmar from the Forever Young Crew in Mongolia about the inspiration for their song for the UNiTE Song Contest. 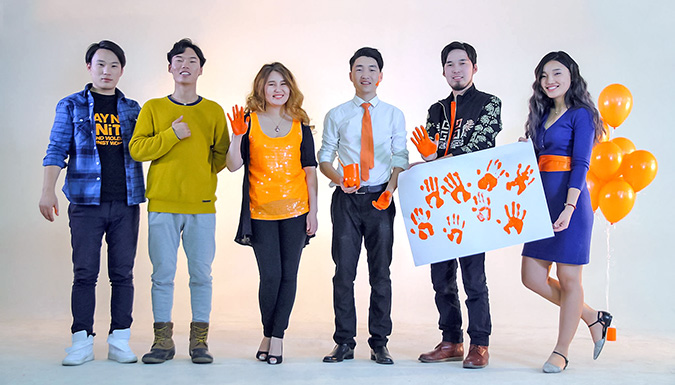 Our band is the Forever Young Crew and we love to make a positive impact with our music. Four years ago, we participated in the Orange Sessions, which are concerts organised by volunteers with the support from UNFPA to promote public awareness about gender-based violence. Several sessions have been held over the years at different venues all over Ulaanbaatar.

What was your inspiration to create this song?

Being involved in the Orange Sessions naturally led us to participate in the UNiTE Song Contest. We have been discussing gender-based violence and how we can contribute as artists to bring it to public attention and change social norms to say that violence is not acceptable. We think that the UNiTE Song Contest is a great opportunity to share our message and invite other musicians who share our passion to also contribute their song.

Why is the issue of gender-based violence important in Mongolia?

In general, people see domestic violence as a “private matter” and this public perception makes talking about ending violence against women difficult. In Mongolia, a law criminalising domestic violence was passed in 2004. However, there is a gap between the law and our lives. There is a culture of impunity for domestic and gender-based violence. This situation must change. We hope we can do our part to change the public conversation around this issue.

More on the UNiTE Song Contest