Jakarta, Indonesia — In her work for a non-governmental organization, Rika Rosvianti, 30, regularly uses commuter trains, motorcycle taxis and other public transport to meet with people and participate in social activities. Her experience has not always been nice. 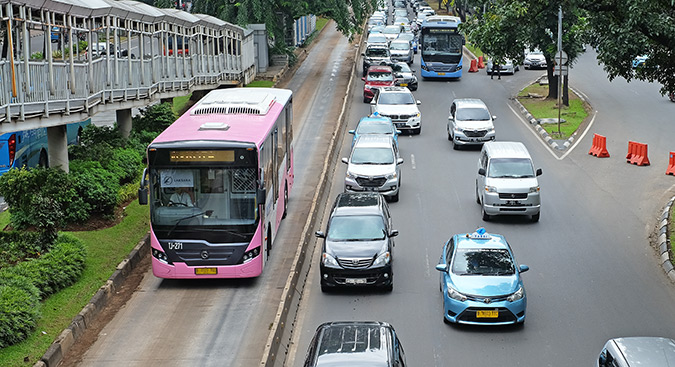 Many women and girls are concerned about their personal safety on Jakarta’s roads and public transport. Photo: UN Women/Radhiska Anggiana

“One day I took a motorcycle taxi to the office and the driver asked for directions by patting my thigh, and practically questioned me at every turn,” she said. “Though I had given him the directions, he kept tapping my thigh. Until I realized that he was not looking for directions, he just wanted to touch my thighs.”

Another Jakarta resident, Andrea Marici Juanti, 16, talked about the dilemma she faced after being elected vice chair of the student council at her school.

”That activity might require me to go home late in the evening,” she said. “My house is far and I fear potential harassment and violence when walking at night. Finally I decided not to take that opportunity. Had I participated in the student activities, I would have been able to develop talents and potential.”

For these and millions of other Indonesian women and girls, sexual harassment and violence in public places, and the fear of it, restricts their freedom of movement and opportunities to achieve their life goals. In response, UN Women launched its Safe Cities and Safe Public Spaces project in Indonesia in 2016. It is part of a global initiative started in 2010. 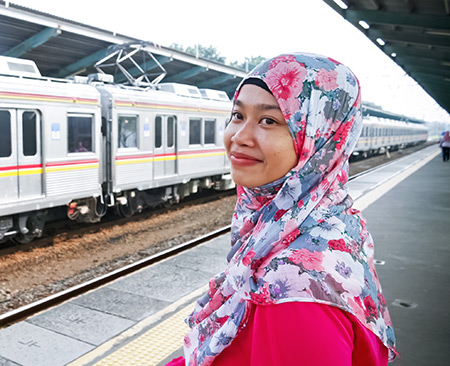 Rosvianti waits for a train to go to an event to raise awareness about sexual violence. Photo: UN Women/Radhiska Anggiana

This past April, the project completed a safety audit of public spaces and public transportation in parts of the capital to identify key concerns for the safety of women and girls and the types of violence they could face. The audit included walking through areas to determine what aspects make them safe or unsafe. A complete report is to be published soon.

The data will be used to raise public awareness of the problem and strengthen the ability of service providers and law enforcement and transportation authorities to prevent and respond to gender-based violence. The data also will be used to promote women and girls’ rights in cities and public spaces, and to advocate for appropriate policies and a gender-based approach in urban planning.

A report by Indonesia’s National Commission on Violence against Women said that in 2016, there were 259,150 reported cases of violence against women, with 3,092 of them occurring in public spaces. The Central Bureau of Statistics’ National Women’s Life Experience Survey in 2016 said 1 in 3 Indonesian women suffered from violence, and 36.3 per cent of violence occurred in the cities.

Related News
09/06/2022
UN Women Pakistan and Nishat Mills Limited join forces to promote gender equality and safer workplaces
24/11/2021
Take five: “The justice system must be responsive to persons with disabilities.”
27/05/2021
Take Five: “The role of women in building international peace is increasing, but needs more of us to step up”
09/12/2020
“Through the shelters, the bond among returnee women migrant workers is stronger.”
09/12/2020
“Violence doesn’t stop. Services should continue during COVID-19.”
END_OF_DOCUMENT_TOKEN_TO_BE_REPLACED