From Where I Stand: From Survivor of Violence to Women’s Rights Advocate 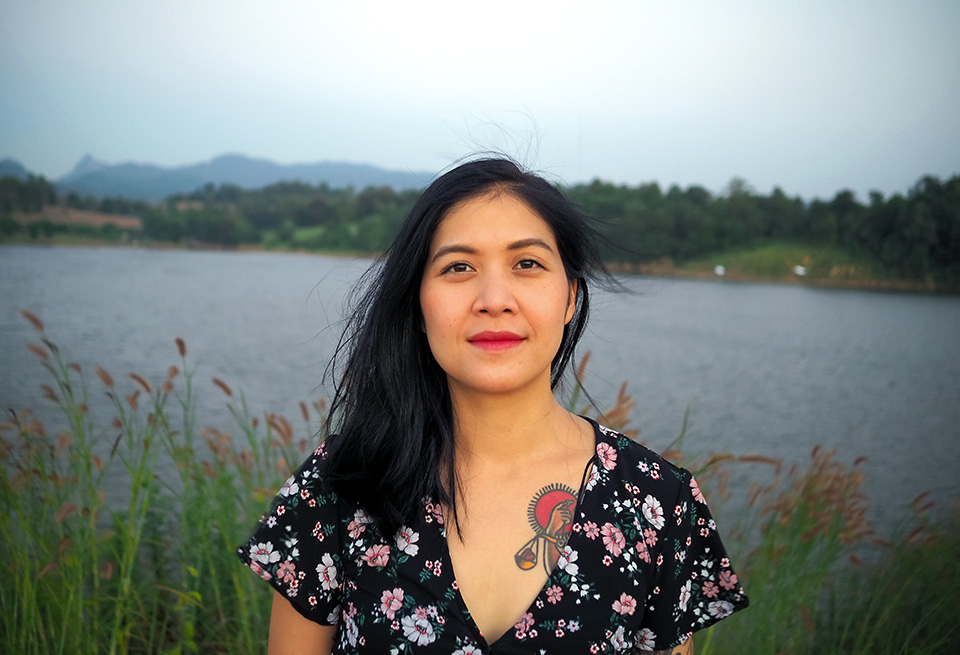 Busayapa Srisompong, a survivor who turns to a lawyer specializing in gender-based violence. Photo: Courtesy of Maximillian Morch

Violence against women is considered normal in Thai culture. It is justified to the point that most survivors of domestic violence are pushed back into abusive relationships. Stuck in the cycle of violence, the survivors often face harsh social pressure and blaming every time they speak up.

I know this all too well, as a women’s rights advocate, human rights lawyer and a survivor of violence who had to bring my own case in front of the Thai justice system.

After I received a degree in law, I left Bangkok and moved to the north of the country to support marginalized people along the Thai/Myanmar border. That is where it all happened. I was physically abused by my ex-partner in a place hundreds of miles away from my family.

Despite being a lawyer specializing in violence against women, when it happened to me, I couldn’t get out of it. I stayed with him. Each time he abused me, I forgave him, believed his promises to change and thinking I would be able to help change him. I was able to help other women facing the exact same situation, but I was unable to help myself.

Thankfully, I finally found the courage to speak up and my friends were a great support. I filed a report against him, which initially did not get the police’s attention. The next time I went to the police, I brought my law books with me. That report I filed made it to the court and my ex-partner was charged and found guilty.

I now know that violence can happen to anyone, and that access to justice is not always available, not even to a well-educated lawyer. Speaking up and reporting the violence can be challenging because of the insensitivity of law enforcement and the obstacles to initiating legal proceedings.

This experience made me realize my mission in life: that I want to end violence against women and de-normalize the violence culture in Thailand, remove these obstacles to legal action and to make justice available to everyone. I created the project SHero, based on an image of a female hero, meaning anyone can be a hero and make a change. I also started the #ithappenedtometoo movement to help other women feel empowered to raise their voices and to start a conversation against justification of violence.

I believe that if one ‘SHero’ can create changes in his/her community, thousands of ‘SHeroes’ will make Thailand a country free from violence.

Busayapa Srisompong, 26, a survivor of domestic violence, is a pro-bono lawyer specializing in gender-based violence in Mae Sot, Thailand. She started #ithappenedtometoo campaign and created the project SHero. She is speaking at E.Quality talks, organized by UN Women Regional Office in Asia and the Pacific, as part of UNiTE campaign in support of 16 Days of Activism against Gender-Based Violence campaign. Her work contributes to Sustainable Development Goal 5, which aims to ensure gender equality and end violence against all women and girls, as well as Goal 16, which aims to promote justice for all.

Related News
08/03/2022
New UN Study says Fear, Violence, and Isolation Prevents Myanmar Women from Accessing Income and Healthcare
15/03/2021
I am Generation Equality: Net Supatravanij, Thai social entrepreneur and activist against gender-based violence
10/03/2021
This is what leadership looks like: Nan Zar Ni Myint empowers migrant domestic workers in Thailand amidst the pandemic
10/12/2020
Ending violence against women cannot be done by one sector alone
09/12/2020
“It fulfils and motivates me when they say ‘Thank you’, when I see them empowered, knowing where to seek help.”
END_OF_DOCUMENT_TOKEN_TO_BE_REPLACED