Bangkok, Thailand — With a recent gender-sensitivity training for 60 public prosecutors, UN Women is continuing its efforts to help Thai women who have experienced violence to secure justice.UN Women organized the Training Workshop on Criminal Justice Processes on the Protection of Women on 23-25 January in collaboration with Thailand’s Office of the Attorney General and Thailand Institute of Justice, a state-established organization. 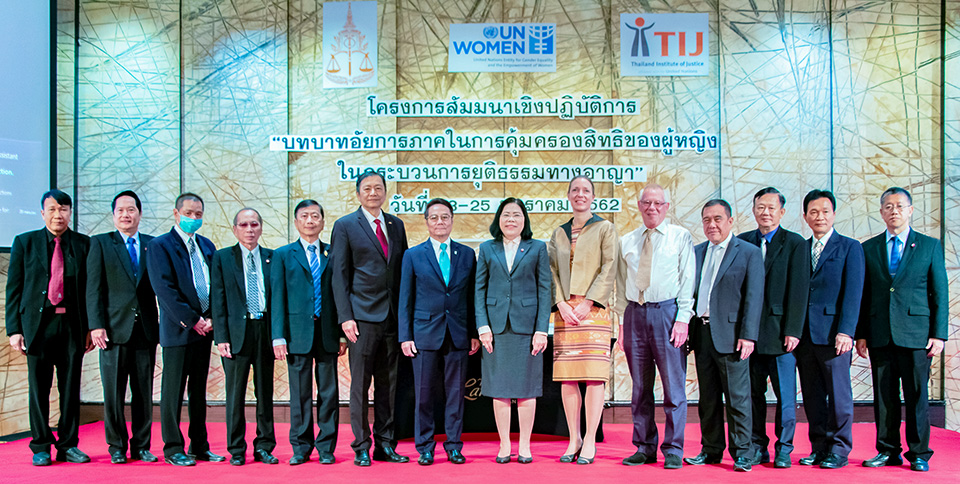 Organizers, speakers and participants at the training for public prosecutors pose for a group photo on opening day on 23 January. Photo: UN Women/Buris Nawong

Speakers from Thai government agencies and non-governmental groups involved in assisting female victims, and an academic expert from Scotland, shared insights and experiences in providing justice services to women. The prosecutors learned more about and discussed legislation on violence against women, the roles and responsibilities of public prosecutors, protection of women in the criminal justice process, forensics and psychology of women, and protection of female migrant workers. 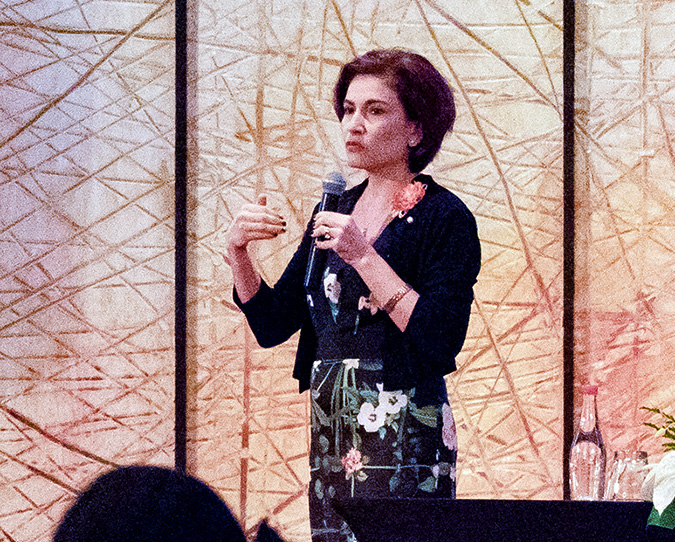 A UN Women specialist on violence against women presented findings from the The Trial of Rape, a study released in late 2017 by UN Women, United Nations Office on Drugs and Crime, and United Nations Development Programme. The study said most sexual assault victims in Thailand and Viet Nam face serious challenges in obtaining justice, in part because discriminatory attitudes and practices – including by prosecutors, judges and police -- block them at every stage of the justice process from initial reporting to trial. 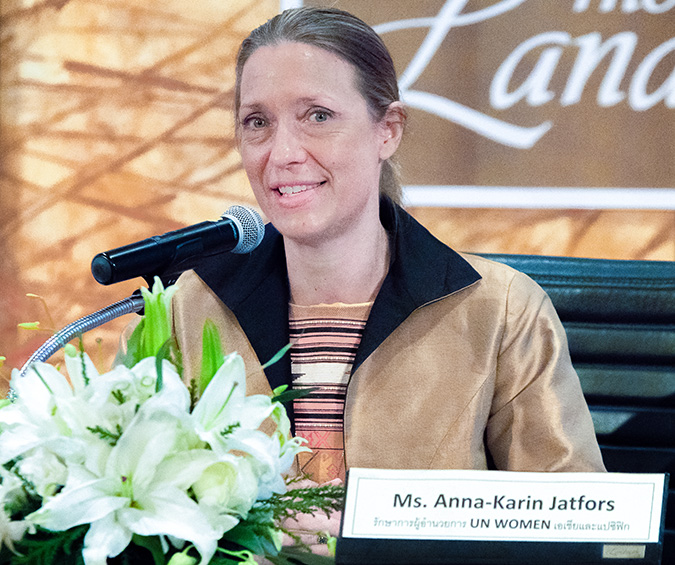 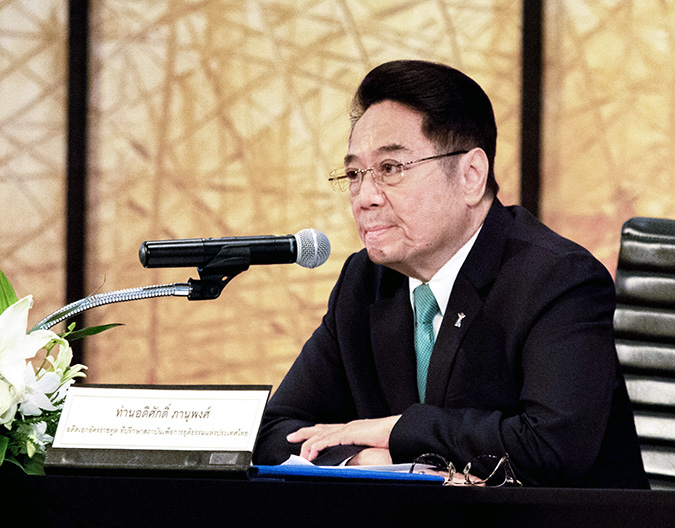 Anna-Karin Jatfors, acting Regional Director of UN Women Asia and the Pacific, said at the training: “The right of access to justice for women is a fundamental component of the rule of law, good governance, and human rights guarantees. Enhancing the ability of women to access justice is essential for reducing gender inequality and discrimination, and for furthering development and human security.”

UN Women has been working closely with the Office of Attorney General and Thailand Institute of Justice to strengthen the criminal justice system in Thailand. This year, the partnership focuses on strengthening legislation on violence against women and building the capacity of justice authorities to end this violence and increase women’s access to justice. 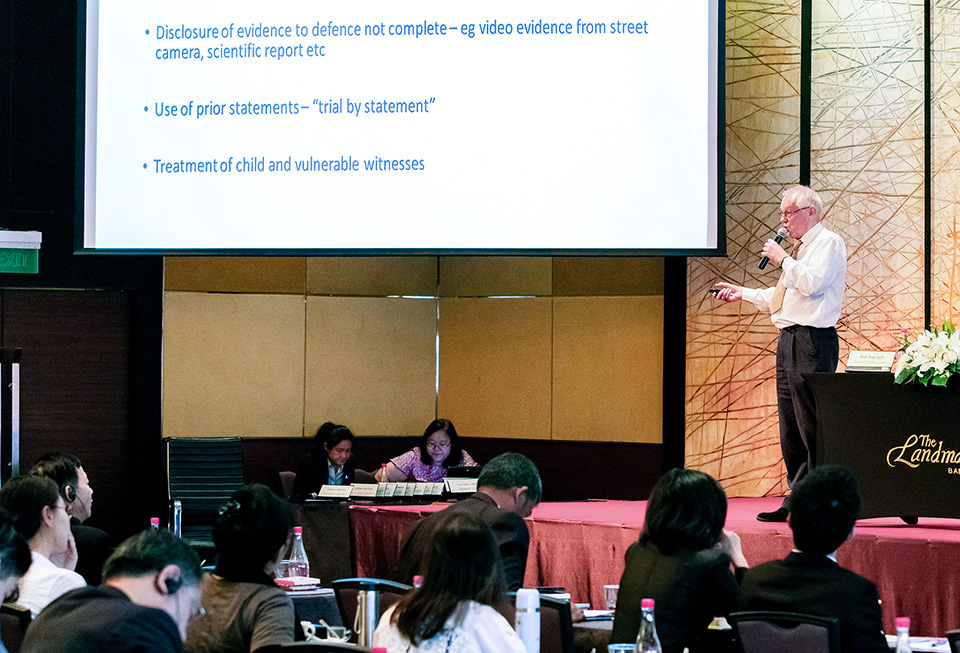 Prof. Peter Duff from University of Aberdeen, Scotland, discusses international practices on protection of women in the criminal justice process. Duff was among the speakers at the training for public prosecutors. Photo: UN Women/Buris Nawong
Related News
08/03/2022
New UN Study says Fear, Violence, and Isolation Prevents Myanmar Women from Accessing Income and Healthcare
15/03/2021
I am Generation Equality: Net Supatravanij, Thai social entrepreneur and activist against gender-based violence
10/03/2021
This is what leadership looks like: Nan Zar Ni Myint empowers migrant domestic workers in Thailand amidst the pandemic
10/12/2020
Ending violence against women cannot be done by one sector alone
09/12/2020
“It fulfils and motivates me when they say ‘Thank you’, when I see them empowered, knowing where to seek help.”
END_OF_DOCUMENT_TOKEN_TO_BE_REPLACED