From where I stand: “I have to train harder to be seen at the same level as the male fighters.” 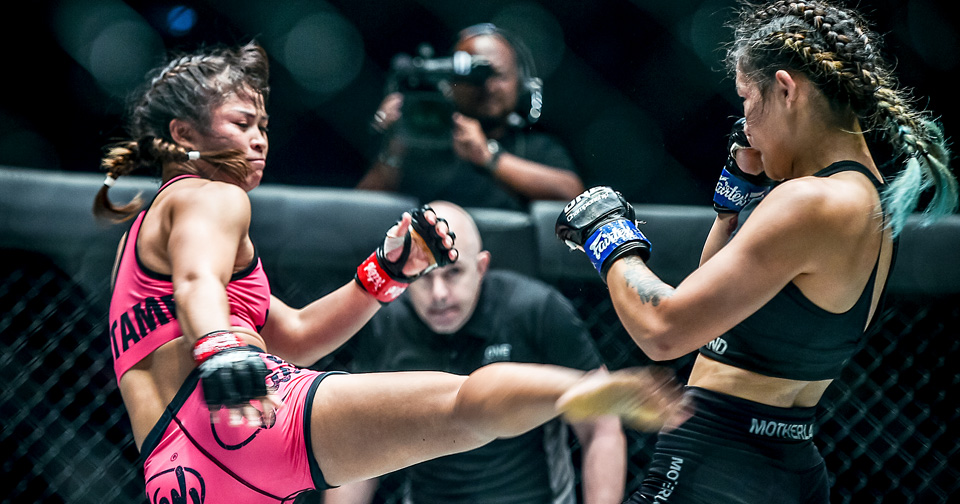 Stamp, left, at the ONE: DREAMS OF GOLD competition in Bangkok on 16 August. Photo: ONE Championship

“I was born on a farm in Rayong, a province just a couple hours south of Bangkok, Thailand. I started muay thai at the age of five to combat the bullying that I faced in school because I was shorter and smaller than most of the other students. My father was also a muay thai fighter and I joined his gym, which started my journey into martial arts.

When I started training, I was the only woman training in the gym. Often, I had to train around men, who would speak about naughty things and make uncomfortable jokes right next to me. Also, all the trainers were male, so I had to train up close with only men because they were the only trainers available. I have to train harder to be seen at the same level as the male fighters whom I train with. 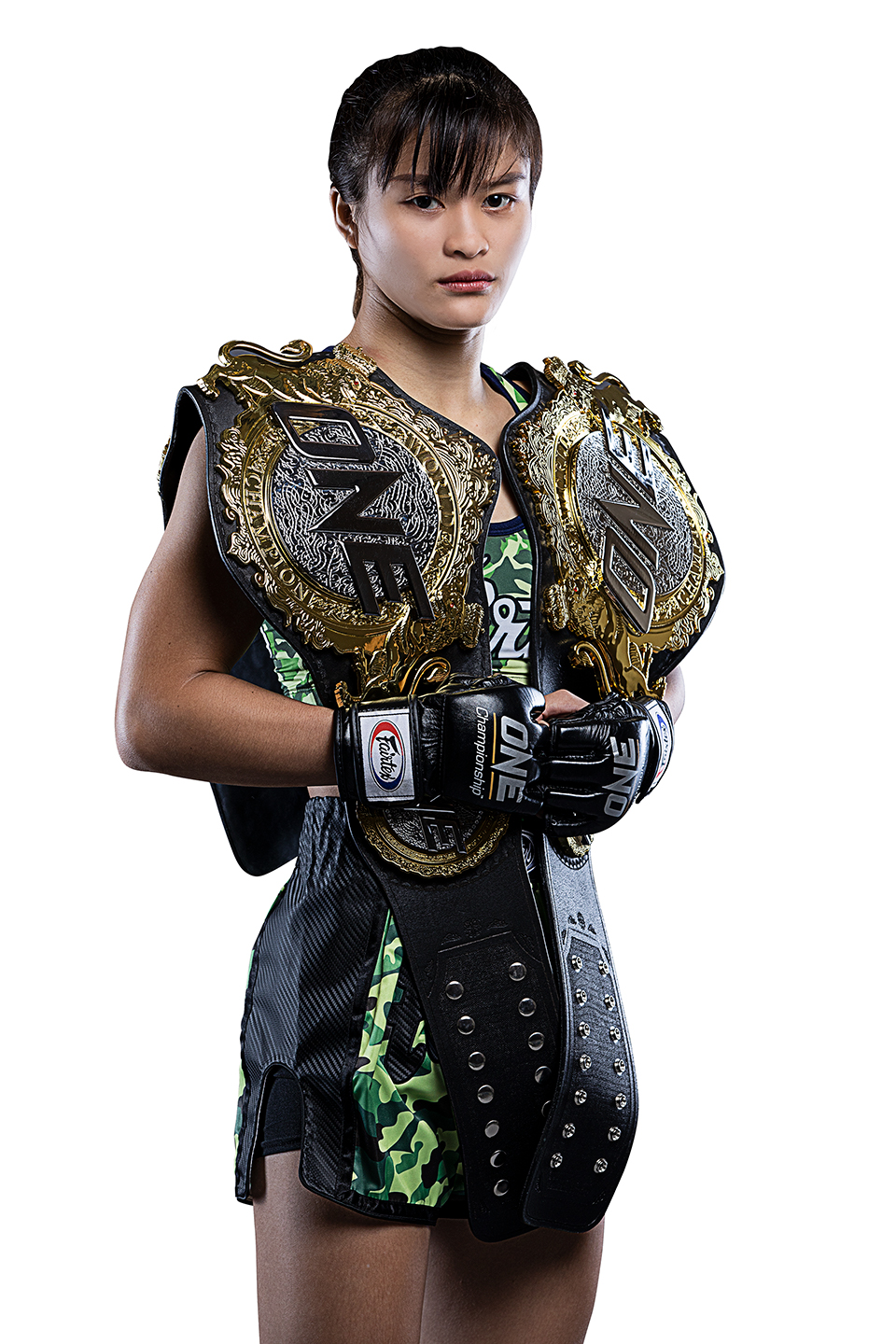 Stamp, a champion. Photo: ONE Championship

After years of training, I finally won both the ONE Atomweight Muay Thai World Title and the ONE Atomweight Kickboxing World Title. I was the first person to hold two ONE Champion titles in different sports; no man has even achieved this. Now I am aiming to win the world title in mixed martial arts and be the first woman to win three championships in three different sports.

I know now that I might be an idol for little girls who are interested in fighting, or who may be struggling with bullying or stereotypes. I just want to show these girls that they can be role models in their communities and challenge gender norms.

You have to try to stand up. You cannot let people or society bully you because they will just continue. You have to put your foot down. I want girls everywhere to know they can succeed in male-dominated fields.”

Stamp Fairtex, 21, has become a role model for girls around the world who want to enter male-dominated sports. Her determination supports United Nations Sustainable Development Goal 5, which aims to end all forms of discrimination against girls and women everywhere.