Journeys out of the Ordinary | Abegail 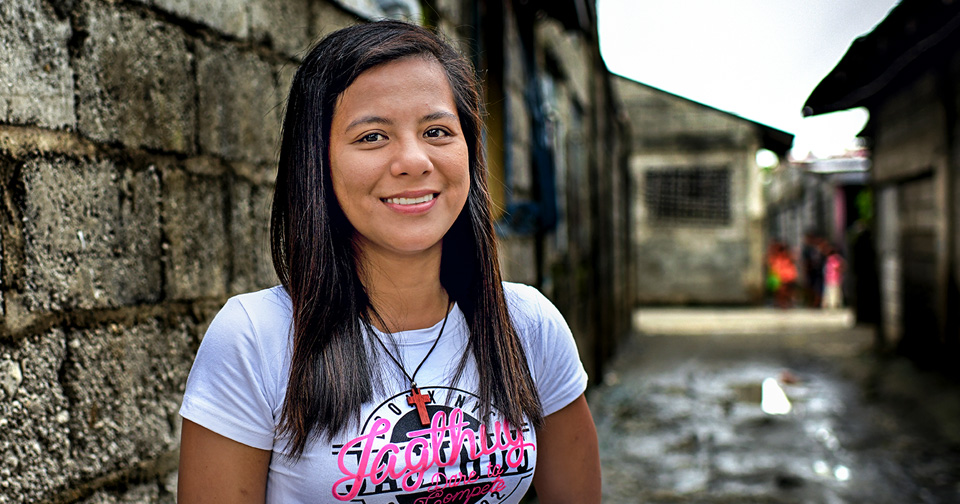 My journey started when a woman in my village connected me and several other women to a “recruitment agency” offering waitressing jobs in Malaysia. We were brought to Manila, to “process our paperwork”. Some of the women were actually minors, and when some of us didn't have money for the “processing fees”, the recruitment agency said that they would cover all of the expenses and that it would be deducted from our salary when we started to work in Malaysia. My younger sister was with me, and she was only 17.

When it came time to leave, we were told that we couldn’t fly due to bad weather and we boarded a boat instead. I felt a bit suspicious, but since there were 17 of us I ignored the feeling and thought it was probably OK. But I should have trusted my feeling.

We arrived in Mindanao and were made to stay in a house to receive job training before going to Malaysia. But instead of train us to cook and wait tables, they made us drink alcohol and smoke cigarettes. Then some of the women were taken away to do video calls with men.

Throughout this time I made a lot of excuses to the "recruiters” for why I didn’t want to do this, because I was getting scared.

When it was time to go to Malaysia, the “recruiters” confiscated our phones and told us what to say and how to act when going through immigration. They noticed that I was scared and that I knew what was happening, and they threatened us with guns. We were terrified.

But at immigration, my sister and another young girl were then taken aside by someone who appeared to be an NGO worker, who suspected that they were being trafficked. Then two police officers came and took them away. But I had already passed through immigration and was forced onto a boat with the other women who had gone through.

I couldn’t stop crying. I was really scared, and I was worried about my sister. Then I noticed that the boat was turning around, and when we got back to the port I heard someone calling my name. There were uniformed men with guns. They brought me to a room, and I saw my sister and we cried and cried. The uniformed men asked me the names of the other women, but unfortunately I didn't know their full names, so we weren't able to help take them out of that situation. In the end, only five of us made it back.Then we were met by someone from an NGO that helps migrant women and trafficked persons. They brought our families to where we were and helped us to get home. Members of the organization also helped us to recover from our trauma, and now I’m very active in the same organization. I attend trainings and help other migrant women to be aware of illegal recruitment and how to claim their rights.

I began attending a livelihoods training given by the NGO too, and with small capital now I have my own small business and an income for myself! Every time there is a training, I always go, and any time I hear that women migrant workers have faced illegal recruitment, trafficking, or abuse, I help them.

My message to women at risk of trafficking is: “Many of the agencies offering work overseas are just fronts for human trafficking. If you have any suspicions about a “recruitment agency”, do your research to find out if they are legitimate.”

Related News
26/11/2019
Journeys out of the Ordinary | Tasini
26/11/2019
Journeys out of the Ordinary | Carina
01/02/2022
In the words of Tarikul Islam
22/12/2021
In the words of Police Lieutenant Colonel Melbeth Mondaya: “Protection and education for girls is especially important because they are the key to women’s empowerment.”
20/12/2021
In Cox’s Bazar, gender-responsive policing efforts build trust with Rohingya women and girls
END_OF_DOCUMENT_TOKEN_TO_BE_REPLACED